The Story Of Vampire, A Criminal Who Started Killing When He Was Still 12 Years Old - Opinion

By Topgister (self media writer) | 10 days ago

History holds multiple records of many people who committed terrible crimes. One of them is the famous Nigerian, Henry Oniekachi Chibuese, who is popularly known as a vampire. Henry was not only a terrible armed robber, but also a dangerous person, murderer, and kidnapper without a conscience. Henry terrorized the town of Imo before finally crashing into his Waterloo. Even his own mother described him as a bad boy, saying he behaved like someone possessed by an evil spirit. 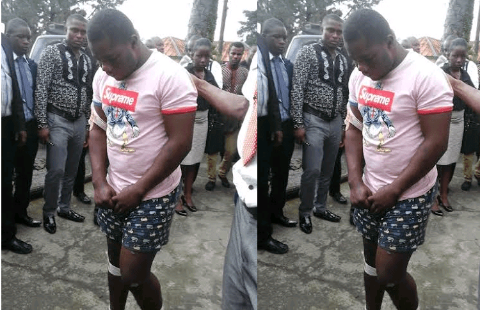 Henry was born in 1981 and has been obsessed with crime ever since. Unlike other popular criminals who started committing heinous crimes as a teenager, Henry was evil from a young age. Henry killed his first victim when he was 12 years old when the two had a fight at school. Henry was still in first grade when he killed his classmate. He has to leave school in elementary school 5 and his father has to take responsibility for his crimes.

Even when Henry dropped out of school, he refused to learn any skills, instead choosing to bond with several other bad-blooded people identified as hunters. The hunters who were from neighboring communities, used heavy drugs and committed many crimes. They stole people's animals, sold and on some occasions ate them. 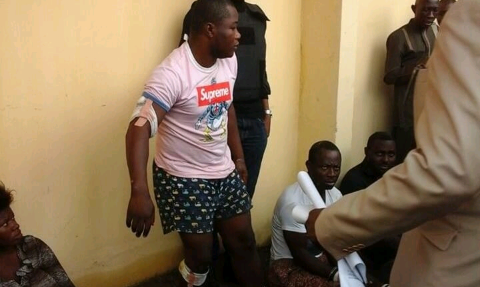 Henry's mother revealed that they did everything in their power to hold him accountable, but to no avail. Because of the shame and embarrassment that Henry brought home, his father developed high blood pressure and later died. Even his family members had to leave their own village house because Henry was willing to kill anyone.

Henry scared everyone in Imo state, Nigeria for five years as a criminal. He started kidnapping people in 2000, claiming that he entered the kidnapping business because he was not trained by his family. 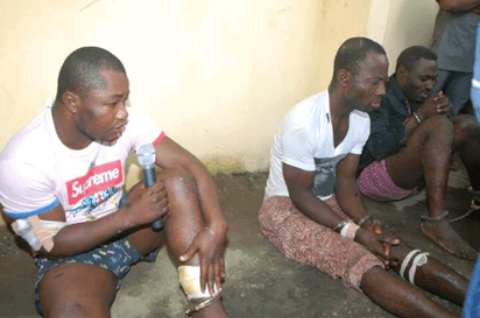 He killed the people he kidnapped when they failed to pay ransoms or call the police. Henry also killed his own girlfriend, identified as Sandra with claims that she ran away with his money. He killed her and everyone in her family just for the money she allegedly stole. Even his wife and daughter didn't know he was a criminal, they all thought he was selling cloth in Ghana.

Nemesis finally caught up with Henry and he was shot dead by several police officers (Death by firing squad) on March 2, 2017. He was murdered in the parish of Ikverre, Rivers state. Prior to his death, Henry confessed to killing more than 200 people, including his girlfriend and her family. 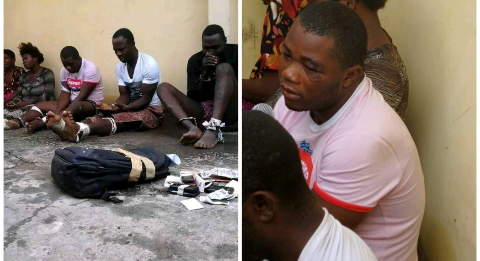 This story should serve as a warning and eye opener to parents who condole bad behaviors their kids start displaying from their tender age, don't allow your work or the love you have for your children prevent you from scolding and correcting them. Train up your child in the way he/she should grow and make sure he/she don't go astray. Please what are your thoughts concerning this story, don't forget to share and follow our page for more spicy informations.