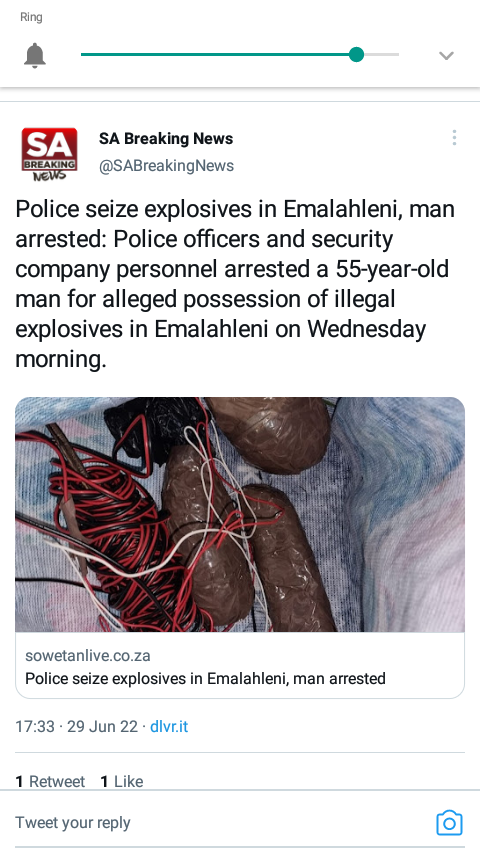 After pursuing a group of males outside of a housing complex in Emalahleni on Wednesday morning, the police were able to confiscate explosives from the scene. A man in his 55th year was taken into custody.

On Wednesday morning, law enforcement police and security business employees worked together to place a 55-year-old man under arrest in Emalahleni on suspicion of being in possession of illegal explosives.

"According to the police report, guards from CSC Tactical Security were on duty monitoring CCTV footage at Marelden Estate when they spotted a group of suspects suspected to be armed passing the grounds while wearing balaclavas. The suspects were seen walking past the estate. They summoned the police for assistance," the spokesperson for the Mpumalanga police, Brigadier Selvy Mohlala, said.

The individuals under suspicion rushed into the nearby bushes.

The individual was taken into custody and charged with having explosives in his hands.

In light of the fact that the investigation was still ongoing, the police stated that they could not rule out the potential of bringing more charges against him.

On Thursday, the suspect is scheduled to make an appearance in the Emalahleni magistrate's court. 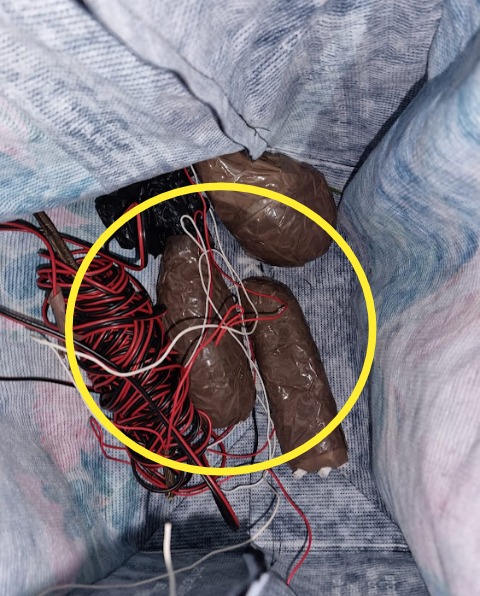