A murderer told a pupil these words before stabbing her to death. 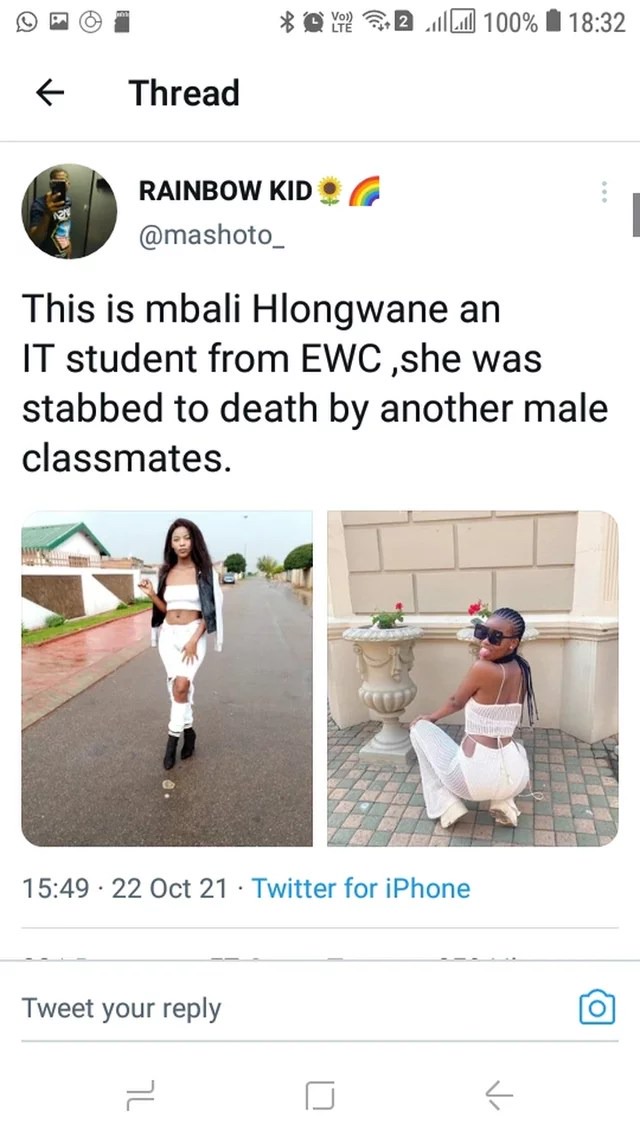 Jealousy may be addressed in a number of ways. Others fail to conceal their envy, turning it into hatred, while others love themselves enough to transform it into a source of inspiration.

Witchcraft is a byproduct of envy, and the information we got today is no exception. 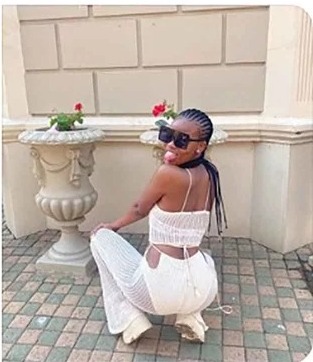 "There is a lady who lost her life simply because she qualified for her college final exams," a murderer told a pupil before stabbing her to death.

Mbali Hlongwane was an information technology (IT) student at Ekurhuleni West College (EWC). Mbali was stabbed twice by a male classmate. 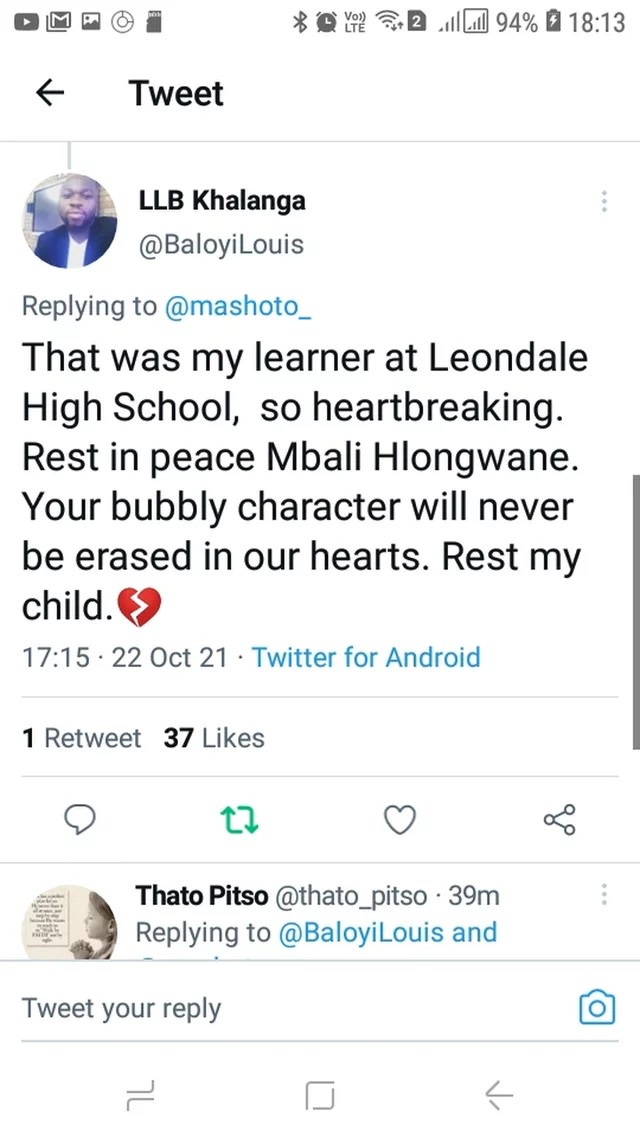 According to Sylvia Molina, who claims to know more about the crime, Mbali was stabbed in the neck and armpit. Her colleague attempted to help Mbali, but it was too late, she alleges.

The fact that Mbali is the reason her assailant was able to pass one of the exams hurts the most, Sylvia adds. He began shouting abuses at Mbali, she alleges, while they were in a WhatsApp group conversation.

A screenshot from WhatsApp group talks was shared on Twitter.

Saki, a male in this snap, is ranting at Mbali and telling her that she will be in the hospital the next day because he was going to jail.

Mbali would not be permitted to take the exam, he promised her. He added that as a result of her, he will be imprisoned and that Mbali will be his employee for the rest of her life when he is freed. 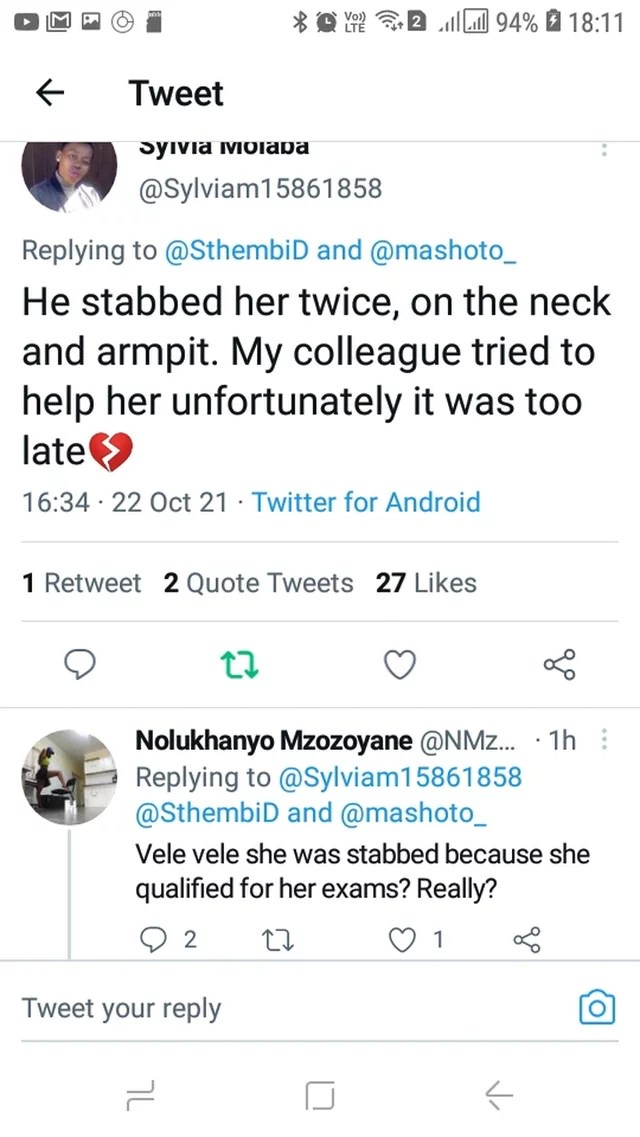 He also told Mbali that he had reached a stage in his life where he was prepared to sacrifice anything. The man's photos were also shared on Twitter, sparking concerns that he may be mentally sick.

According to Baloyi Louis, Mbali attended Leondale High School. He described her as having a joyful demeanor that he believes will live on in their imaginations for the rest of their lives. 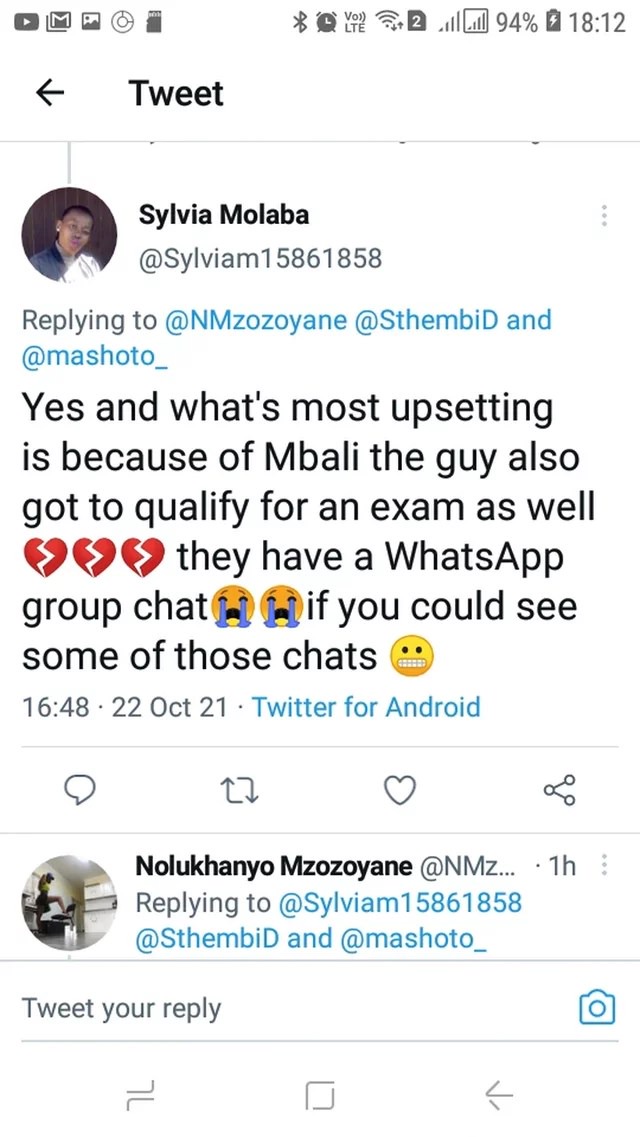 Opinion: Mbali's assailant, in my opinion, is deserving of judicial action. Because he looks to be unable to manage his fury and envy, he does not deserve to be released on bail. He has no business being in the presence of youngsters. May Mbali's soul rest in peace. 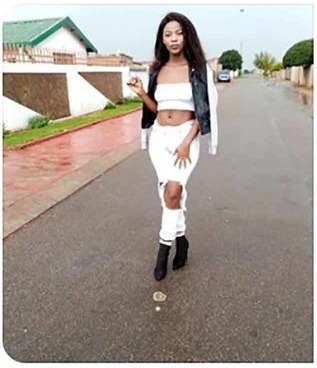