South Africans took to Twitter to share their thoughts after it was discovered that a lady who was allegedly hijacked and abductied on Wednesday evening. Social media users decided to raise awareness on the issue after a post was sent out in Facebook asking for help, many weren't expecting how big the story would turn out to be and it seems like the alleged victim didn't either. A person claiming to have responded to the call pro-bono has come out with shocking information about what happened. 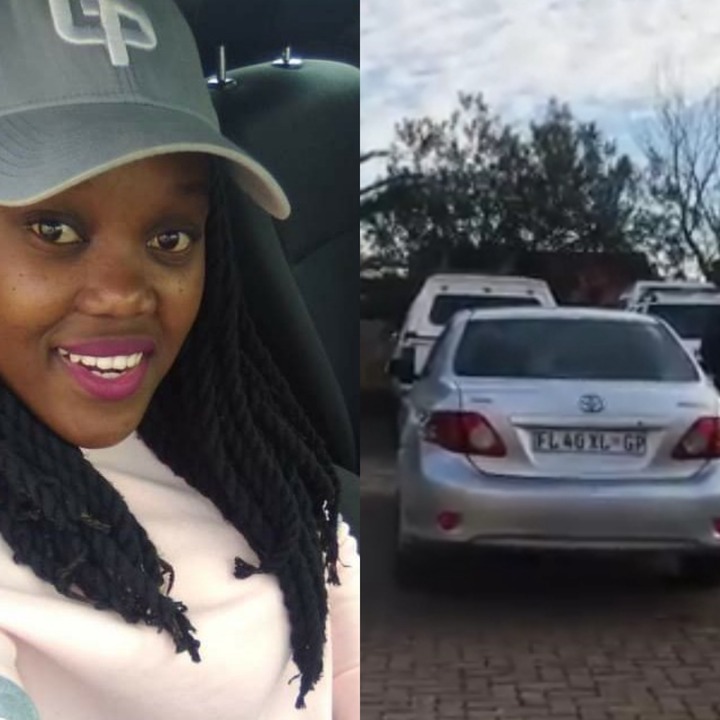 Blessings Ramon shared the information on his timeline and many felt undone considering the emotional, physical and financial implications this case had on a lot of people. People stayed up until the early hours of the morning following her case and mobilizing help, however this revelation seems to put a new twist to the story. According to the man known as Chris Mbedu, he stated that he decided to react and follow up on the information that was shared on social media. 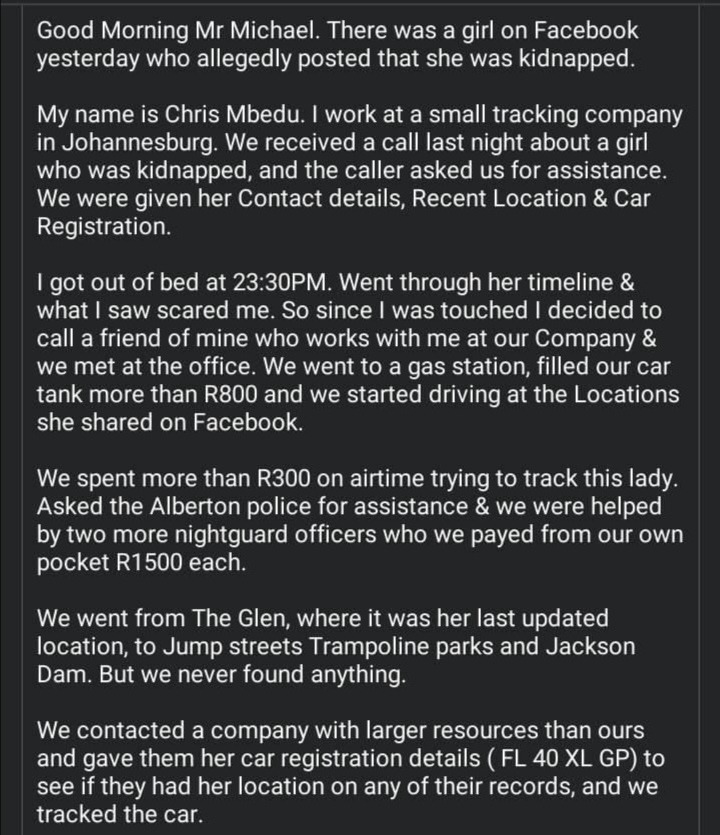 He claims to have responded to the call with a colleague at around 11 PM and drove to all of the locations she kept on sharing on Facebook using R800 from their own pockets ans alarted the police in Alberton as he last location suggested with the help of the police. The man then stated that they also received the help of two more night guard officers who sent R1500 from their own pocket.

After a lengthy search they decided to enlist the help of a tracking company with more resources. To the shock of the people who were in scene, the car was tracked to her home address according to this post. He then went on to share that she then drove herself to the police station which raised suspicions over the authenticity of the case. 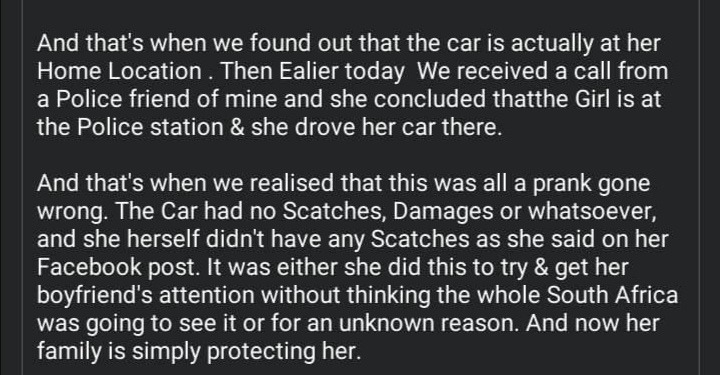 The post went on to detail that the car had no scratches or damage whatsoever and she also had no visible wounds and she had stated in her post. The man then came to the conclusion that she could've did this to get the attention of her boyfriend or it could've been a prank gone wrong. He encouraged the lady to contact him and his company to clarify how she escaped and managed to drive her self to help which goes against her prior posts. 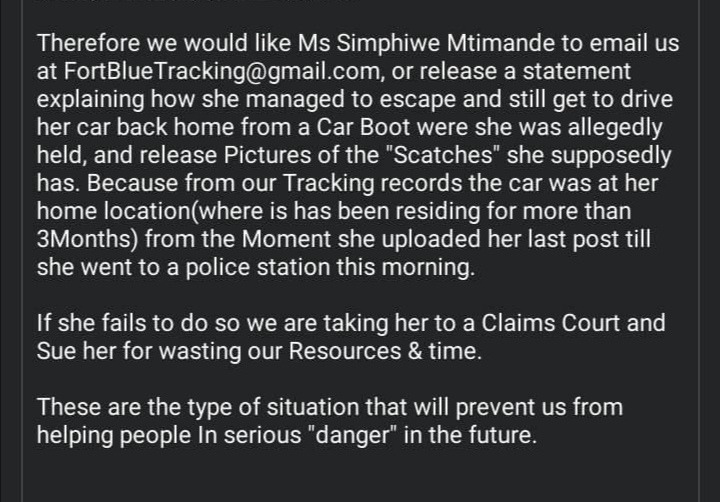 Tweeps were dissapointed after Fondo this information as many tool to react about the resources they used to try and help. This is definitely a huge blow and will cause the public to be more skeptical with such case in the future, when someone could be in real danger. She is yet to reply to the allegations and case and put against her and many are looking for an explanation.

Take a look at some of the reactions from Twitter below : 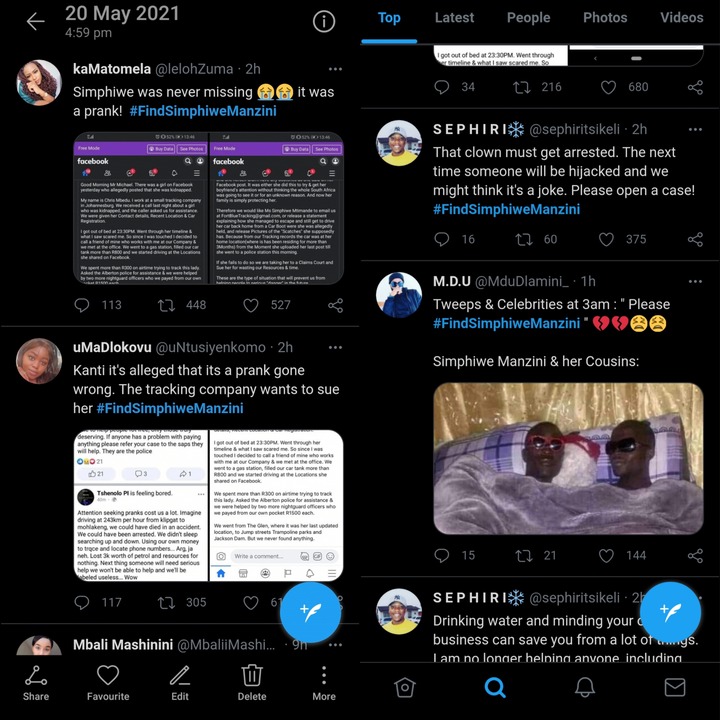