By CleopatraMH (self meida writer) | 1 months 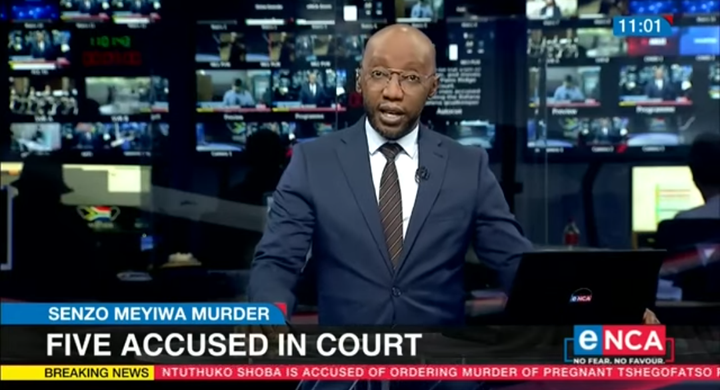 Senzo Meyiwa's murder case has been on going for six years now. The case has had a lot of media attention and new developments followed I this fashion :

The case was previously post phoned to 05 March 2021. The five suspects were arrested a month ago and this is only the second month that proceedings have started. They made a brief appearance in court and it was postponed to 25 October 2021.

The indictment was supposed to be read to the suspects have been known to be vocal in the past but they followed all protocol and were silent in court. One of the things that transpired in court  was :

* The mastermind who was responsible for orchestrating the shoot out has not been arrested yet.

• Accused number two and accused number three mentioned that they are being tortured and insulted inside the cells and they do mention that they've tried to get help from their councils however their efforts have been futile.

• The trial was postponed 25 October 2021 which will be held at palm ridge high Court.

There has been an advancement as the suspects have opted to have legal representatives and today they were standing in the dockets. It was a quiet a strict day and the legal protocols are being observed.

Advocate Gerry Nel the representative for Senzo Meyiwa's family mentioned : " I have indicated to me that they collected even more evidence against the mastermind so I'm very disappointed as the mastermind has not been arrested. The most important issue according to Senzo Meyiwa's case was in this indictment. That is a crucial issue, today things looked good and now we have to see what happens as far as the case is concerned because it atleast allows for a set of facts there. "

Senzo Meyiwa’s family is concerned as they had a visit by the minister of police a month ago who said there is a mastermind who is behind Senzo Meyiwas killing. So far they are happy that the case is proceeding but they want to see the master Mind before the case proceeds forward.

Content created and supplied by: CleopatraMH (via Opera News )

Signs that your partner is not over his or her ex.

I'm Confused and Burdened I Want To Quit My Marriage, This ls not What I Wished For - Woman Cry Out