Watch: Another Big House Demolished by A TLB in Limpopo After A Couple's Fight

By NewsFlashMedia (self media writer) | 13 days ago

Earlier this year a TLB made headlines after demolishing a flashy and classy house in Mpumalanga. The double storey house was built by a man for his woman and it had just been completed when the lady allegedly broke up with the man.

The man allegedly went crazy and demanded what was his and what he invested in the lady, which resulted h=in him hiring the big and heavy machinery to demolish the house.

Similar scenes played out in Venda, Limpopo where a woman and her husband were allegedly divorcing. The man allegedly kicked the woman out of the house, which she found difficult to do as she had claimed to have built the house herself. 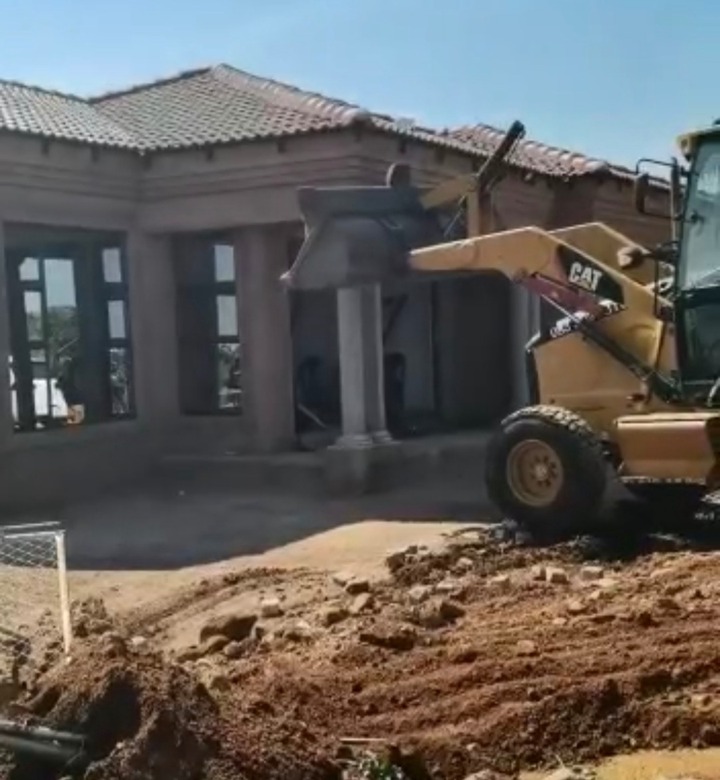 Now yet another house is being brought down by two TLB's . The house which is yet to be completed can be seen in a video which has been shared far and wide on social media, can be seen being demolished by two tlbs while the police and community members watch. 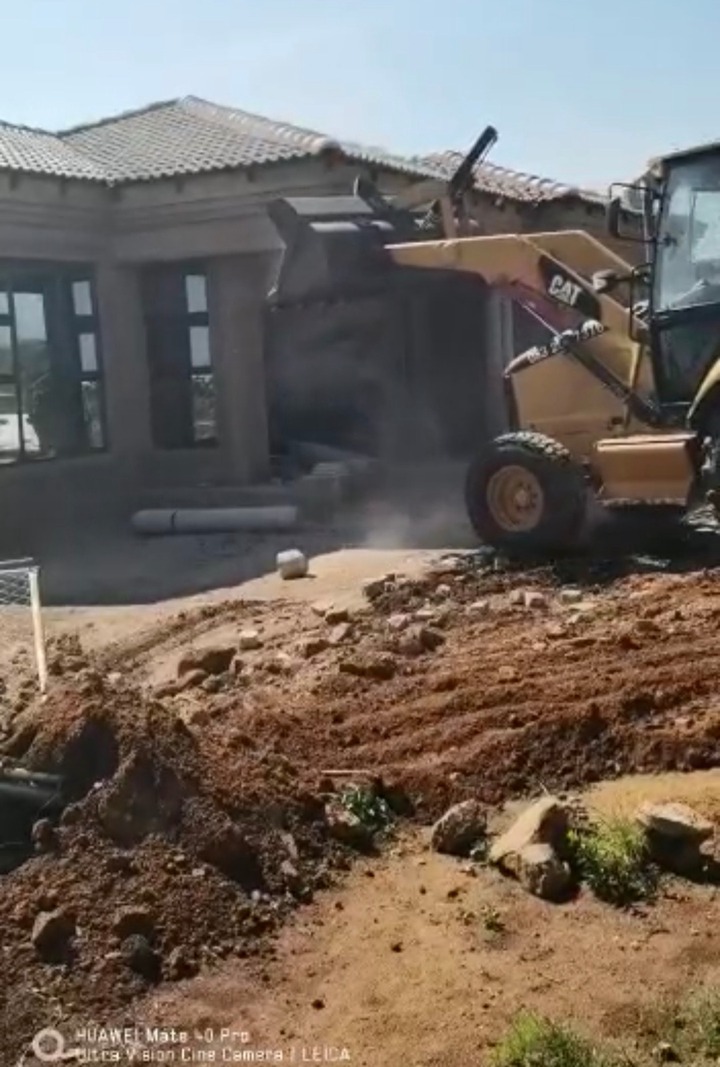