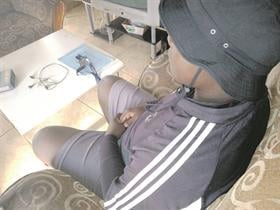 A man named Lindelani went to Daily Sun to complain about a sangoma who stole his money and woman. He stated that he went to the sangoma to help save his relationship which was getting worse everyday.

The sangoma allegedly told the man that there were evil people using witchcraft to destroy their relationship. So he told them to bath in muthi and told him to go home. The woman then started going to the sangoma alone since he had to go to work. He stated:

"He stole my money and took my girlfriend. He is not helping people. He's only after money and women. I had to go to work so I couldn't go with her. That's when their affair began.

Now she wants nothing to do with me. Our situation went from bad to worse. I feel cheated. I took her there so we can strengthen our relationship but I got the opposite. I love my woman. She's the only one for me".

The woman left their home to go and stay with the sangoma. Lindelani believes Zimephi used witchcraft on her. The sangoma stated that he does not want to speak with the papers. The girlfriend, Zimephi stated that she loved Lindelani but the relationship went sour. He stated that the new sangoma knows how to treat a lady, unlike Lindelani.

Truth is sometimes relationships end. Lindelani said himself that they were fighting for a long time. Maybe Zimephi just got tired of fighting. Lindelani should probably just cut his losses and move on.