All was not well in the Gauteng Province last night after residents were made to go through yet another traumatizing experience.

With the look of things are going on, as a nation we are looking doomed. The outside world whenever they hear reports of what the nation is experiencing are often left with a lot of questions. Among them is what are our leaders doing to make the state of security better. A report which was published by the Crime Air Network of what happened in Johannesburg on the 21st of January 2022 showed that things are getting worse with each passing day. An armed robbery incident is said to have happened in Lenasia last night.

A gang of about four heavily armed robbers descended on Hydrangea Street and made sure that they gave the residents a torrid time. You would be made to assume that a political party was doing it's door to door campaigns if you are to hear what transpired.

The residents were made to go through the unimaginable as the robbers patrolled houses on this road. They are said to have broken into at least one home and looted valuables and cash. Among the items which this gang was targeting were mobile phones, jewellery and cash.

No security personnel was in the area at that time and this left many reiterating the need for an increase in visible policing. The robbers had a stroll in the park and it was fortunate that there were no reports of any fatalities during this robbery as the worst could have happened.

After the robbers had left, calls were made to the police who got to the scene a few minutes later. The members began their investigations and at the time of going to print, no arrests had been made. 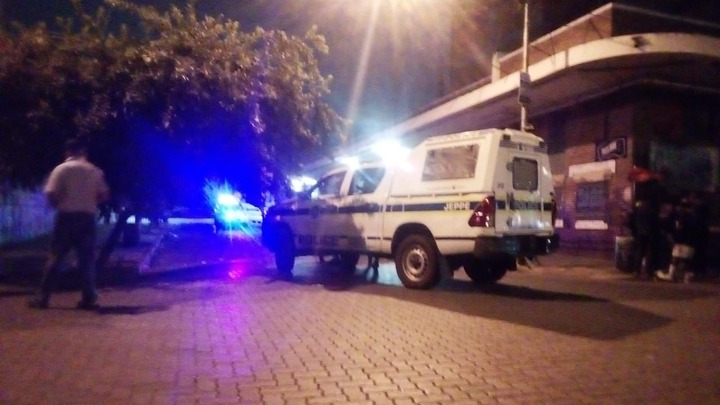 A manhunt for the suspects is currently underway and community members are being asked to contact the police if they have any information regarding this gang.