Zimbabwean Guy who Killed Two South Africans and Sneaks Back into Zimbabwe Caught by Residents.

The people of South Africa currently have zero tolerance for all sort of crime in our country and this can be seen in the manner in which their handle criminals causing nuisance in our different communities. 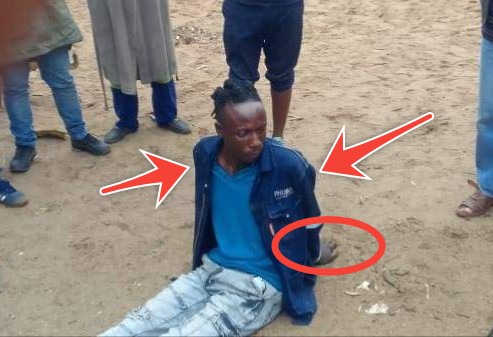 Over the last ten years there's been so much incidents of killing, kidnapping, rape, armed robbery, car hijacking etc. This has prompted several community residents to establish vigilante groups to augment the effort of security agencies.

However, the residents of Tzaneen in Limpopo has successfully clamped down a Zimbabwean guy who is wanted for multiple murder in South Africa. The young man allegedly killed two South Africans two days ago and moved into Zimbabwe via Beitbridge border outpost.

The young man tried to sneak into South Africa again via Tzaneen, Limpopo where he was caught by community members who descended heavily on him leaving him with severe injuries.

The suspect was alleged to be robbing and raping vulnerable young ladies within Vhembe district and around Niani area.

As at the time of gathering this report, the young man was placed under the wstch of vigilante groups pending the arrival of police.

This was contained in a statement released by Dzakani John on Twitter:

"This is Zimbabwean who just killed two South Africans in the last two days and crossed the river back to Zimbabwe. He had been raping and robbing vulnerable citizens around vhembe district in and around Niani areas".