By Mzansilatestnews (self media writer) | 17 days ago

Look at video of shooting that occurred at a hotel in Muldersdrift on my accounts. In the video, a man can be seen getting dressed as officials hold on. The man then, at that point, strolls into the room and asks a lady: Where is my firearm? An official in the room tells the man: Now you are playing risky. 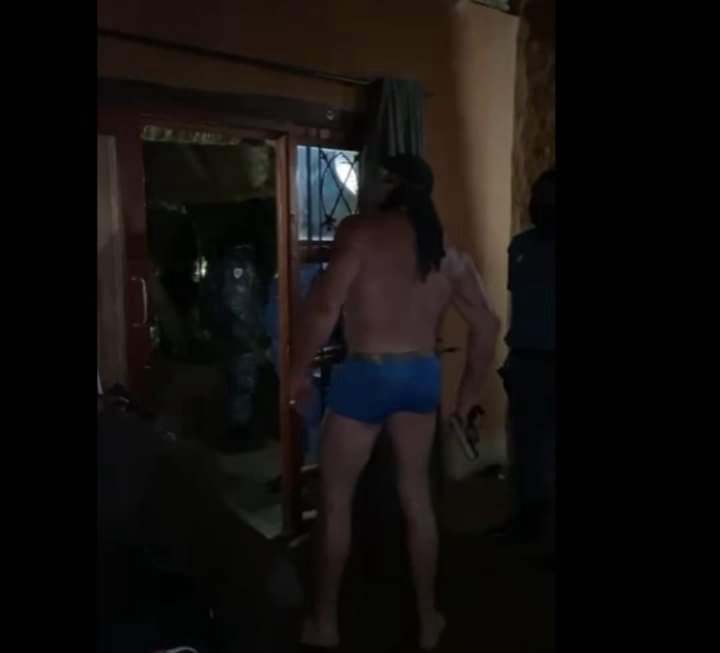 When the guest had lowered his weapon SAPS should have done the same. The guest had asked the police to vacate his room and SAPS refused resulting in a guest taking away a Police weapon. If Police Officer concerned had lowered her weapon the shooting wouldn’t have taken place. Unfortunately that is the truth of the matter. In South Africa it's easy to blame the police.Yet, the police are murdered everyday by criminals because they need to exercise maximum discipline not to shoot. So,your expectation in this matter was for the police to lower his gun because the guest has lowered his.

Look at the way the gun was held that he took away from the police. Upside down and facing the floor. He was not threatening someone with it. If the motive was to disarm the unruly civilian, the officers had enough room to aim at his right hand and not the head. Police officers should be properly trained and this wouldn't have happened.

The guest posed more harm than good. What would you interpret the disarming of the police officer? The man was aggressive. Even best countries, with high tech of training such incidents or worse still happen. Mutual respect is important. Who thinks of arming at the hand that's busy waving around. The guy was just a threat actually from the minute he pulled out his firearm, pointed at the officers. They should have dealt with him at the time.

The lady in the room can be heard yelling: Guys, you should ensure us, truly. The shooter then, at that point, educates the officials to leave his premises. Im not inquiring as to whether or when for sure. Take that weapon, shoot me, shoot me, he yells at the official while driving her gun out of her hands.

A male official in the room then, at that point, takes out his gun and discharge a single fired at the man. He falls to the ground as a shouting lady yells that the man is "dead". Ipid representative Grace Langa said the occurrence occurred at Misty Hill Lodge in Muldersdrift on the West Rand soon after 12 PM on Saturday.

The chief requested that the visitor leave, saying the hotel would discount him, [but] he declined. The security and supervisor followed him to his room and mentioned him to leave, then, at that point, he turned out to be more forceful.