By AfricanChannelNews (self meida writer) | 23 days

Poarching is a syndrome that is hard to eliminate in South Africa. Various measures are put in place to curb the habit of poarching. What has thrilled many today has been how nature has been taking its course in the fight against poarching. 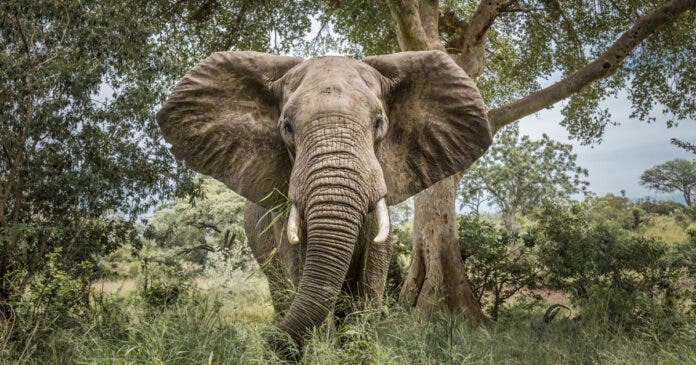 In a media statement that was issued out today by the South African National Parks and the Kruger national park, a suspected poarcher got murdered by elephants.

An accomplice of the deceased suspect has since been arrested in an incident which happened on the 17th of April 2021.

According to reports, the suspects were running away from a team of field rangers who guard the national park. As they were fleeing, they ran into a herd of elephants which were breeding and the situation got real nasty.

Incoming spoor was detected by the rangers while they were carrying out a routine patrol. They made a follow up and spotted three suspects who began to flee.

The rangers called on for backup from the K9 Unit and the Airwing.

The suspects on them had an axe and a bag of their provisions which they dropped to the ground as they fled in their attempt to flee from the rangers. Through the assistance of the back up teams, one suspect was successfully apprehended.

During the pursuit, the team of rangers learnt that the remaining suspects had ran into a herd of elephants which were breeding. They were not sure if they escaped alive.

One of the suspects was later on discovered trampled badly and had succumbed to fatal injuries. It was more of a situation where the hunter got hunted by what he thought would be his prey.

It was later on established that the third suspect got an eye injury and continued to flee. The poarching team had a bad day in office as all of them came out battered.

An illegal rifle was discovered by the rangers. 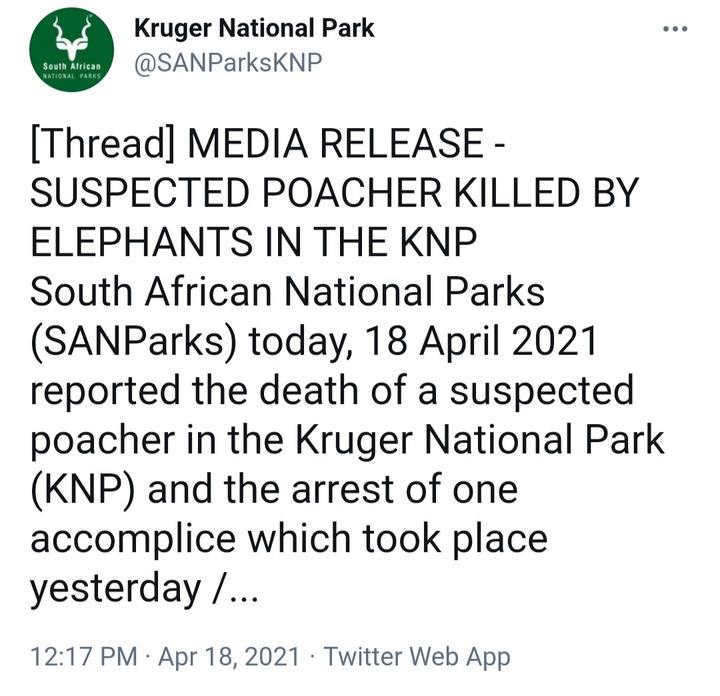 A pathology team and members of the police department were also in attendance and the case has since been handed over to the police.

A manhunt has since been launched for the remaining suspect. Members of the public are being encouraged to report to the police all those who are destroying our natural heritage through poarching and other illegal activities.

The Coolest Mzansi Celebrity Siblings Who Are Fashion Crackers

Famous Rapper To Add Basketball To His Career

The Most Irresistibly Gorgeous Model In South Africa |Opinion