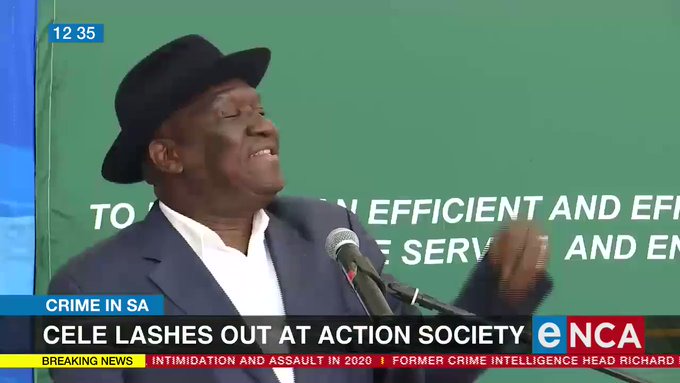 Democratic Alliance have been criticised for for neglecting blacks in the black communities of Cape Flats, Khayelitsha, Gugulethu not protecting them from crime. But the problem doesn't lie with DA but it lies with the national Government that is in control of the police. The police are not employed by DA but by ANC that is why Bheki Cele is a minister of Police. So,

There was a tense exchange as Police Minister, Bheki Cele, met Gugulethu residents today. Action Society accused him of neglecting the Western Cape. The group wants policing devolved to the province. #DStv403

The white people are calling for the province to have power over police which is a good thing, so that the Western Cape can be responsible for their police instead of the National government. Unfortunately it turned out into racism. Bheki Cele told the civil organization representative not to tell him bout human right because he fought for the human rights and was arrested for that. He told the young white guy to shut up and get out. And he was marched out of the meeting by the police.