South Africa’s criminal legal framework consists of a mixture of common law and statutory offences and does not consist of a formal framework of categories of offences – however, offences can be categorised in terms of severity, by way of the sentence or sanction ascribed in connection with the offence, whether in terms of minimum sentences prescribed under legislation or in terms of precedent through case law. In most offences in South Africa, the following elements must be proved beyond a reasonable doubt by the State against the accused: voluntary conduct which is unlawful, criminal capacity and fault (in the form of intention or negligence). Within this, the following elements are generally required to be proven: conduct, causation, unlawfulness, culpability and fault. 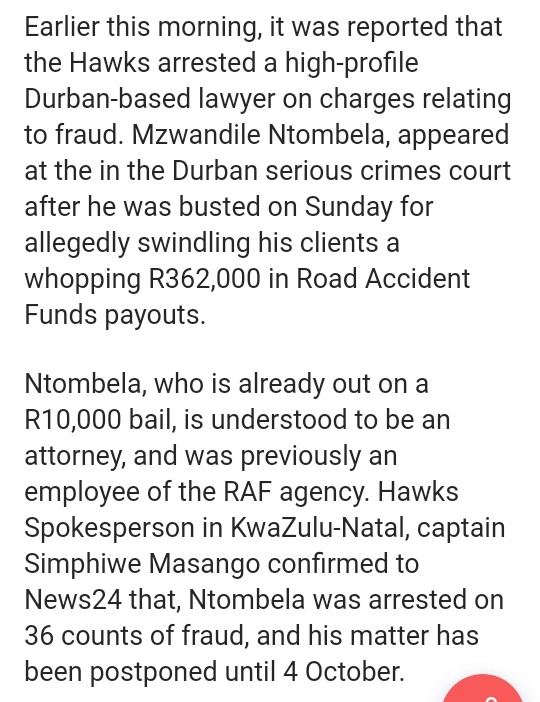 In terms of white-collar offences, South Africa has a matrix of domestic legislation that caters for the particular offences that are associated with white-collar crime, which stands alongside the common law offences such as fraud. The Prevention and Combatting of Corrupt Activities Act 12 of 2004 (PRECCA), the Financial Intelligence Centre Act 38 of 2011 (FICA) and the Prevention of Organised Crime Act 121 of 1998 (POCA) are the primary statutes that form part of the matrix of statute dealing with white-collar crime in South Africa. 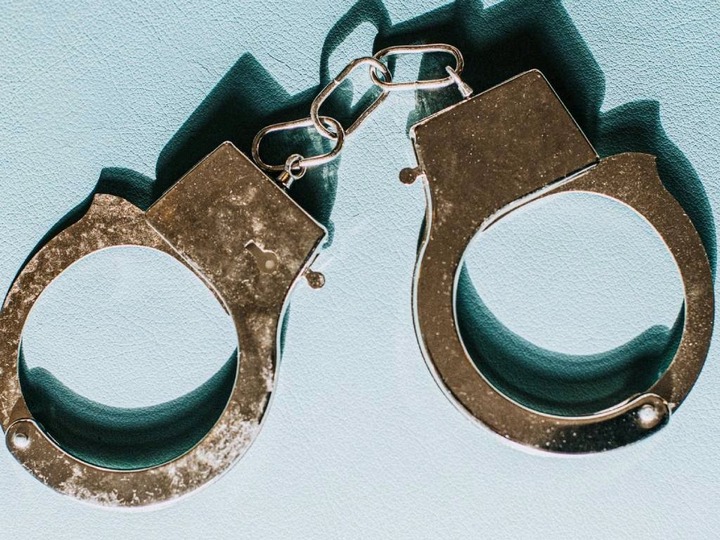 PRECCA is South Africa’s principal piece of corruption legislation and creates the general offence of corruption. PRECCA also makes provision for a number of specific corruption offences as well as ancillary offences such as being an accessory to corruption and attempting or conspiring to commit an offence under PRECCA. 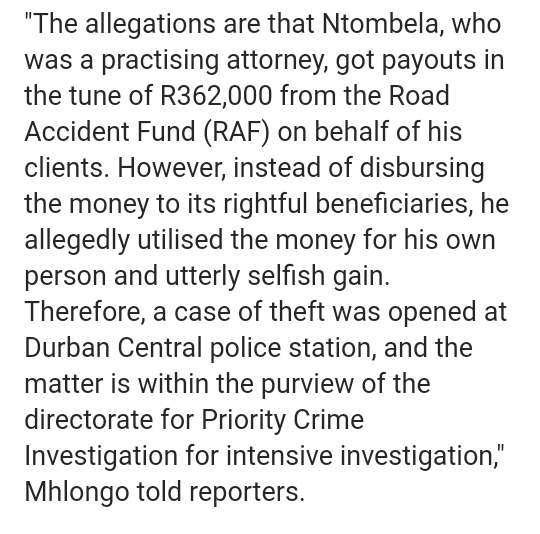 POCA creates statutory offences that are encountered in the organised crime environment, such as racketeering, money laundering and offences relating to the proceeds of unlawful activities. The offences of racketeering and money laundering are cast widely, and address conduct relating to a pattern of racketeering activity and conduct concerning arrangements or transactions that involve the proceeds of unlawful activity. 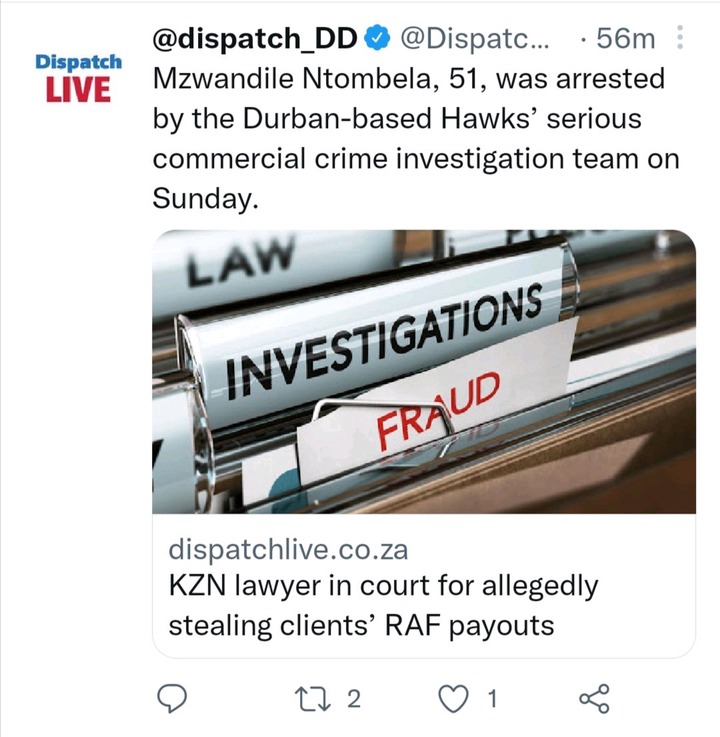 FICA also plays a central role in the combatting of white-collar crime in South Africa. FICA established the Financial Intelligence Centre, a state agency tasked with the identification and combatting of money laundering and terrorist financing and the implementation of financial sanctions pursuant to resolutions of the Security Council of the United Nations. In addition to the monitoring of money-related activity, FICA creates obligations of reporting and monitoring on accountable institutions (including institutions such as banks) and powers of monitoring, inspection and investigation for the Financial Intelligence Centre and in relation to suspected offences such as money-laundering or terrorist financing. In addition, FICA creates offences relating to non-compliance with the provisions of FICA as well as offences for interfering in the investigations of the Financial Intelligence Centre. 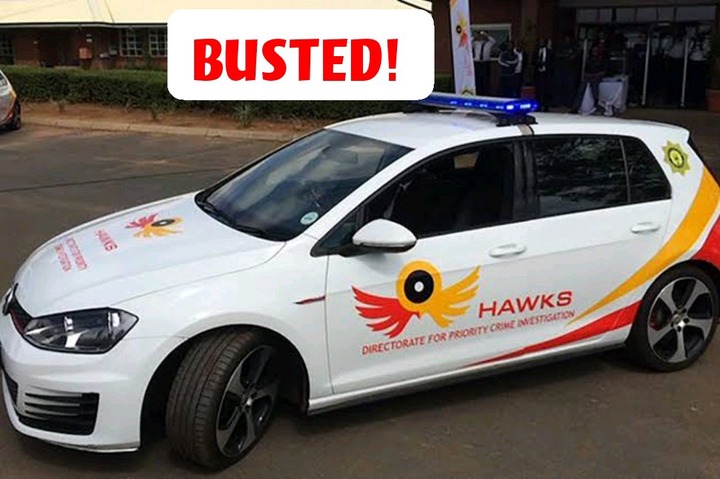 Attempting or conspiring to commit an offence, or aiding and abetting in one may also result in criminal liability in South Africa, including in respect of white-collar offences such as racketeering, corruption or money laundering. 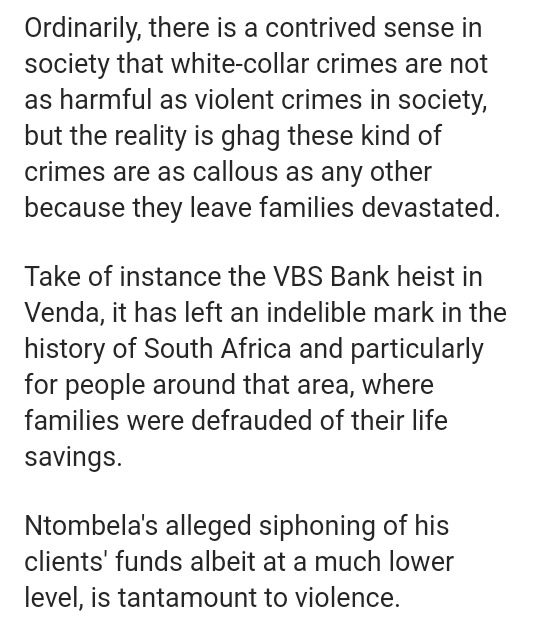 Motive is not required to prove liability for the commission of a crime, or for an offence to be punishable. Fault, whether in the form of intention or negligence, is however generally a requirement that must be proven.