Incase you've missed it , earlier this week we have reported that's the man who is a main suspect of stabbing Zakithi Gumede . The suspect after the incident , disappeared from the area Mpusheni near Umbumbulu in eThekwini Municipality . 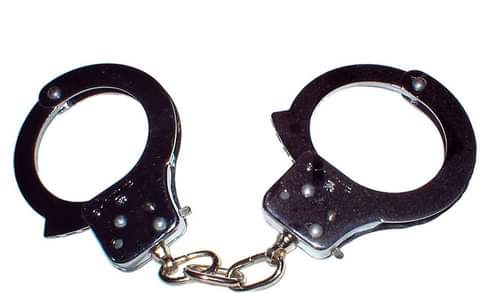 According to a statement from South African Police Service ( SAPS ) on their official Facebook page , confirmed that the 24-year-old murder suspect is set to appear before Umbumbu Magistrate’s Court tomorrow for killing Zakithi Sisanda Gumede (28). The suspect was arrested last night by Umbumbulu detectives in the Umkomaas ( South Coast Of Durban near Dududu)

It is alleged that on 25 September 2021 at 20:00, Gumede and the suspect were at the Mphusheni reserve in the Umbumbulu area when an argument ensued. The suspect withdrew his knife, stabbed the victim on the neck before fleeing the scene on foot. Gumede was rushed to hospital in a critical condition where she succumbed to her injuries on arrival. A murder case was opened at Umbumbulu police station for investigation , confirmed the SAPS

When the suspect heard that the police were searching for him he left the area and went into hiding. An intensive investigation led the detectives to a place called Dlangezwe in Umkomaas near Dududu where the suspect was hiding. He was arrested and charged for murder the knife that was used to kill Gudemede was also seized by police.

The statement was released by South African Police Service 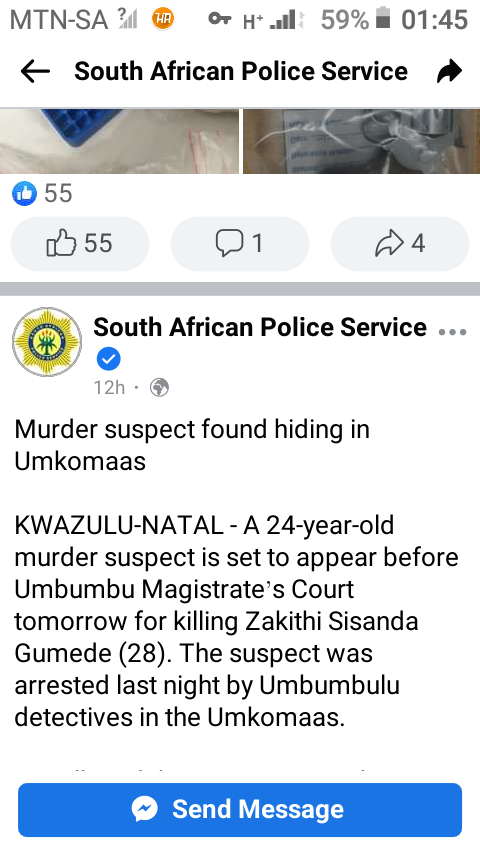