Uncle Was Stabbed To Death Trying To Protect His Niece.

By Life_News (self media writer) | 8 months ago

The two were siblings, but now their brother is in the morgue and his sister is being held in police custody.

30-year-old Tshepo Lamfithi was stabbed by his sister while trying to protect his niece - brutally showering his sister. 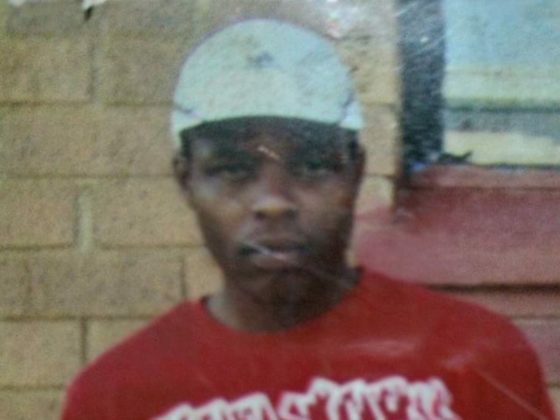 The suspect's daughter gave a statement about what happened to 40-year-old Cynthia Sindiswa Msibi and Tshepo's sister.

Msibi, who hails from Alexandra north of Johannesburg, told Scrolla, Africa that his brother and sister had an argument on Sunday night. That led to Tshepo's death.

Cythia said her sister went with her friends for a drink of water "when she returned and beat her 16-year-old daughter who had run away from her uncle to protect her."

When Tshepo told his sister not to hit the baby, he pulled her by the hair out of his brother's room.

Cynthia said this did not sit well with Tshepo, who witnessed all the child abuse.

"She pushed my sister away from the baby, whereupon her sister went to get a knife from the kitchen," said Cynthia.

Her sister then shouted loudly that between her and her baby she had to die tonight.

Cynthia said Tshepo died trying to protect her niece from her abusive sister.

"She stabbed him three times in the upper body and died in the yard," said Cynthia.

After killing her brother Cynthia said her sister went to their cousin's house on the other side of the road and told them she had killed Tshepo.

Her sister's baby was in the house watching her uncle take his last breath.

Alexandra police spokesperson Sergeant Mbatha confirmed that the suspect had reported himself to the police.

"He appeared in the Alexandra Magistrate's Court on Tuesday on a charge of murder," Mbatha said.

[Not for sensitive viewers] Look what this truck caught doing || is this brake failure?

Look What Community Did To A Zimbabwean Guy Who Was Accused Of This? It Will Leave You In Pain. Pics

Woman Nabbed For Trying To Do This To Her Husband. It Will Leave You In Disbelief. Read The Follows.