By Alexanderdesk (self media writer) | 2 months ago

Fired The chief audit executive of the City of Tshwane has challenged Mayor Randall Williams to make his inquiry results available to the metropolitan council. These are believed to include evidence of widespread plunder by politicians and top bureaucrats. Moeketsi Ntsimane, whose contract was terminated two weeks ago following a disciplinary hearing, claimed in a statement that his fate was at the hands of politicians and senior city officials implicated in billions of rands worth of tender fraud and corruption. 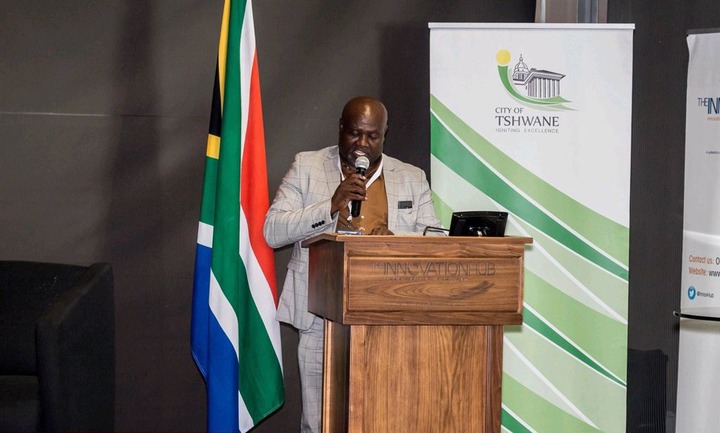 Ntsimane stated in his statement that Williams and acting city manager Mmaseabata Mutlaneng were given the reports to present at the council meeting for consideration and a vote on corrective measures to be done.

"An injustice has been committed against me and my team of men and women of integrity by those responsible for driving the city into a constant state of crisis that can be averted only by addressing the underlying cause of the problem. That is, by pursuing those identified in our reports as being involved in illegal activity in connection with the purchase of specific services," said Ntsimane. He accused the chairperson of the disciplinary hearing, Johan Thee, of terminating his contract "illegally and unilaterally." Ntsimane then accused Williams of submitting an illegal contract termination request to council.

"Williams applied little thought to the public statement he issued on April 4 announcing my resignation as the City of Tshwane's chief audit executive. If he had applied his mind, he would have recognized the red flags contained in the chairperson's flawed and illegal decision to usurp the authority to terminate the contract of a senior executive, when his responsibility is limited to making findings and then making recommendations based on those findings.

The Tshwane City Council terminated my work based on an illegal decision. This is in addition to the fact that the hearing's chairperson was so hell-bent on convicting me that he entirely disregarded all my evidence demonstrating my accusers were liars. "They even declared an expert witness with decades of expertise untrustworthy," Ntsimane explained.

His comment comes in the wake of allegations made against Tshwane's mayor and acting municipal manager. They are said to have been instrumental in preventing Ntsimane's team of forensic investigators from exposing senior officials and politicians to law enforcement agencies for allegedly rigging multibillion-rand tenders, resulting in widespread theft at the expense of crucial service delivery.

According to sources, Mutlaneng orchestrated Ntsimane's downfall when she sent a whistle-blower report to the council saying that he was guilty of sexual harassment without doing the appropriate investigation into the authenticity of the charges.

Mutlaneng is then said to have requested that councillors take disciplinary proceedings against Ntsimane based on "prima facie" evidence of sexual harassment of two women worked in his department. This proof was contained in a document provided to her by a council organization dubbed the "ANC Women's League caucus."

According to impeccable sources, Ntsimane and other top managers in his department were singled out by politicians and senior city officials who were being probed, exposed, and referred to the Hawks for criminal prosecution on tender rigging, fraud, corruption, and bribery.

"Ntsimane was charged with sexual harassment for disclosing the identities of prominent politicians, businesses, and government officials who were listed in multiple investigation reports that he and his team of trustworthy forensic auditors painstakingly compiled. The reports were subsequently presented to the acting city manager [Mutlaneng] and executive mayor [Williams] for immediate consideration by the council," according to a provincial government official.

"They will stop at nothing to undermine those conducting the investigations, which, I should add, ask for the immediate filing of criminal charges with the Hawks to prosecute individuals found guilty of stealing from taxpayers," the insider added.

Three additional sources with direct access to inside information and power in the Tshwane council supported the source's allegations. At the time of publication, Williams and Mutlaneng had not responded to questions about their alleged involvement in a cover-up sent to them and their spokesperson, Sipho Stuurman, last week.

"What we are witnessing is because it is not just council members who are involved," a director in one of the city's departments remarked. If [Ntsimane] was given the support he believed he initially received following his appointment as a section 56 candidate by the council, he would tell you that the rot he and his team discovered in several instances also implicated high-ranking politicians at both the provincial and national levels."

Section 56 of the local government regulations governing the appointment and employment conditions of top management vests council with the authority to appoint and remove senior executives.