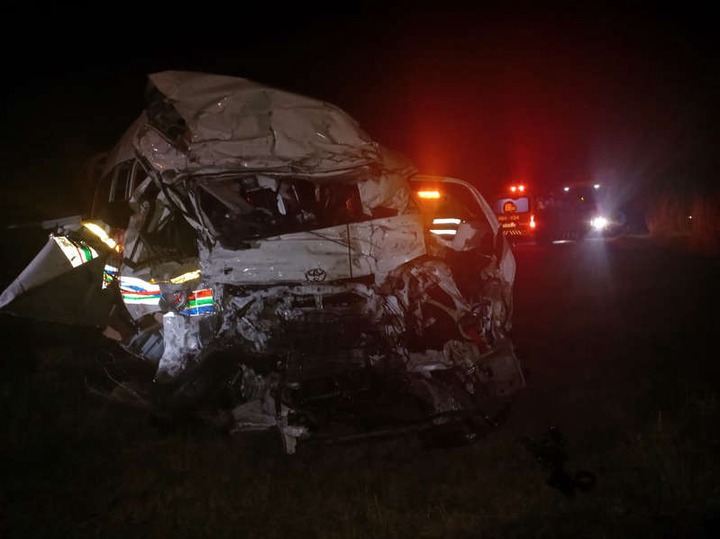 It's been a somewhat grisly end of the week on the dirt roads': Seven individuals between the ages of 25 and 35 were killed in head-on crash between a minibus taxi and a truck on the R545 among Bethal and Kriel in Mpumalanga on Sunday morning, 17 October 2021.

Emergency room paramedics showed up at the scene not long before 03:00 and discovered the minibus taxi and truck off the roadside.

"Five perished could at first be seen entangled in the disaster area of the taxi. When the local group of fire-fighters started the course of extraction, a further two bodies were found. None of those found looked alive and were announced dead on appearance," ER24 representative Ross Campbell said.

The transport of the truck figured out how to endure the mishap.

Man makes due after vehicle rolles over

In the interim in another episode, a 32-year-old in the North West is being treated in emergency clinic after his vehicle moved on the R502 in Orkney, and he was shot out.

"ER24 paramedics showed up on the scene at 5.33pm on Saturday alongside the local group of fire-fighters to track down the harmed man lying some 25m from the disaster area of his VW Polo out and about. He was evaluated and observed to be in a basic condition," Campbell said.

For the time being, it isn't clear why his vehicle turned over and an examination is as yet in progress.

Paramedics figured out how to settle him upon landing in the scene, prior to shipping him to Tshepong Provincial Hospital in Klerksdorp for additional consideration.

The High Court Has Delivered A Major Blow To The Government

The truth about the ark of protection