CIT guard airlifted to hospital after being shot by robbers

Yet another CIT robbery has happened at a Caltex garage on Wednesday afternoon; in Rooihuiskraal; Pretoria; Gauteng. The incident is believed to be the second to happen in three days; in the city. 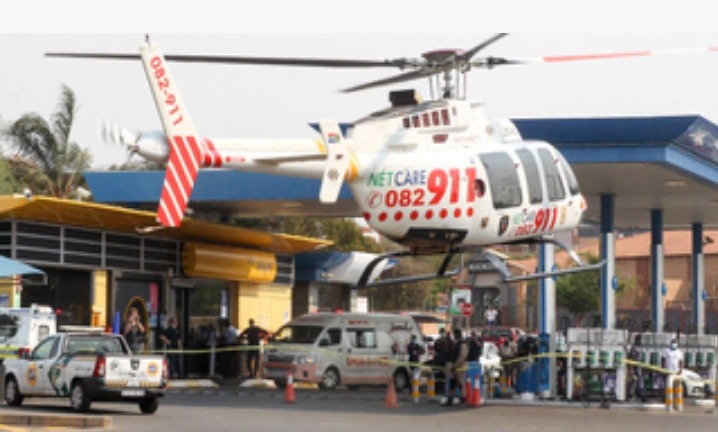 A Fidelity guard was airlifted to hospital after being shot during a cash heist at the Sasol service station in Rooihuiskraal. Picture: Jacques Naude/African News Agency (ANA)

Witnesses have alleged that the Fidelity guards had just collected money from a Caltex garage that is situated just outside [email protected]; when the attack happened.

The assailants shot at them injuring one and fled with an undisclosed sum of money. The injured guard was airlifted by Netcare 911 helicopter to hospital. 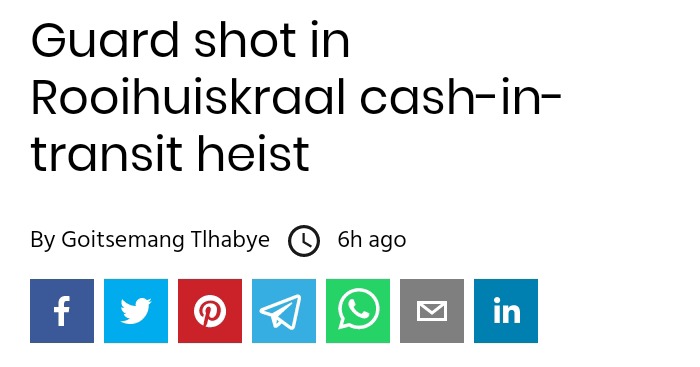 This elaborate robbery had all the makings of a syndicate because the vehicles used in the robbery were high end. Mercedes Benz; BMW; Toyota Hilux bakkies; Volkswagen Tiguan and Ford Rangers; were part of the motorcade used.

One group made sure that the CIT van was rammed against the building; using the BMW; which was later burned down; while the other group was attacking a back up truck that usually accompanies the CIT vehicle.

During the shootout; one of the guards was injured; their pistols and ammunition were stolen; while the assailants drove away with an undisclosed some of money from the scene.

The police informed a local newspaper that earlier in September; a bakkie blocked another CIT vehicle that had just collected money from the Danville post office.

A man got out and sprayed the CIT vehicle with bullets and shouted at the guards to get out of the van. They bombed the vehicle and again took off with an undisclosed sum of money.