4 people died after a house collapsed during LOBOLA ceremony

Lobola ceremony has ended in with people crying instead of celebrating and rejoicing. In the Zulu culture, Lobola are regarded a blessing because nowadays it is rare to see couple getting married, the country is only full of baby mamas and baby daddies. Lobola Ceremony ended in Limpopo. According to the report, An unfinished house collapsed and four people died and some were critically injured "Limpompo family in shock after wall collapse kills 4 at Lonola ceremony in GaChuene Thokgwaneng in Limpopo. People attending the ceremony were seated in a tent which was positined next to an unfroofed building, when strong wind blew. The wall collapsed, killing three instantly, and injured several others. One of the injured later die in hospital" reported Ramoba. Limpompo is famously known for having witches and after this news broken out, people rushed into the comment section to share their thoughts "Limpopo is full of Magics" said Loxion. Some people were saying that this has something to do with an entry ex "Lol Dia boa Limpompo, there's ex involved here" said Athengo. "if you don't believe in witchcraft, I advise you to visit Limpopo only for five minutes" said a Twitter user who believe that Limpopo is leading with witchcraft. 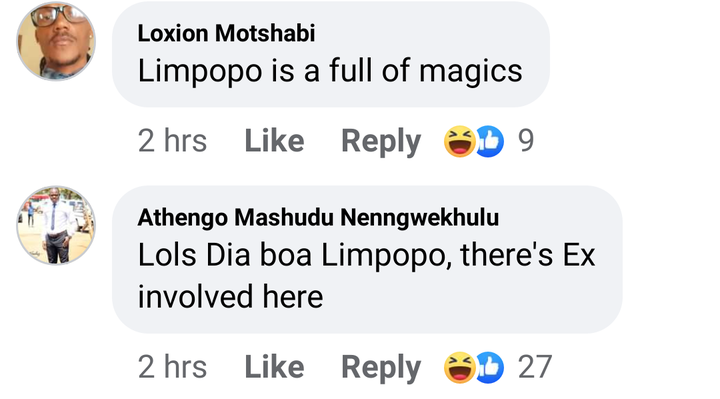 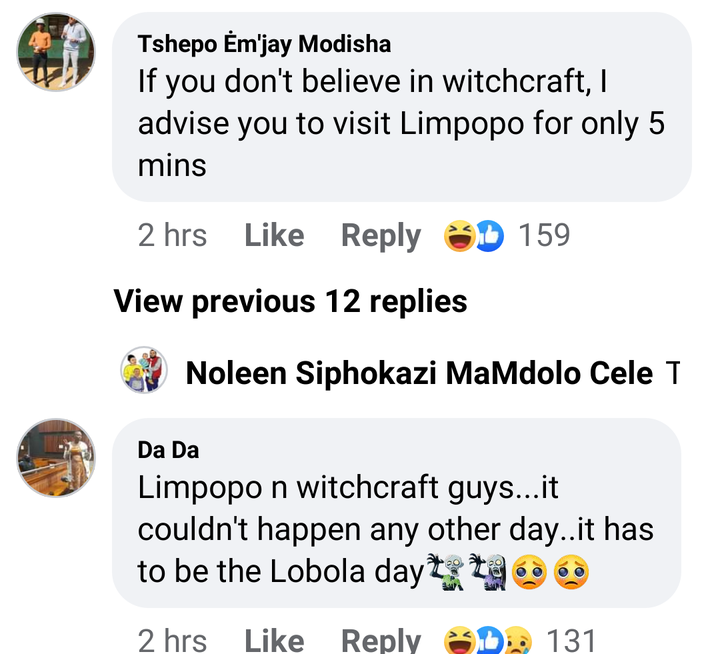