16 year old accidentally kills his friend and later shoots himself

By SharpShooter66 (self media writer) | 7 months ago 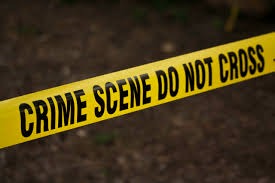 A disturbing and mostly tragic shooting has unfolded and claimed two lives of grade 10 learners this week as a "playful moment turned south" said their families.

The two deceased are named; Njabulo Ndhlebe and Zukiso Majola who were both age at 16 years. The two had been playing with a gun which belongs to Zukiso's grandfather.

There was however a third learner who was at the scene when the tragedy happened, hi identify has been hidden for safety reasons.

The three learners disappeared from Lesiba sec School on lunch time and went to chill at Majola's home. It is said that Majola then showed his friends a revolver which belongs to his grandfather who has passed on.

As he was impressing his two friends, Majola took ammunition and loaded the gun then he started playing around with it. Accidentally, the gun went off and the bullet hit Ndhlebe behind his ear.

In a huge fright, the third learner ran off to his home which is not far from Majola's home to seek help. Majola ran after him as well.

The neighbours heard the gunshot, and saw the two boys running which raised attention and caution. The community then came out in numbers to confront the two boys. This is in Chief Albert Luthuli Park.

Majola then panicked and ran back to his home, he used the same firearm on himself. He shot himself bon the head die to panic and fear.

The two families have been having numerous meetings and have been praying together and said they would do so until the burial of the two boys.

The three boys were best friends, neighbours and schoolmates as well. The third boy assured the families that there was no quarrel between them when this incident took place.

The police have opened a murder investigation.

Content created and supplied by: SharpShooter66 (via Opera News )

Here's which Province had the most people killed by Guns in the first quarter of 2022/2023.

Parents must be Very Careful, This Zim Kidnapper was Burnt to death by Residents Over Abduction

Finally Cele listened to pub owners and residents about this discussion as liquor traders. Read.