Police are looking for a Zimbabwean woman who stabbed her husband and thn fled the scene. Her whereabouts are unknown.

Yolanda Chimbwanda (28)’s whereabouts are as yet unknown after the incident which took place in Dombo raMwari, Epworth, on November 29.

Chimbwanda is believed to have had a dispute with her husband, the now deceased Wiseman Kwashira.

According to a police report, the couple’s neighbour Jesca Totamirepi reported the matter to Epworth Police following Kwashira’s death on November 30.

Totamirepi claimed she got wind of the domestic dispute between the two when Chimbwanda rushed out of their room holding a blood-stained knife.

She said the two chased each other around the compound before Kwashira, who was bleeding from his abdomen, dropped unconscious about 30 metres from their house.

The police report alleges that Chimbwanda continued running and her whereabouts are unknown to date. 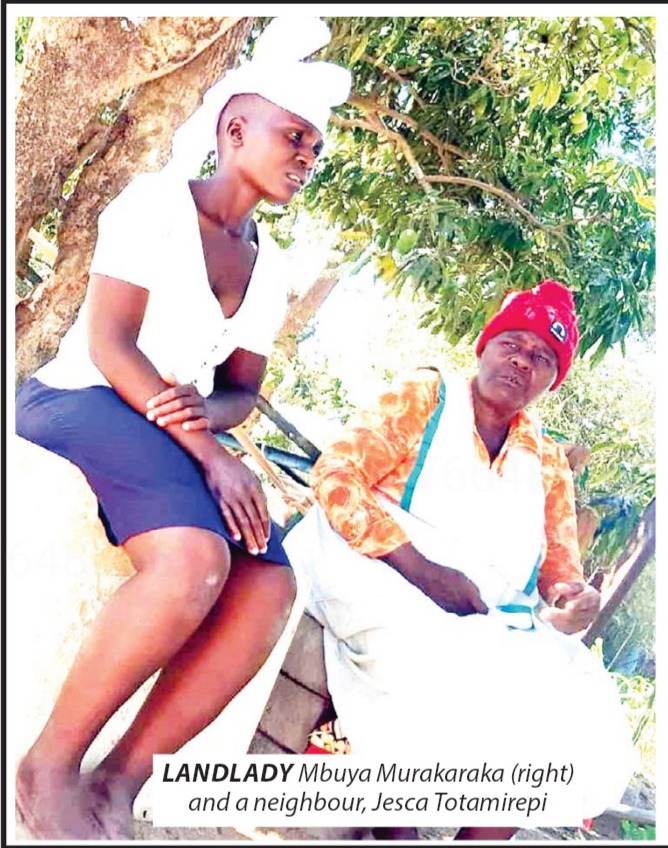 Kwashira was then rushed to Sally Mugabe Central Hospital where he lost his life the following day.

Troubled by the gruesome murder, Totamirepi reported the matter to police.

“On November, 30, 2021 at around 1400 hours, the informant came to station reporting that Wiseman Kwashira had passed on at Sally Mugabe Hospital.

“The scene was attended and the accused person was not located. Her whereabouts are not known whilst the knife which was used by the accused was not recovered,” reads a police memo.

The deceased’s body is being kept at Sally Mugabe Central Hospital awaiting post-mortem and identification by his next of kin.

According to the couple’s landlady, Mbuya Murakaraka, the two started staying at her house two months ago.

“I was still learning about the couple and barely knew what kind of people they were since they were only here for the past two months. I was surprised to see the husband lying on the ground the day he was stabbed and he told me that his wife had stabbed him,” said Mbuya Murakaraka.

She said she would sometimes hear the couple argue and insult each other that they had only met at a bar and theirs was an extended one-night stand.

The room which the couple occupied remains abandoned with no sign of life or visits from friends or relatives.

“Chimbwanda told me she was from Murehwa and her husband was from Mhondoro. None of their relatives has shown up since the incident and we are all worried how the next of kin will be notified,” she said. 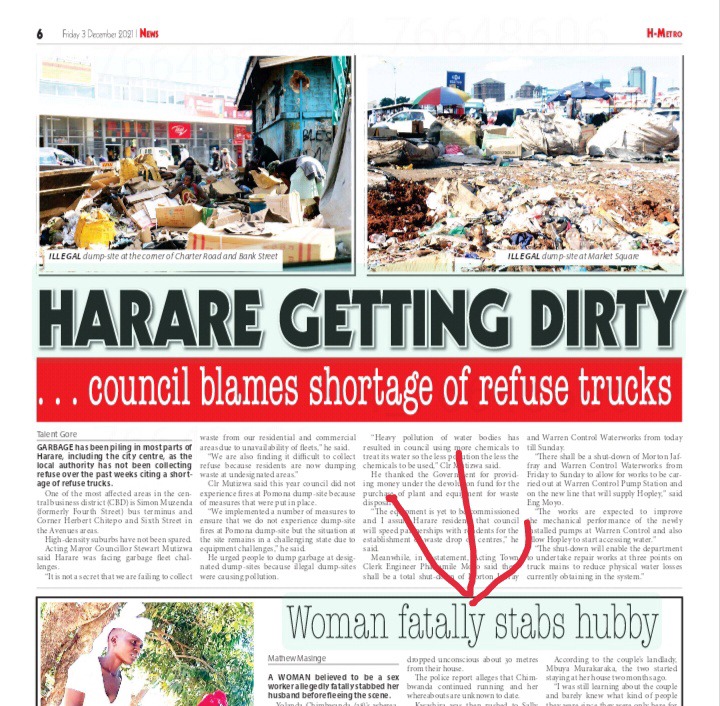