WATCH : Bheki Cele Caught On Camera Telling A White Man To ' Shut Up' 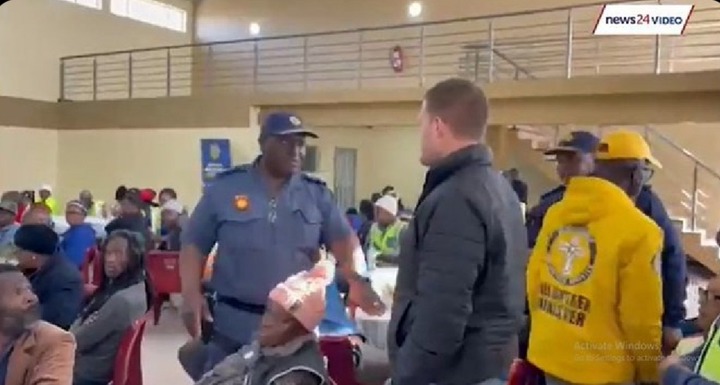 Police Minister, Bheki Cele has been caught red handed on camera telling a lobby actives to 'shut up', who was also later dragged away by the police.

The drama broke out at a crime meeting in Guguletgu, where Ian Cameroon, who is the director of Action Society accused Bheki Cele of failing to protect residents in Guguletgu, as well as failing to deploy enough police resources in high crime areas.

Ian also demanded that Bheki Cele should resign as he is failing his mandate as the Police Minister of South Africa.

After Ian had said his piece, police officers then forcibly removed him from the venue, it can only be speculated that what Ian said to Bheki Cele must have hit a nerve, which prompted his rather hash response.

Ian released a statement claiming that even after this ordeal he and his organisation will not "sit down, and shut up" and watch criminal activities happen in South Africa.

Bheki Cele has not yet responded to the accusations.