14year old boy arrested in school for selling marijuana, over 100 packs found on him

By WedoNews (self media writer) | 14 days ago

A 14year old boy from Reyno Park secondary school in Witbank. Found himself behind bars after being caught in school with marijuana estimated to be worth R15 a bag. The boy got arrested after school pupils called in the police for a search. 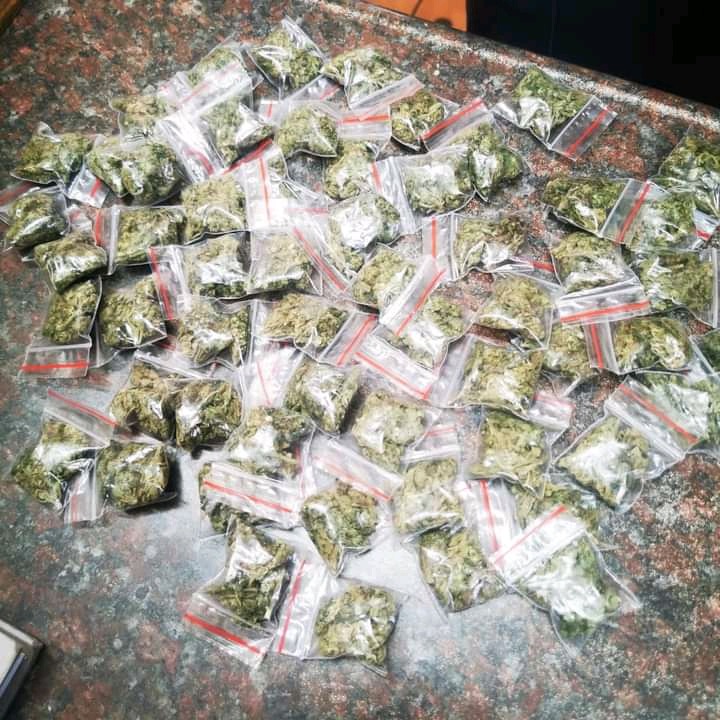 The police arrived in school and found over 50 bankies on him. The suspect was arrested and later released in the custody of his parents. The boy appeared in from of the magistrate today. The source reveal that the boy explained to the police during his arrest that he sold a pack for R15. 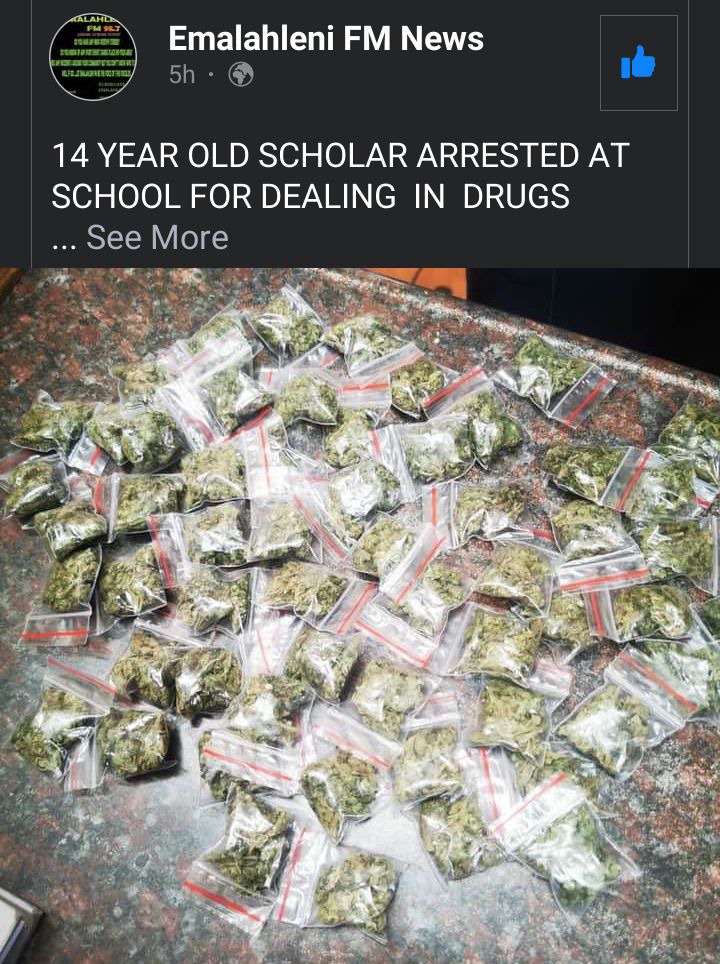 Earning him over R500+ daily while in high school. Fortunately enough concerned called in the police for his arrest. After noticing how his business is changing the students in school. The police from witbank have come to continue with the search visiting all the schools around that area.

Learners are slowing turning into drug addicts due to availability of drugs in schools. 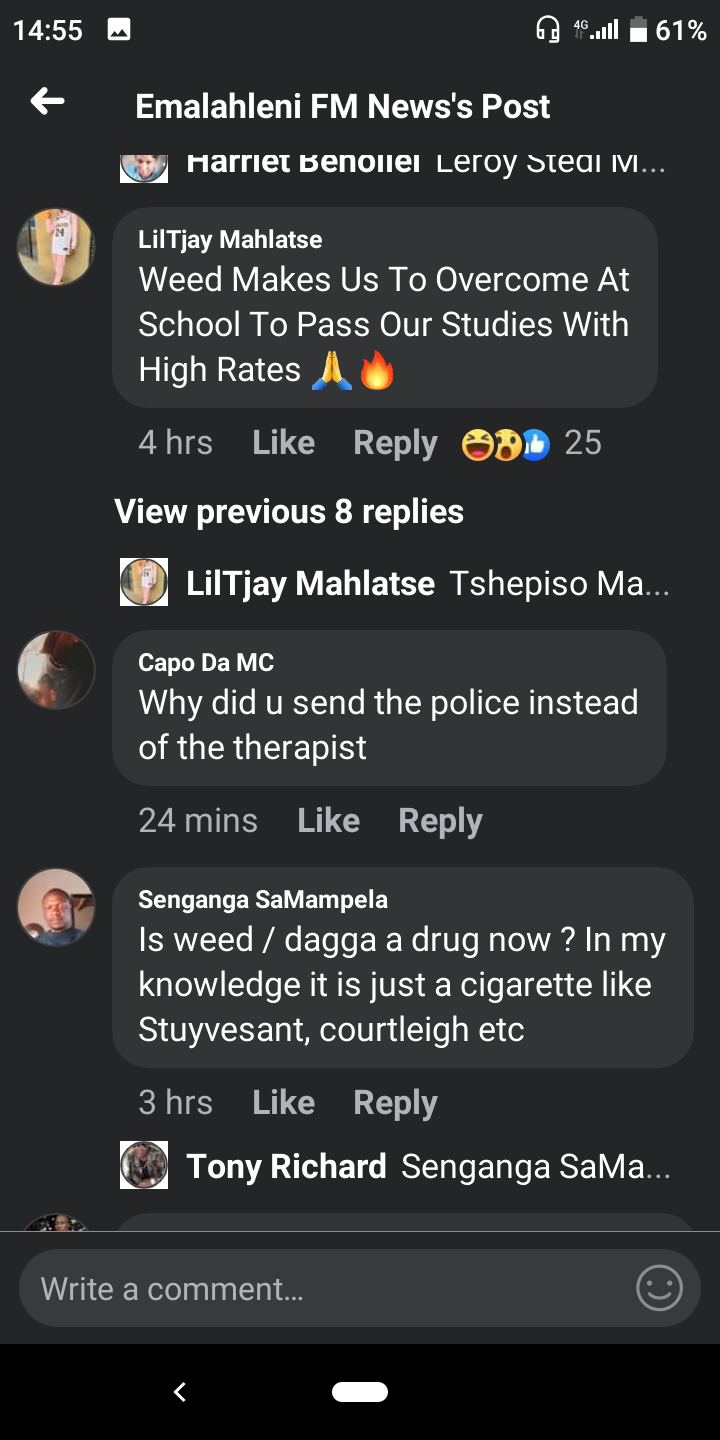 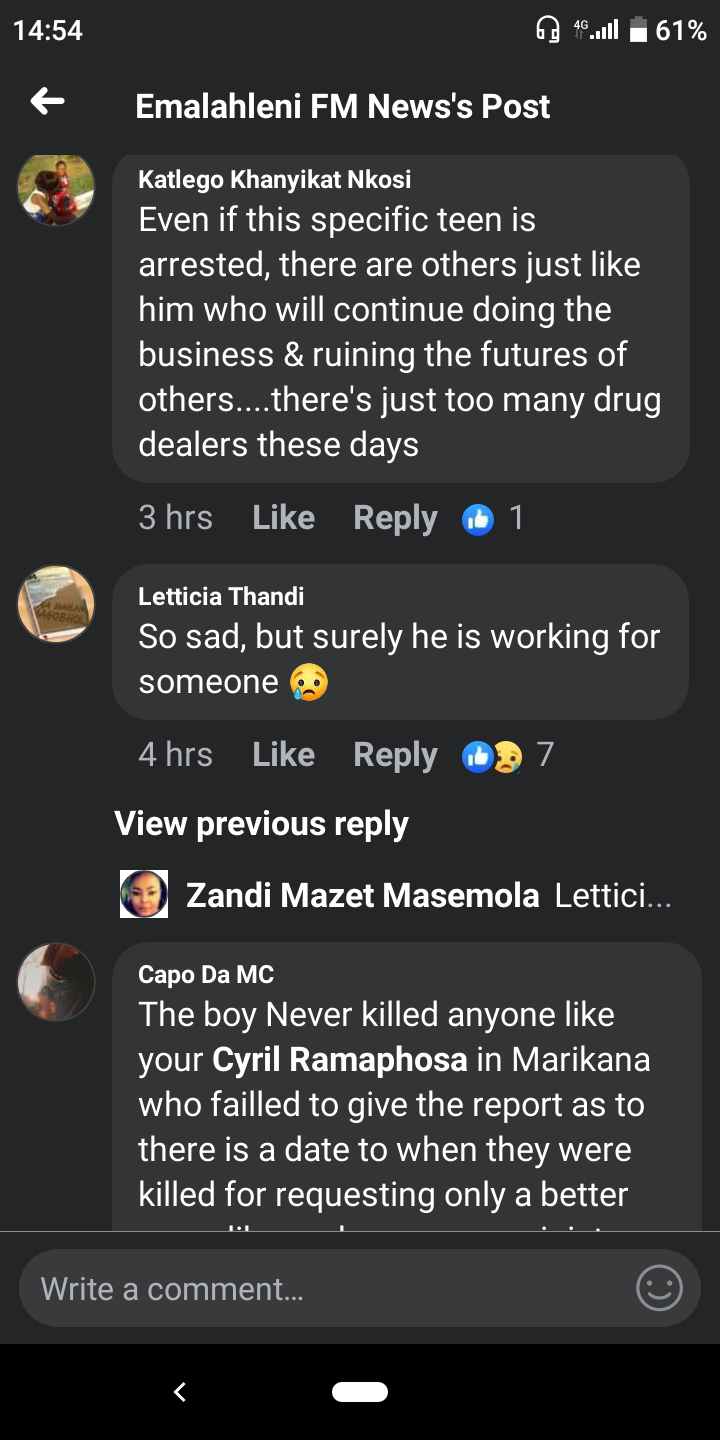 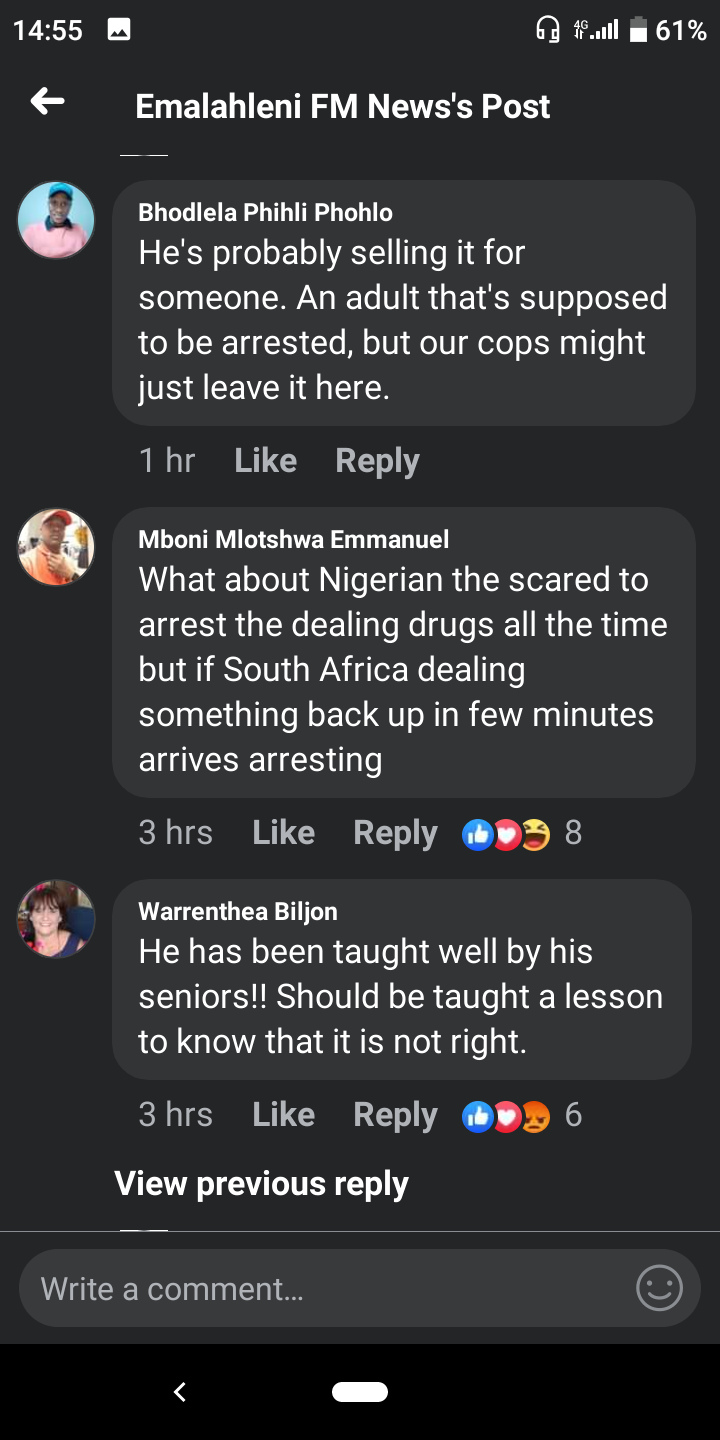