By Yawa_World_Entertainment (self media writer) | 9 days ago 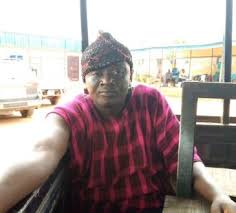 In Marigat, Baringo County, Kenya, police have apprehended a nanny who attacked her employer's family and killed their 7-year-old boy, according to police.

During the attack on the night of September 24, 2021, the suspect, Lydiah Jelagat Kipng'etich, 24, also seriously injured the boy's mother, who was hospitalized for several days.

According to a statement released by the Directorate of Criminal Investigations (DCI) on Monday, October 11, the suspect had been working as a babysitter for the family before allegedly perpetrating the horrible deed.

Initial investigations by the DCI found that the suspect sneaked into her employer's master bedroom and attacked her with a panga and a rungu on the fatal night. The suspect was charged with attempted murder.

"Using a pang and a rungu, the 24-year-old house help who had been graciously offered a position as nanny in the home of a Rumuruti-based prison warder crept stealthily into the master bedroom of her employer in the dead of night and committed heinous assault on her while she slept," the DCI said in a statement.

As the DCI explains, the suspect attacked the boy while the man of the home was out on work-related obligations. The suspect then went after the mother (her employer) before fleeing the site of the crime, according to the investigators.

"When the wife was raising distress calls while in excruciating pain and with blood gushing from her arms, head, and neck, she had no idea that her 7-year-old firstborn son had been the first target of the househelp from hell. Because the male of the house was away on duty, the murderous nanny had chosen the most inopportune of moments to hit his family.

"Lydiah managed to flee under the cover of darkness as a swarm of frightened onlookers rushed to the site to assist the victims.

"The boy's body was discovered buried beneath the bed by the neighbours when they were preparing the woman to go to the hospital for her injuries. He had some blood seeping from his mouth, but there were no physical damage to his body.

"Meanwhile, while the injured victim was being treated at Nyandarua County and Referral Hospital, where the boy's body was also being conserved for autopsy, a manhunt for the culprit began. The suspect was later apprehended and killed.

"On Saturday, a joint team of Crime Research and Intelligence Bureau detectives from DCI Headquarters and Baringo County joined their DCI Marigat counterparts in the pursuit, which took them to the Kiptangwanyi and Kongasis regions of Gilgil in Nakuru County, where they conducted a thorough search.

Days later, officers working on the case tracked down the suspect at a friend's house in Kongasis and apprehended her. She was later charged with murder.

According to the statement, "after hours of detectives engaging her in a game of cat and mouse, the cunning suspect was flushed out of her friend's house in Kongasis and led to Marigat Police Station, where she will be arraigned at Kabarnet Law Courts tomorrow."

Zuma's Ally Made A Mockery Of Raymond Zondo As A Judge

Is The KZN Political Assassinator A Serial Killer, How Many Years She The Court Give Him?