A POLICE OFFICER GOT ARRESTED: Here is why it happened

By Mahwira (self media writer) | 2 months ago Police are trained to uphold and protect the law .They should never find themselves on the opposite side of the law .There is always a price for those who decide to break the law ,which is getting arrested. 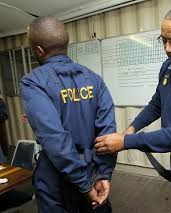 Mollo Phillip and Constable Petrus Nnetlane were charged were the two who got arrested on the 21st of April 2022 in Bethlehem. Lucas reportedly failed to go to work on the 31st of March 2022. In accordance to the disciplinary hearing, Constable Nnetlane issued a form to his accomplice which alleged that on the day Lucas missed work , he had been given an option to either pay fine or make an appearance in court on a later date for charges of assault. 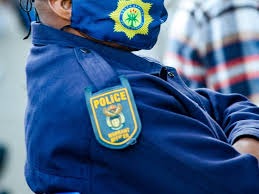 It was also noted that the particulars that were used in the form were of a police officer who did not exist.The two suspects made their appearance in the Bethlehem Magistrate's Court and each got released on R500 bail .

It is devastating how a police officer decided to commit such a crime to help his accomplice lie .Mr Lucas should only have been honest with his company, than to put his career in danger .As the truth came out , it may be hard for Lucas to be trusted by his employers.

The SAPS Dog Heros Have Been Honored.