It is happening again in KZN already even before recovering from the previous floods another flood is currently being experienced, video of the current flood are being share by residents in KZN.

A white Isuzu bakkie One Or van fell into a sinkhole, the vehicle was damaged but he made it out alive without serious injuries. People are fearing the what happens a month ago could happen exactly again people will sleep on their feet in KZN.

The eThekwini release a letter of warning to the residents to warn people of the current heavy that was scene, by the weather forecast people. 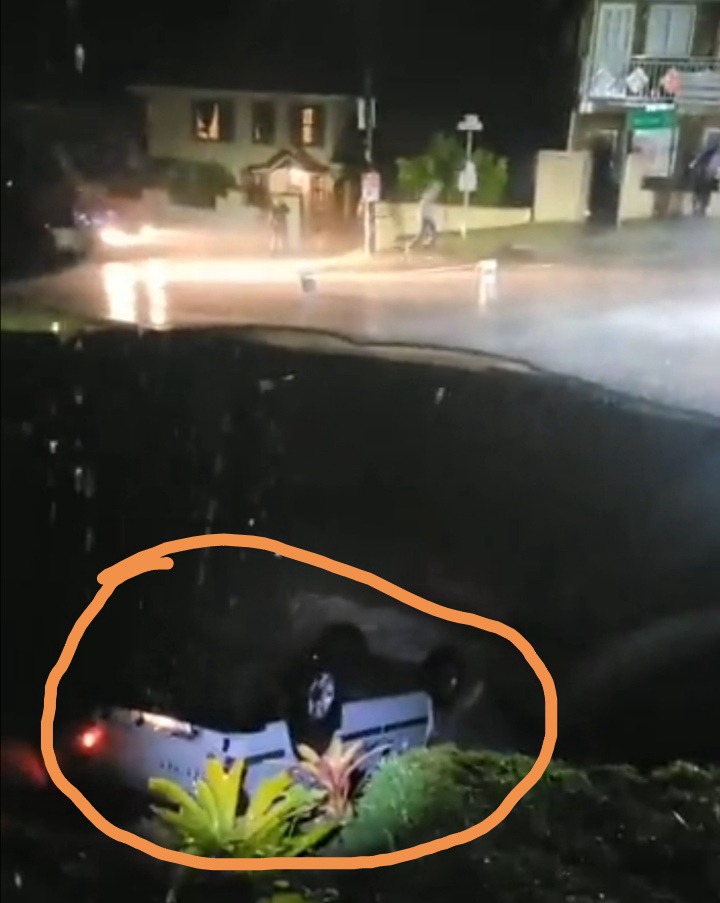 This is the current situation in KwaZulu-Natal the province had confirmed that they have not yet recovered from the last floods, but another flood is currently destroying the roads there's no building that had been damaged yet as no reports have not come in but only this one vehicle that fell into a sinkhole.

Hopefully the Municipality believes that his people where aware of the current flood, they're probably really to move to safer areas that are mostly likely to not experience any of the land shifting causing damage of property, infrastructure and etc.

The most important thing is to make sure that people are safe until the heavy rain settle down, then people can move back to their building or house.

Recent flood is alleged to be less dangerous than the previous flood that hit KZN and took 100s of live, this current one it is believed that people won't experience much damage.

So far only the roads where affected in one part of the community in KZN, no death recorded or serious injuries hopefully it will remain like that. It would be a serious problem for people living in KwaZulu-Natal they would be expect to evict their house if it will happen every now and then.