Woman fears for her life after taxi owner boyfriend assaulted her

A 21 year-old mother of two from Alexandra township; east of Johannesburg; was left black and blue with her eyes fully shut from swelling; when her taxi driver boyfriend beat her up the whole night on Friday. 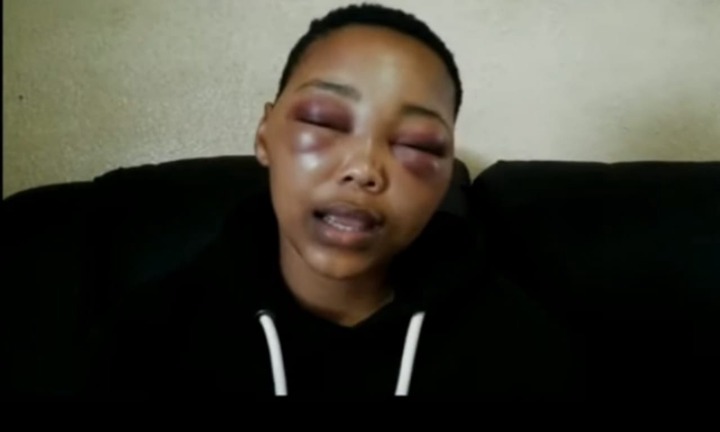 Ntokozo Mbatha after being beaten up by her taxi owner boyfriend; Frans Rataba.

The attending police officer left them both to "talk and iron out their differences;" however; Mbatha refused to be left with her abuser in one room and forced her way out of there. 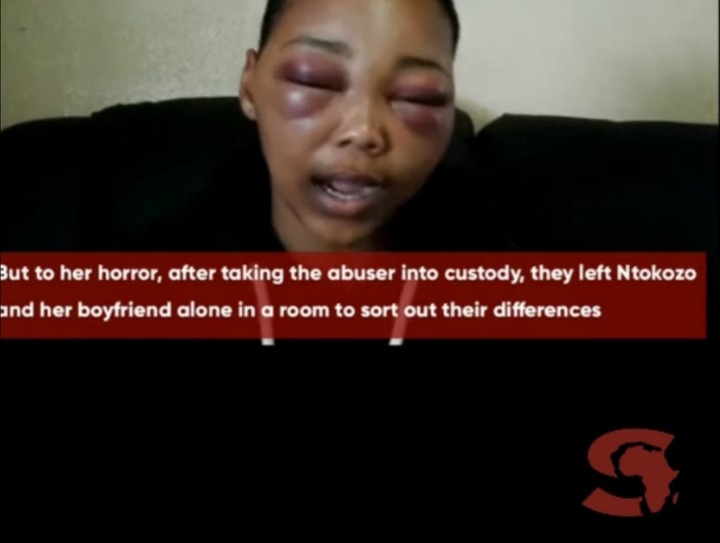 Ntokozo Mbatha speaking to a local newspaper about the assault.

She then went to the nearest clinic to get a J88 form (The J88 is a legal document that is completed by a medical doctor or registered nurse, documenting injuries sustained by the victim in any circumstance where a legal investigation is to follow); while she was at the clinic; she received a call from her cousin telling her that she can see Rataba walking by in the street; he had been released.

Mbatha does not feel safe with her abuser roaming the streets and feels like the system has failed her; more especially because Rataba had assaulted her three months before; and also shot at Mbatha's sister's friend who was trying to defend her.

Mbatha told the local newspaper that; whenever Rataba beats her up; he fetches his guns and keeps them in the house. Mbatha said Rataba told her that she is disrespectful towards him; hence the beating.

The gender based violence metted against Mbatha is evident all over her face; one wonders why she is not admitted in hospital because her injuries are severe and appalling.

The spokesperson for the SAPS in Gauteng; Captain Kay Makhubele said; a case of attempted murder was opened. The suspect was however; released on bail.