Police have nabbed suspects with a number of illegal guns (pictures)

Following the dispatch of different policing teams; by the South African Police Services (SAPS); in Kwazulu Natal Midlands; two suspects were arrested for their involvement in the case of the murder of Nkanyiso Zondi (24); from Pietermaritzburg on Monday.

The Taylors Halt police; were investigating the murder of Zondi who was shot by unknown suspects. He had been shot in the chest; closer to his left hand side; and ended up dead. 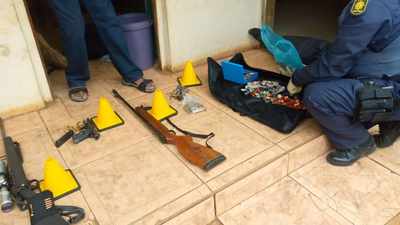 Illegal guns and ammunition; seized by the police; from a house where two suspects were arrested in Pietermaritzburg.

The spokesperson for the SAPS; in Kwazulu Natal; Captain Nqobile Gwala said; once the inquest docket for murder was opened; teams of police who fight different types of crimes; were dispatched to search for illegal guns in the Pietermaritzburg area.

Captain Gwala said; after the cops followed a few leads; the suspects were arrested after the discovery of a number of guns and ammunition hidden in one of the houses in this area. 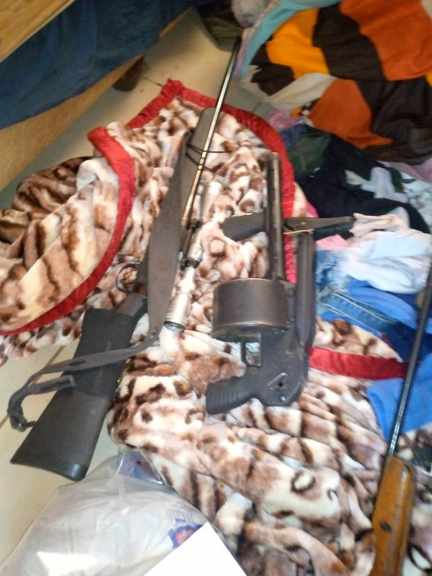 More illegal firearms and handguns recovered by the police; where to suspects linked to a murder were arrested at a house in Pietermaritzburg

The investigation and following of leads; led the police to a house where they retrieved a number of guns and ammunition.

"When the police were investigating; they found a shortgun rifle, pistol, revolver and an air rifle. They also found 212 bullets; then two suspects were arrested for possession of illegal guns and ammunition.The two suspects were also linked to a case of murder." Said Gwala.

The two dangerous; suspects who were arrested; are expected to appear before the Pietermaritzburg magistrates court soon.

The quick action by the police is commendable; in bringing criminals to justice; this arrest is notable because society believes that the police drag their feet if a person killed was not a prominent public figure.