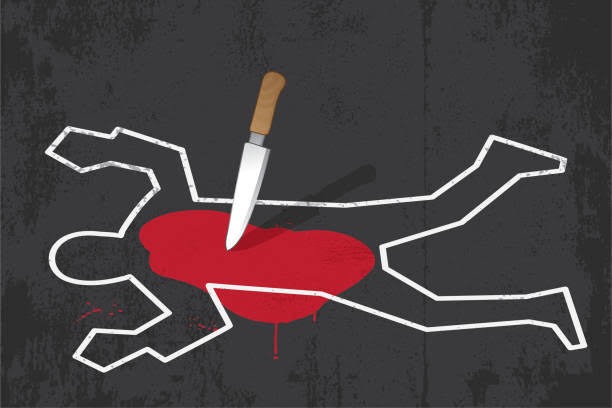 A man who was accused of killing his mother has been sent for observation by the Knysna Magistrate's Court. Anna Moss was killed and mutilated by her son.

Reports have it that Anna was seen last on the 7th January, and hopes for her safe return ended when the remains of her mutilated body were found in bushes between Alamein and Stroebel Streets in Hornlee.

Rolin who happens to be her son was later arrested by the police for her murder. Rolin initially went on the run before his arrest.

Police spokesperson Captain Malcolm Pojie said Rolin was arrested with the help of neighbors after he went on the run after the death of his mum. 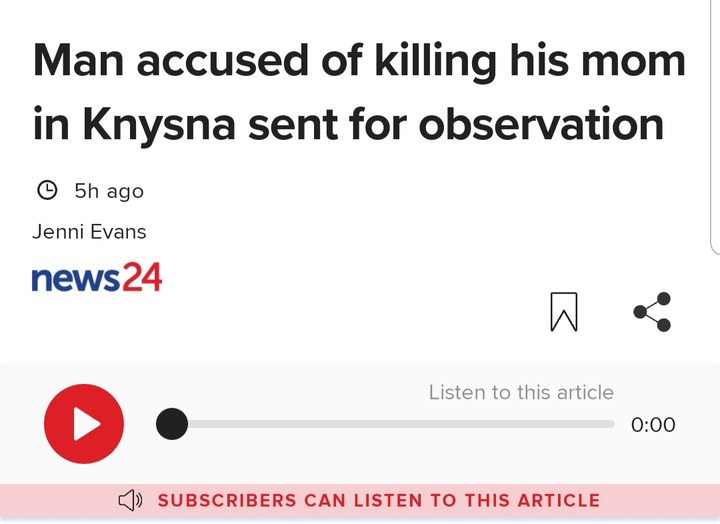 Eric Ntabazalila, the National Prosecuting Authority spokesperson while working on his case said that he 'Rolin' will be subjected to a preliminary mental evaluation to determine whether there is a need to refer him to Valkenberg Psychiatric Hospital for a 30-day mental observation.

Is so tragic that Rolin decided to take the life of his mother who carried for nine months in her womb and also watched him grow. May her soul rest in peace.

Rolin is expected to appear in court again on Friday. The case will continue on Friday.