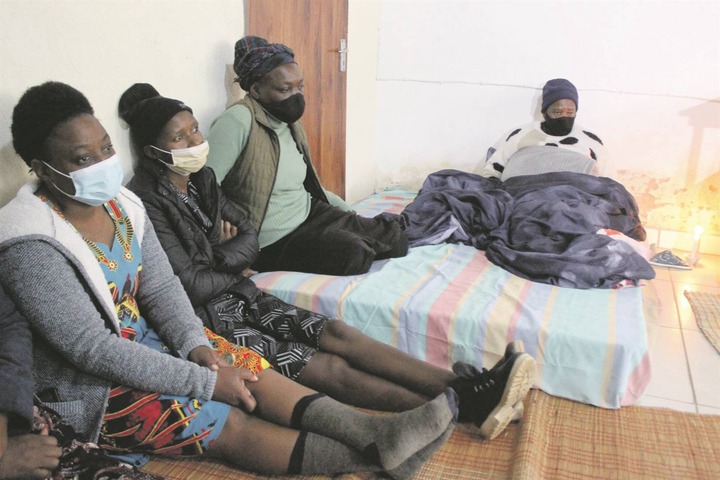 WHEN young Bontle Mashiyane went missing three weeks ago, her family begged to locate her alive.

Sadly, the six-year-old’s corpse was discovered in bushes and had been dismembered, allegedly for muthi.

Three individuals, including Bontle’s neighbours, have subsequently been arrested for her murder.

Bontle was reported missing on 30 April after she was last seen playing outside her house.

Daily Sun published her pieces on 9 and 16 May.

Her distressed aunt, Sharon Mashiyane from Mganduzweni, outside White River in Mpumalanga, said they didn’t expect someone they trusted with their children would do anything like this. were disappointed as the neighbours seemed like they cared and even helped to seek for Bontle.

“Discovering Bontle’s body like that was not a nice thing. We were hopeful we might one day see her stroll in. Everything doesn’t seem real. We am devastated.

“This is a great loss for everyone in the family,” she told Daily Sun.

She said that the fact that the culprits had been apprehended provided them with some measure of solace.

Many youngsters in the vicinity, who were also being targeted, have had their lives spared as a direct result of their arrest. The discovery of the remains, notwithstanding the poor condition in which they were discovered, has allowed us to put this chapter of the investigation behind us. We are happy with the way things are going so far with the inquiry, and we remain hopeful that justice will be done. She replied, "This is not only for our child, but we know that all of the children would be rescued from these horrible individuals if they are kept in prison."

The first suspect was captured at Kabokweni, and after being questioned, he admitted to having committed the crime.

The other two suspects, both of whom live in the same neighborhood as Bontle, led investigators to the location of her corpse, which was located in close proximity to her house.

It is believed that the suspects have been collaborating with izangoma in the region for the benefit of muthi.

It is reported that this is not the defendants' first murder committed on this street on which they are now being held.

In 2019, the remains of two sisters named Qibi were discovered discarded beside a creek after they had been murdered.

The community set a fire to kill a pastor and his nephew after suspecting them of being responsible for the deaths of two children.

Residents have expressed their disbelief at the news of the occurrence. According to Simon Mashele, they are terrified since the persons who have purposefully harmed them are quite near to them. "We are worried about the well-being of our children.

"We are not in a secure situation if those who are close to you and know you well are capable of doing this."

"It's quite unsettling to think that some of the folks who committed this atrocity are neighbors of ours," she said. They want to perform their filthy muthi rites on our pure children and use them as human sacrifices.

He expressed his hope that they would be imprisoned for a very long period and that the izangoma they are working with would be revealed.

Yesterday, May 22, the Premier of Mpumalanga, Refilwe Mtshweni-Tsipane, as well as the Commissioner of Police for Mpumalanga, Lieutenant-General Semakaleng Manamela, paid a visit to the Mashiyane family.

Mtshweni-Tsipane said that when they caught the first suspect, he reportedly confessed to the death of Bontle and four other children in the same region. The children were all killed in the same location. "The mastermind behind these crimes is a lady, the kind of person who is required to care for and feed these children," and "Bontle used to play with her 10-year-old kid when she was her neighbor," Bontle said. "These children are meant to be cared for and nurtured."

She said that it's possible that there would be additional fees applied.

It is anticipated that the suspects will make their first court appearances for rape, murder, and abduction today, May 23, at the KaBokweni Magistrates Court.

To combat the rising level of criminal activity in the Masoyi and KaBokweni regions, a specialized police unit has been sent there.