MALEMA: I rather suffer than to eat blood money, see what people says 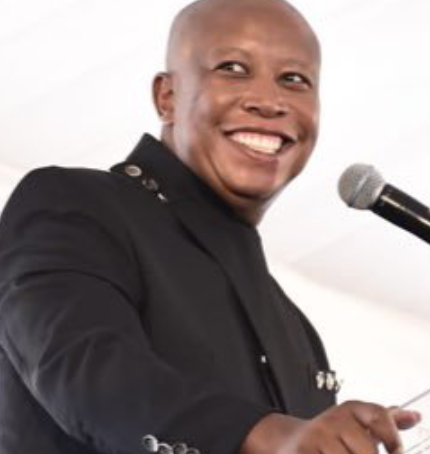 The EFF leader Julius Malema allegedly says, I would rather die suffering, than to eat blood money. Still surprised why the EFF is not talking about the Senzo Meyiwa case taking long. Mina I am waiting for ANC government to talk about it as well. So, you want to dictate the EFF agenda

Someone said on Twitter that, He’s ‘eaten’ too much blood and sweat money that one. He’s corrupt tendencies impoverished the people of Limpopo through those scandalous on point engineering tenders. Further, caused grief to poor mamas through VBS largest. He’s the personification of corruption. Man had an unexplainable wealth that attracted R15 000 000 tax bill. That money might not have had bloodstains, but it was blood money that was supposed to have delivered services to poor people.

Mr. Ratanang Trust. Started the EFF with money he got. From an international criminal. What a joke! I'm sure fighters are twerking. Losing their minds believing their ruler.

Someone also said on Twitter that, But you buy Gucci with illicit cigarette and drug money?

He's the last one to utter those words, elders in Limpopo are suffering today because of them (VBS). Does VBS not count? No wait. That is elderly tears money. Whatever he says to his followers is the gospel truth, and you can't tell them otherwise,

says a man who chowed TEARS OF Gogo Money Politicians are hypocrites and are only believed and trusted. That 16 million Rand house you were building in Limpopo has blood. Those farm's money as well, The donations you guys receive from the likes of Nathan Kirsh, Harmony Gold it is blood money. EFF members are probably twerking for Mr. Ratanang Trust non-stop now. Beware of politicians like Julius.

3 Reasons Why You Need To Drink Water Every Night Before You Sleep.

Sad: A lady shot dead by her boyfriend, Five times on the head after she allegedly cheated on him

Pictures of Andile Mpisane on the pitch leaves fans in stitches.

Common Things You Should Avoid To Save Your Liver From Cancer

Sad: Please Remember Sophie Ndaba When You Pray, Here Is What She Is Allegedly Going Through Now.

'See Top 5 Question That A Woman Asks When She Is In Love With You.

South Africans are not xenophobic and here is the proof