By BeccaScoop (self media writer) | 24 days ago

"They Came After Me First" Brother To Murdered Ferrari Owner Spills More Truth On Man's Shooting. 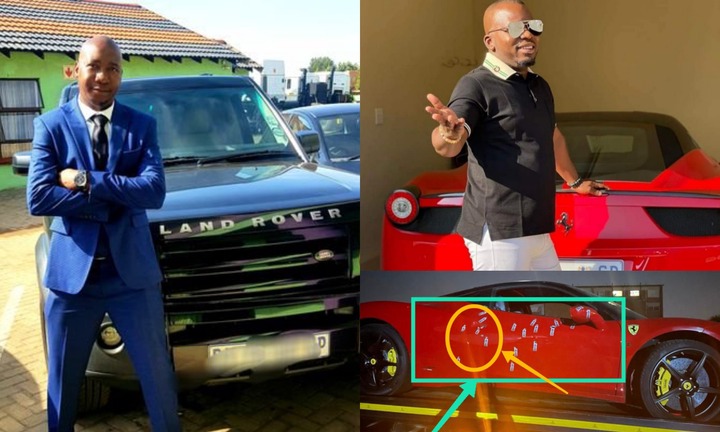 Earlier in the week, South Africans were awaken to the sad stories surrounding the death of a young, rich and vibrant South African man. A brother, uncle, father of one and a husband, who was shot multiple times by unknown gunmen.

The core victim of the hit, Mr Warren Muzi Nzama is a 41 year old rich businessman and entrepreneur. He was driving a R7 million Ferrari sports car but sadly he was with two other people, a lady and another guy although the guy's whereabouts is yet unknown. 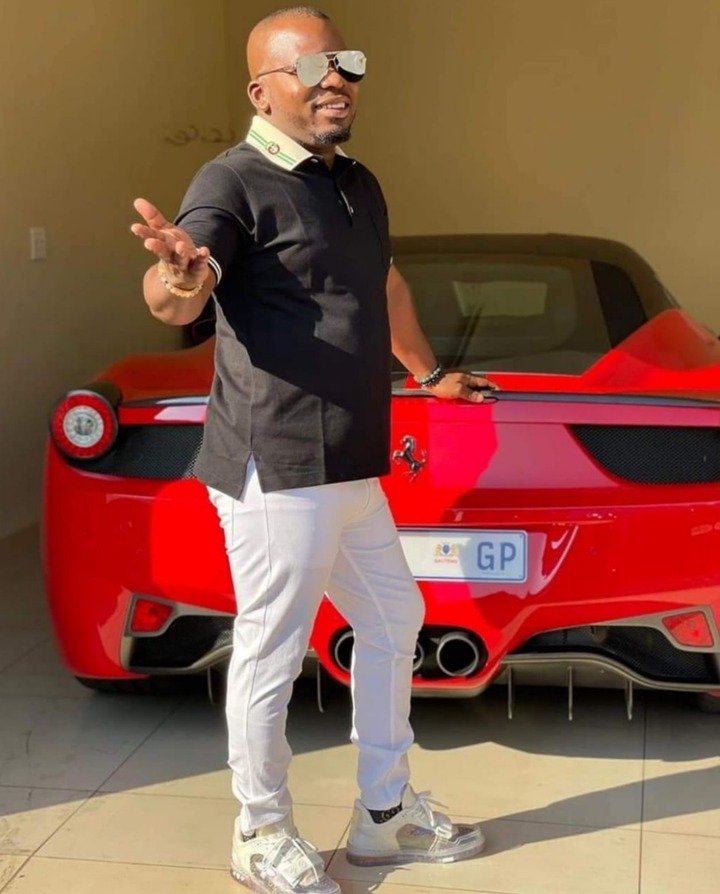 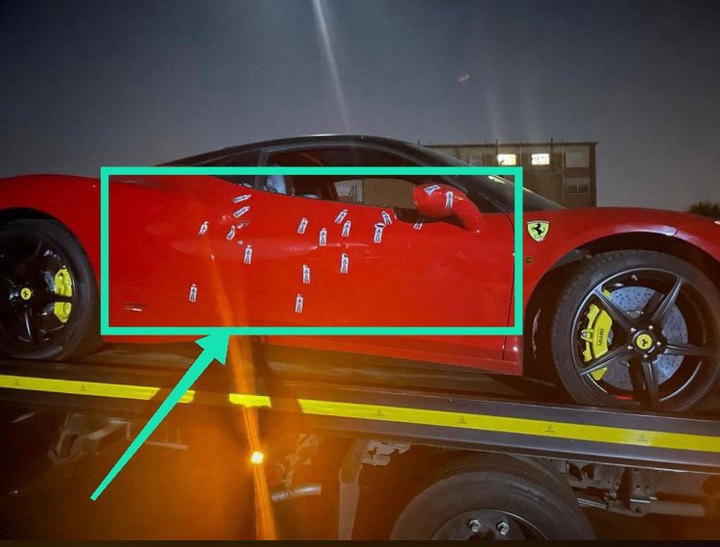 The reports has it that on their way to a hangout location, a Toyota car with an unknown number of people blocked Mr Muzi's Ferrari. The occupants of the Toyota randomly shot at the Ferrari killing two occupants.The driver and owner, Muzi (41) died instantly, whilst a young lady, Gugu Omusha (21) from Eastrand, died when police arrived at the crime scene.

Since the news went viral, various narratives were reported by a number of people. Some said the Lady's death was deserves for leaving her man to be with someone who has money, another said the man's wider was tired of her husband's cheating hence sending a hitman to terminate the female victim but her husband was unlucky. 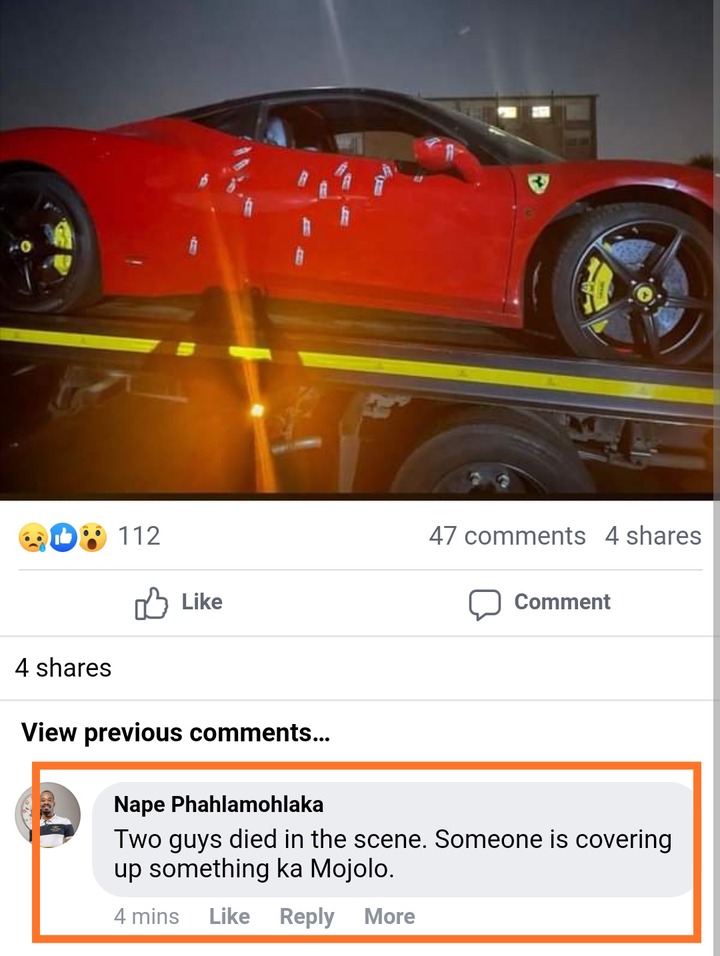 However the real truth surrounding Muzi's shooting was revealed by his brother's comments and tweets. He first off warned people to stop circulating fake news about his brother and that his brother's son has been broken with this.

Moreso, a comment pointed out that Muzi's shooting was a hit from business partners he would have has fights with. The comment indicated Muzi is currently involved in tender businesses where he and is team received government contracts to do some jobs, of which they've gotten a lot of money. 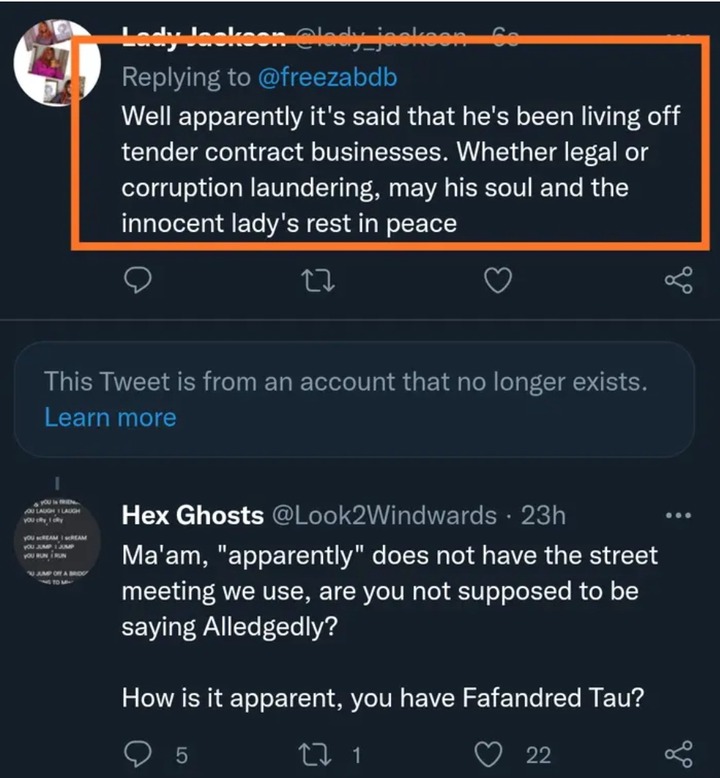 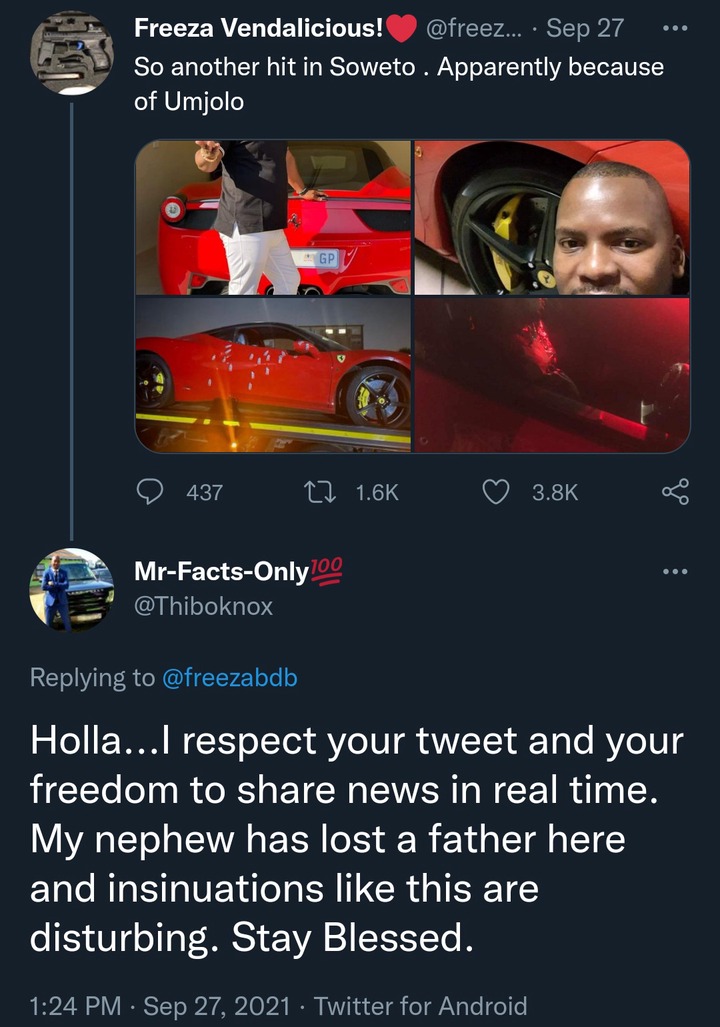 Confirming this, Muzi's brother known simply as Mr facts only indicated how unknown gunmen attacked his home earlier the same month but God's everlasting mercy protected him and his family.

After spilling more truth surrounding his brother's killing, Mr facts only has since ignored any more bad comments and narrative that's being propagated by people. 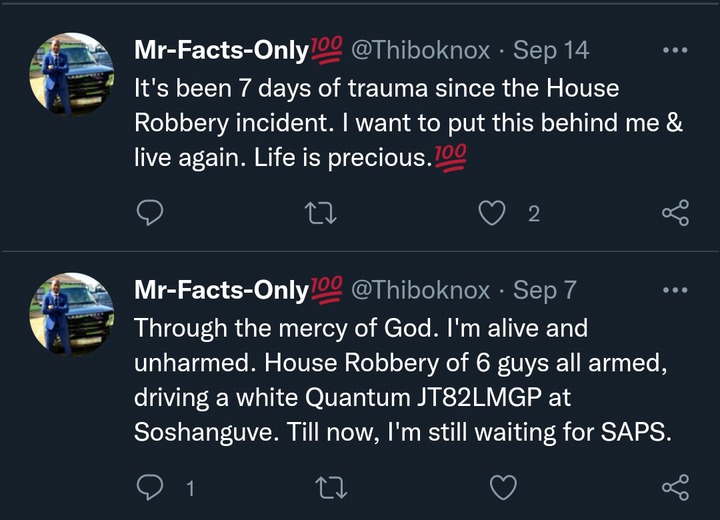 May the soul of his brother rest in peace.

Content created and supplied by: BeccaScoop (via Opera News )

The summary of accidents that took place yesterday in Mzansi.

“Chiefs is privileged to have a senior professional like Bernard Parker,” said Stuart Baxter

Mzansi could not believe what wife discovered about her husband

EXPOSED: Celebrities who allegedly insured their bodies parts for millions - number 3 will amaze you