Grandfather expected to appear in court for allegedly raping his granddaughters

46 year old man is expected to appear before the Brits magistrates court on Monday, 17 May 2021 for the alleged rape of four minors.

Police spokesperson in the North West province Captain Aaftje Botma said the court appearance stems from his apprehension on Friday, 14 May 2021, in Maboloka near Letlhabile, according to information available at this stage three of the victims, 9 and 17 year old sisters and their 8 year old cousin had been staying with family, including their 46 year old grandfather.

" Allegedly the 17 year old victim reported to her teacher at school on Wednesday, 12 May 2021 that her grandfather has been raping her since she was in Grade 2, it was also determined that the younger girls were also allegedly raped by the same suspect." Said Captain Botma.

" Furthermore on Thursday, 13 May 2021, the mother of a 14 year old, who is a neighbour, alleged that her daughter was also raped by the same suspect. Preliminary investigations were conducted and the 46 year old suspect was immediately arrested and charged with four counts of rape."She said Captain Botma.

The Acting provincial Commissioner, Major General Dintletse Molefe, condemned these incidents of Gender Based Violence and said police will continue to work hard to ensure that perpetrators are brought to book.

The Community members of Maboloka were up in arms from Wednesday working together with the police to apprehend the suspect saying enough is enough, they also 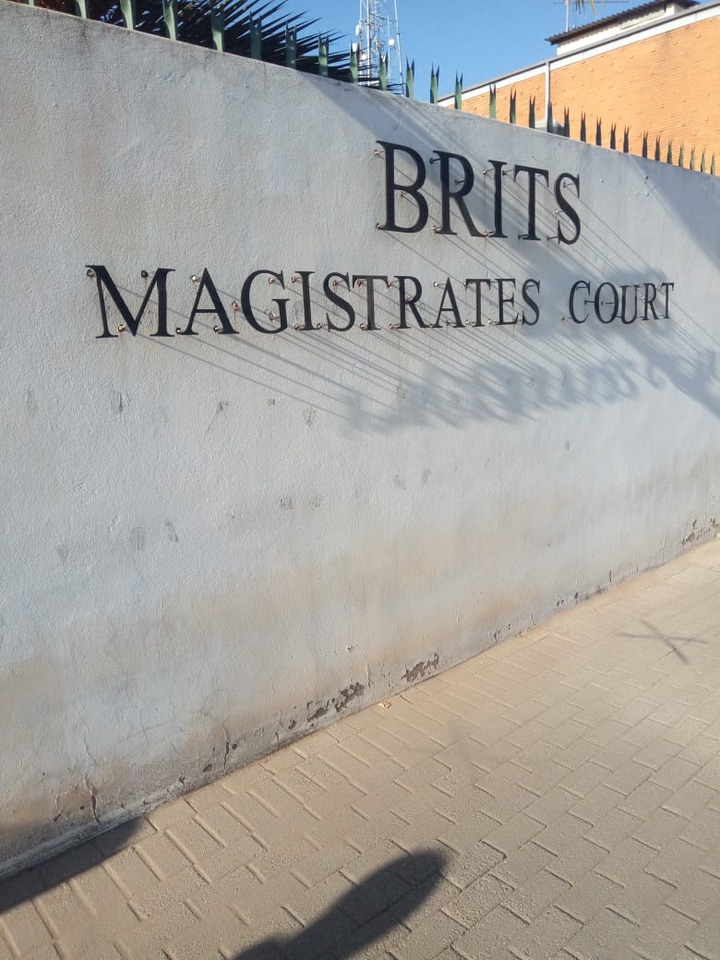 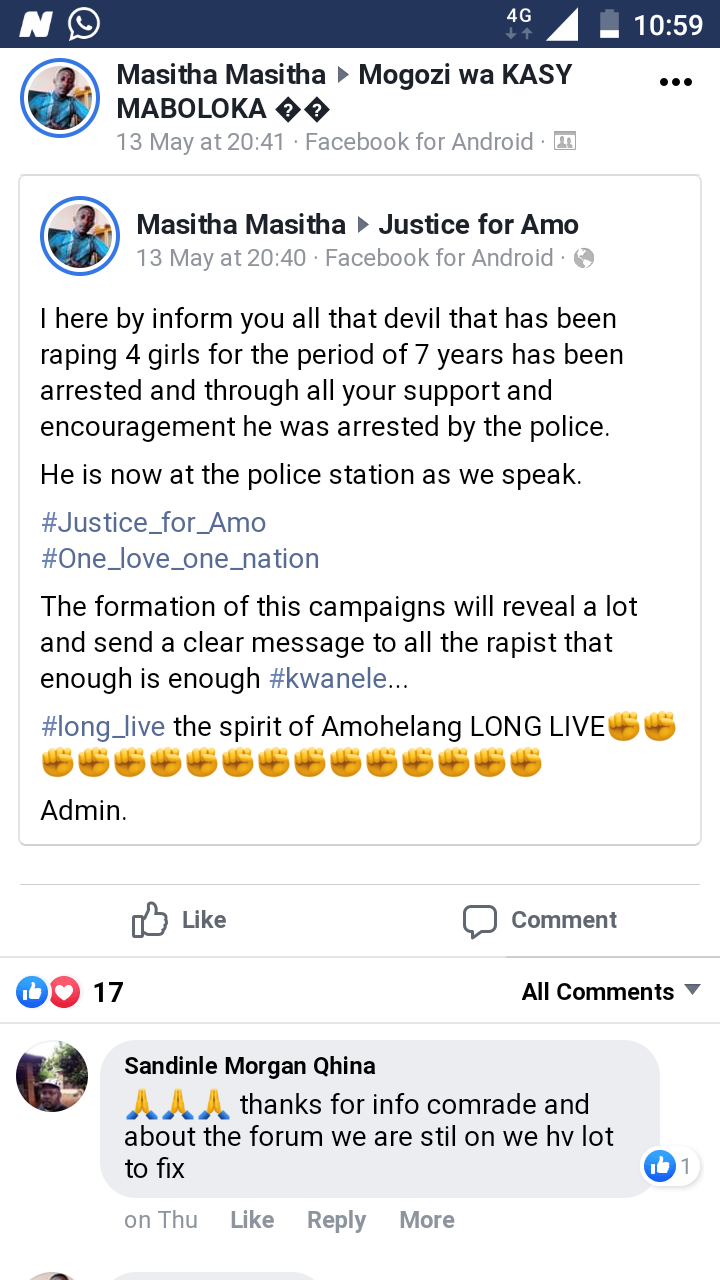 reacted on social media including Facebook about the incident.

This happened just two weeks after a 7 year old girl Amo was raped and burnt to death in the bushes by the alleged suspect Moses Makoso who is currently remanded in custody.