Men Were Busted After Stealing From Someone

Two Men Were Busted After Robbing A Man 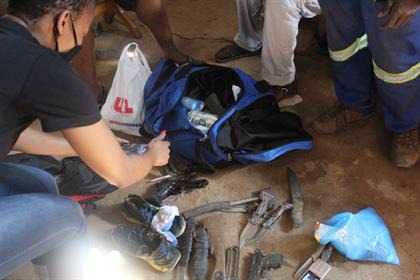 Two men have found themselves in the wrong site of the law. They have been stealing for quiet some time in the area of Plastic View Squatter camp,east of Tshwane.Unfortunately they weren't lucky after stealing from someone, they got caught.

At Plastic View Squatter Camp,east of Tshwane,two men were seen running towards the bushes carrying a bag and a toy gun.The resident cornered them, and asked them if they've stole from someone.They both denied the claim.The resident asked them to show them a cellphone of one of the men was holding,it turned out the screen was that of the man who they stole a cellphone from. 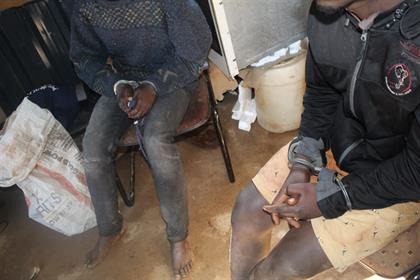 A number that was stored in the cellphone as Wife,was immediately contacted and the wife confirmed the news, that indeed his husband was robbed near Woodlands Boulevard Shopping Complex.

The couple went to see the thugs that robbed the husband. On their arrival,they found criminals been searched.They found knives,pangas and scissors that they used to commit crimes. Both criminals were beaten by the residents with the Sjambok until they confess to committing other crimes.

Committing crimes is not a way of living,sometimes you can get into a very serious trouble or end up being killed.

Check Out 3 Popumar Actresses Who Hid Their Pregnancy From The Public. See Names