By Renowned (self media writer) | 10 months ago

We live in a modern world that is plagued by a variety of social injustices that are in direct opposition to the high morals and cultural values that constitute a community. As adults take advantage of children, there has been a rise in the number of incidents of defilement reported in the community as a result.

After a 15-year-old girl was repeatedly violated by her biological father on more than one occasion, a family in Webuye has been pursuing justice for the past few years. The mother of the girl has been aware of the events that have taken place, but her husband has been quite cruel toward her. Her efforts to seek assistance from police officers and the Children's Department have been fruitless since her husband has threatened her.

The father has taken advantage of her daughter since he had split from his wife and as a result, he has been the one responsible for supplying her with the necessities of life. When his daughter refused to inform anybody, the father threatened her, stating that if she did, he would murder her.

As reported by K24 TV, the daughter claims that her biological father refused to let her have a separate bedroom and demanded that they share a single room instead of two. The child had also informed her grandmother of what had been taking on, but her grandmother instructed her not to tell anybody else about it. 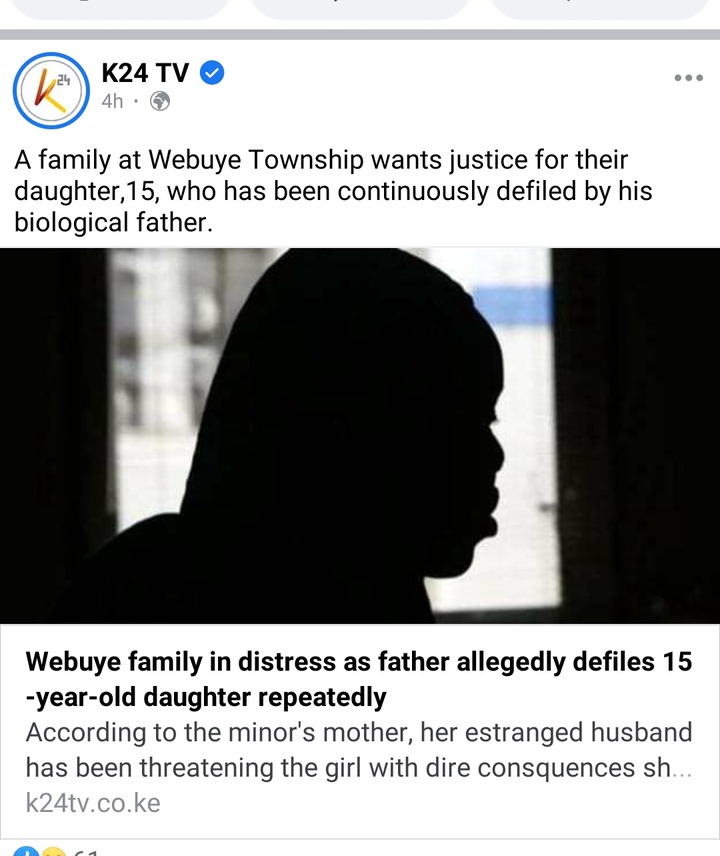 Woman Was Shot By Her Husband Inside A Police Station

Good looking double storey house you would like to check out.