“Caught On Camera” - Ramaphosa allegedly ‘dozes off’ during Enyobeni funeral

People on Twitter have refuted accusations that President Cyril Ramaphosa was nodding off during the funeral of the victims of the Enyobeni Tavern attack and instead stated that he was engaged in "serious prayer" the entire time. 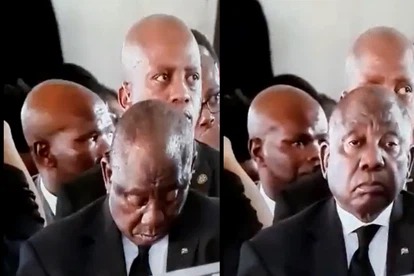 Several times throughout the proceedings, cameras caught Ramaphosa with his eyes closed and his head bowed in the direction of the camera. 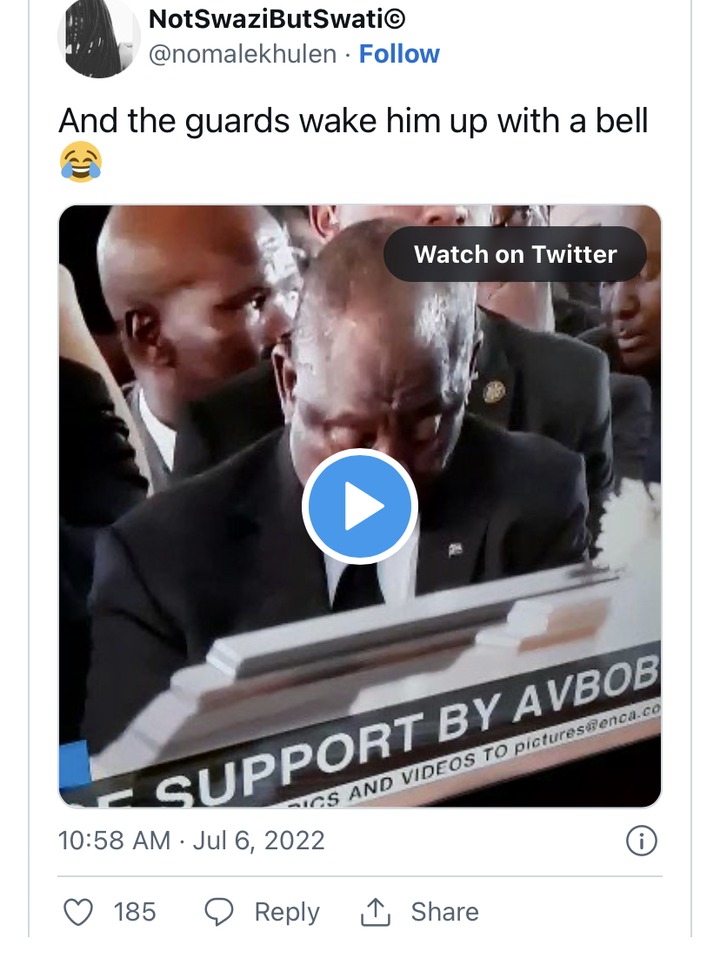 At the funeral for those who perished in the Enyobeni disaster, which took place in Scenery Park in East London, President Cyril Ramaphosa was present, along with other national and local government dignitaries. 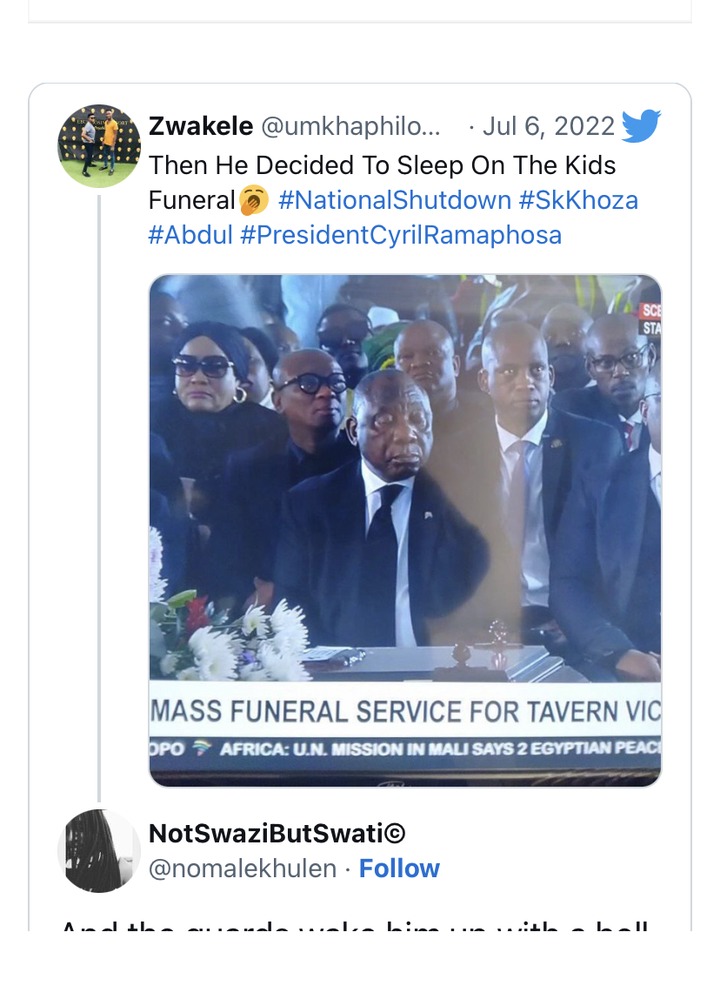 It was reported on Sunday that 21 people, all of whom have since been determined to be youngsters under the age of 18, had passed away under strange circumstances. There have been many hypotheses put out as to what caused the deaths of the adolescents; however, the authorities have made it abundantly plain that the cause of death has not yet been determined, and that investigations are still underway.