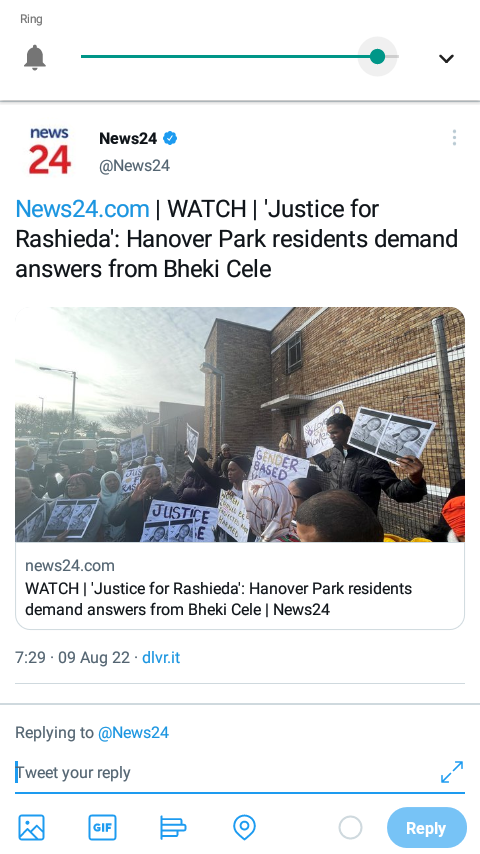 On Monday, angry people stopped Police Minister Bheki Cele in front of the Athlone Magistrate's Court. Rashida Brown, a young mom and activist, was killed in her home last month. Since then, the community has been calling for justice.

Residents of Hanover Park went up to Police Minister Bheki Cele and asked him to do something about violence against women.

Residents waited outside the Athlone Magistrate's Court to see an 18-year-old who had been arrested in connection with the murder of crime activist Rashieda Brown.

Monday was a very emotional day outside the Athlone Magistrate's Court, where Hanover Park residents cornered Police Minister Bheki Cele and asked him to do something about the problem of violence against women.

Cele was in court for the first time for three men who were arrested after a huge drug bust last week.

How safe is where you live? Use CrimeCheck on News24 to find out.

People waited outside the court to see an 18-year-old who had been arrested in connection with the killing of Rashieda Brown, a 44-year-old crime activist.

With signs that said "Women should be protected, not hurt" and "Justice for Rashieda," they asked Cele to make sure that Brown gets her fair share of justice.

Shireen Petersen, a local resident, told Cele that Brown's kids would grow up without a mom.

We want the killer to be punished. We want anyone who kills a woman to never get out of jail; they should throw away the key. They shouldn't be out there.

Petersen said it was time to stop.

"This can't keep going on. We want this to be fixed. What about the woman's kids, who still have to grow up? she said.

Cele replied that he hoped that justice would be on the side of the people.

"We hope that the accused doesn't get bail so that the family can get some peace and closure," he said.

Brown was shot in the head in her Athburg Walk Wendy house. The people who came to help said she was dead right away. The mother of six kids was a well-known crime activist and a member of the Mount View Walking Bus.

Nigel Abrahams, who is only 18 years old, is being charged with murder and illegally having a gun. 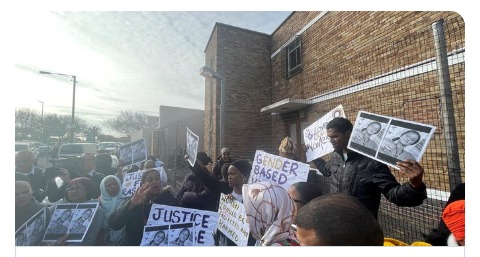