The scene where the burglar was purportedly killed by the crowd. Photograph by Christopher Moagi .

A TRIGGER-HAPPY looter was killed by a group in the kasi on Tuesday, 25 January.

The hooligan had shot and killed one individual and injured one more in Orlando East, Soweto, when the crowd jumped.

He evidently attempted to deny an understudy of her cellphone and when Xolani Mnguni (21) mediated, he was fired in the chest area. 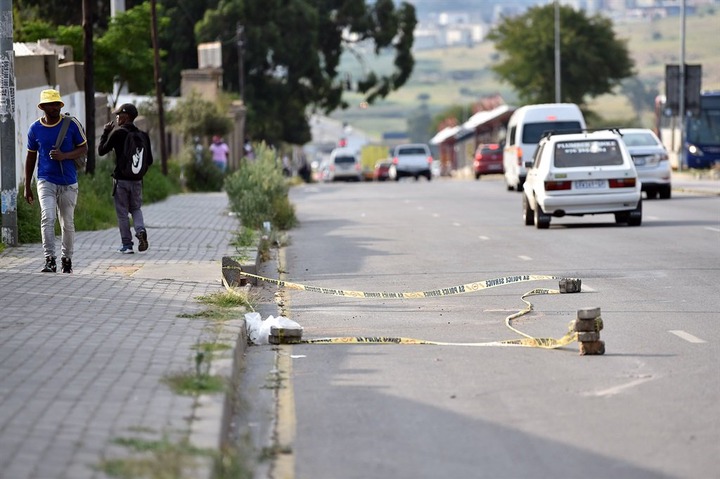 Xolani Mnguni is recuperating in the medical clinic after the occurrence.

Additionally READ: CALL THE COPS IF YOU SEE THIS MAN!

Jose Bila (38) was shot in the head and killed while attempting to stop the escaping hooligan. An observer told Daily Sun the young lady was strolling in the road at that point.

Jose Bila passed on subsequent to being shot.

"At the point when the folks attempted to stop him, he shot through a pack he was conveying the weapon in. He discharged a shot and hit Xolani. He was then pursued by two people and he shot one, who kicked the bucket on the scene. He continued to shoot until he was gotten and beaten by the local area," said the observer.

"I was in the house washing dishes. Abruptly, I heard shots and a young lady shouting. I peeped through the window and saw Xolani's companion, who came to let me know he had been shot," she said.

Lieutenant-Colonel Mavela Masondo affirmed the episode, uncovering that the suspect was working with two others, who were captured on Tuesday and accused of theft, murder and endeavored murder.

One more case was opened for the people who killed the suspect.

Petrol and diesel prices to soar next month. The fuel levy which was removed will also be brought in