The people of South Africa has lost hope in the South African Police Services these days, they no longer trust them since they are in many cases found doing the absolute opposite of what they are suppose to be doing, instead of serving and protecting, sometimes they are caught being the ones who are breaking the law or caught drunk while in full police uniform, sometimes they are found using the state vehicles for personal purposes. When the police break the law it becomes a big issue and these two cops were filmed assaulting a man who reportedly called them in to report a missing person, but he found himself getting a beating from the cops. 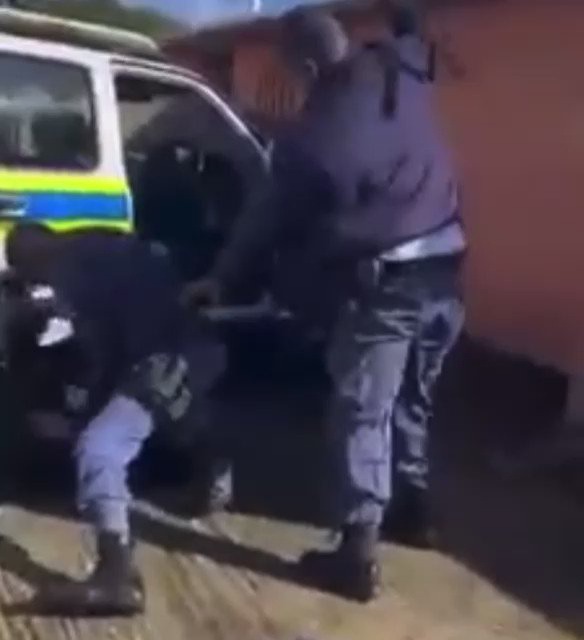 A video has emerged on social media where two cops were seen assaulting a defenseless man while he was on the ground, there was literally nothing he could do since they had him pinned on the ground as they continued to beat him up mercilessly while this woman tried to beg them to stop beating him since he did nothing wrong. 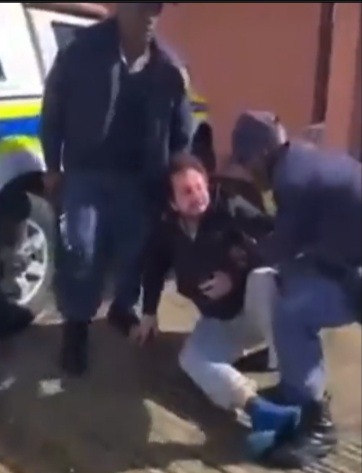 On the video, two Police officers in Fish Hoek in the Western Cape were seen assaulting a man who apparently called the South African Police Service to assist in reporting a man missing, instead of getting help, he actually got the beating he never experienced his entire life.

After beating up the man, one of the cops charged on one of the on-lookers who was filming as he threatened him as well, but he was not shaken, then the tried pulling the man as they wanted to put him inside the van. 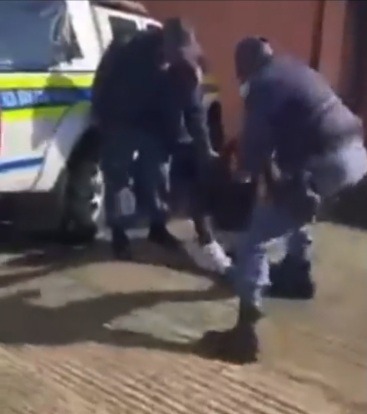 It is not clear what the man did that warrants such beating, the people who were watching were not happy at all a out the incident, they were talking as they filmed saying this was pure police brutallity.

Mzansi moved to tears after a Mother was caught stealing, check out what she stole