The gogo points across the street from her house at a smelly pit toilet, one of many her community still uses.

“We are still using pit toilets even after millions were allocated for a sewerage project,” said the gogo who is a traditional leader in her area and stays with her children and grandchildren.

Reporters visited her home in Mokuruanyane village outside Lephalale.

She said it would have been understandable if the government didn’t have the money but that there are reports that money allocated for service delivery has been misused.

She said besides incomplete projects throughout the municipality, the mayor hires whoever he wants in the municipal departments.

She said some of the infrastructure that has been abandoned could have created jobs for the youth who are struggling to find employment.

“But the only people who get employed are those who are close to him [the Mayor],” she claimed.

Monica Sijaphala said when the projects were introduced in their villages, they were happy that they would benefit by getting employment.

“We didn’t benefit in any way. For those who thought they were lucky and got the jobs, they were never paid,” she said. 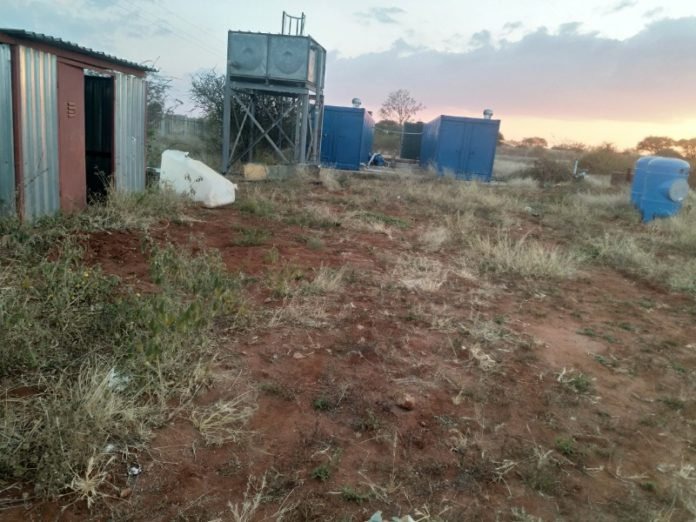 Abandoned infrastructure of an unfinished project in Lephalale

Monica, a mother, said some of the abandoned projects like the water tanks pose a danger to children who climb up and play around in them.

The contracts and projects listed below are some of the unfinished projects which have been paid in full.