A person responsible for the death of a traffic superintendent in Gauteng has been apprehended and taken into custody in Durban. 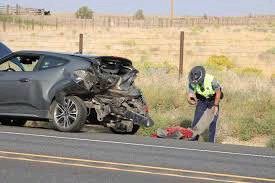 (This picture is merely included to serve as an example.)

According to the allegations, the official with the Johannesburg Metro Police Department, who was 37 years old, was killed when he was struck by a vehicle in a beige Renault Sandero.

According to the spokesman Wayne Minnaar, "The female traffic superintendent was with other JMPD associates in the middle of going to two accident sites along the N12 between Golden Highway and K43 when the motorist in the Sandero failed to stop and hit the supervisor."

He stated that authorities who were already at the scene pursued the driver and captured him.

Breathalyzer results showed that the motorist had a blood alcohol concentration of 0.69 mg, which is approximately three times higher than the legal limit of 0.24 mg.

Minnaar reported that the driver had been apprehended and was being charged with negligent homicide, driving while under the influence of alcohol, and failing to stop at the accident scene at the Eldorado Park police headquarters.

The manner in which the driver conducted himself was strongly condemned by Councilor David Tembe, who serves as the MMC for security in Johannesburg.

"Nobody in a position of authority, such as a traffic superintendent, should ever have to worry about their safety, whether they are on the job or not. The intoxicated driver should be held accountable to the fullest extent of the law, "Tembe stated.

What kind of consequences do you believe should be handed out to the careless driver?

do not overlook the importance of helping by liking, sharing, commenting, and following up for additional fascinating articles.