Principal allegedly tied learner and put him in a pit toilet full of poop, here's why

Community members of eLundini in the Eastern Cape are reeling in shock after a principal allegedly put a child inside a toilet. According to the residents, the principal forced the child to retrieve his cell phone that had fallen inside the toilet. In a video clip circulating on social media, it is stated that the principal tied the learner with a rope and put him inside the toilet as he held on to the rope. The child had to grapple around human poop in search of the cellphone. 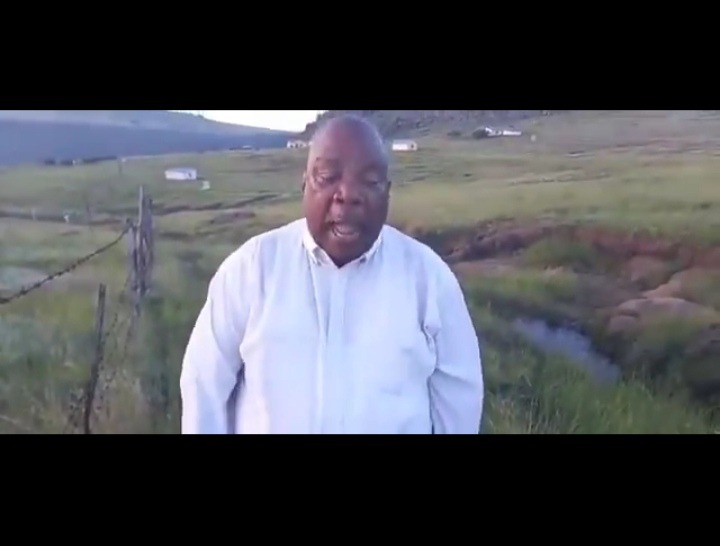 Image: Screenshot of the video clip where community member narrates the ordeal.

Controversial poet, Ntsiki Mazwai, also expressed disgust over the matter. "Guys a school principal put a school child into a pit toilet with poop and everything... To retrieve their cellphone," Ntsiki wrote on Twitter.

According to the Department of Basic Education which responded on the matter, the act is a serious violation of human rights. MEC of Education in the province says she is utterly shocked about the incident. 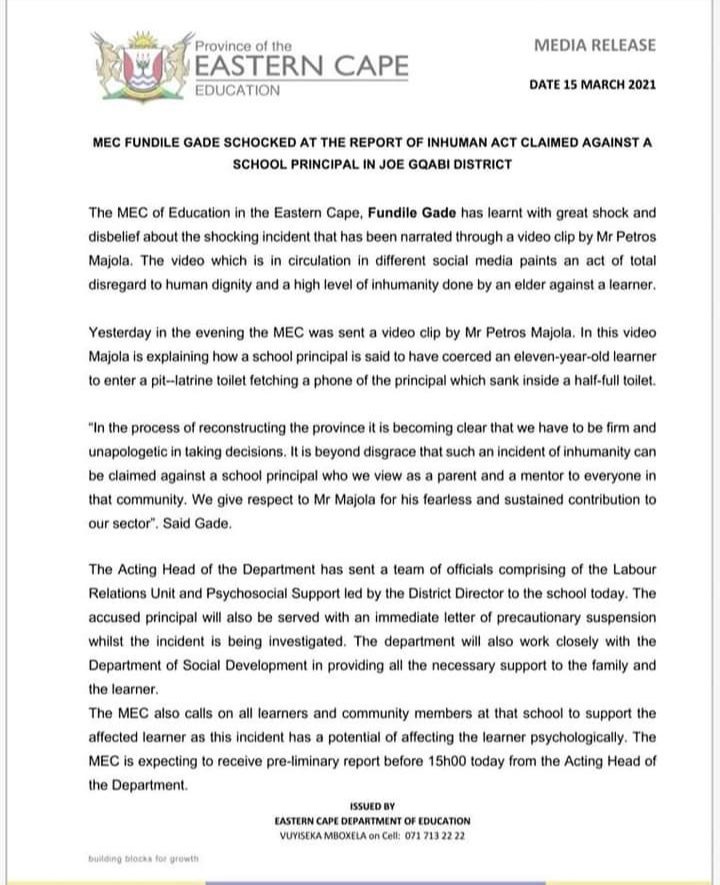 According to community members, "The child has no parents and stay with grand mother. The child does not want to go to school now because other kids." Ndiya Nqulu said on Twitter.

"This is disgusting, the principal must go to jail and be fired. He is not fit be anywhere near the kids." 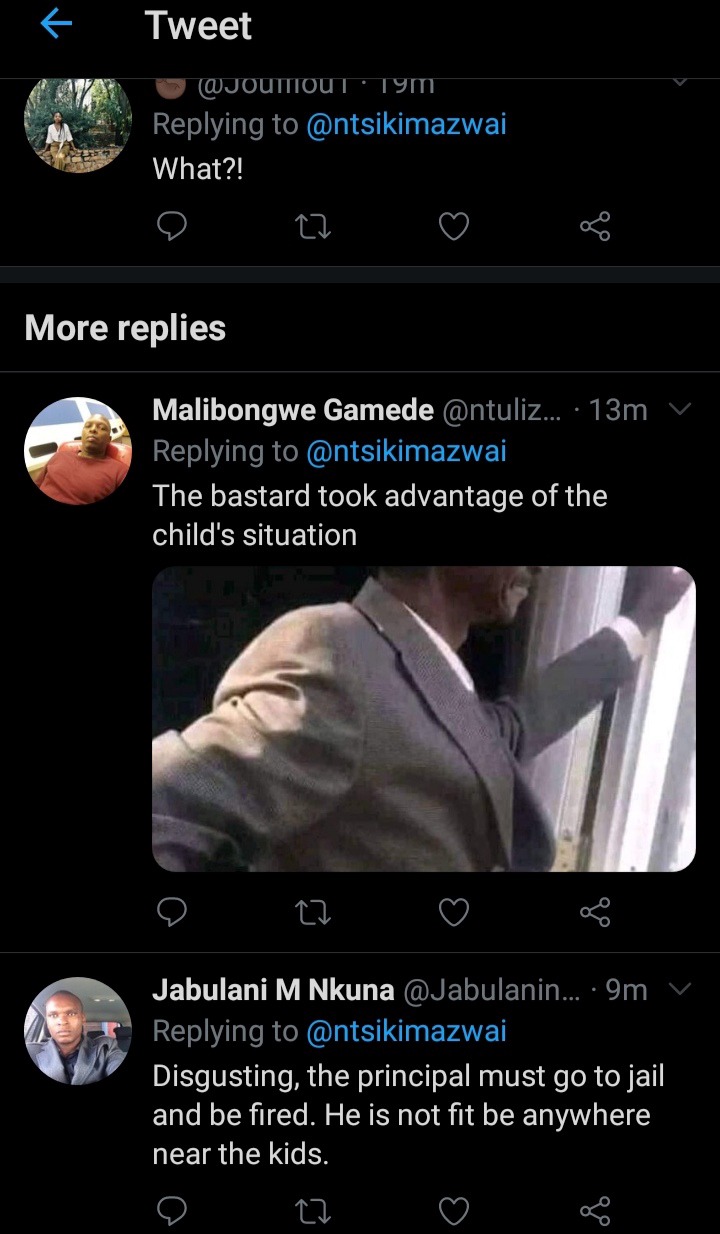 An Illegal Miner Who Was Arrested Was Released On R1000 Bail