A father beats his kid after he let a g̷a̷y̷ man to do this to him in public at a party, which was against his father's principles. Take a look at this. 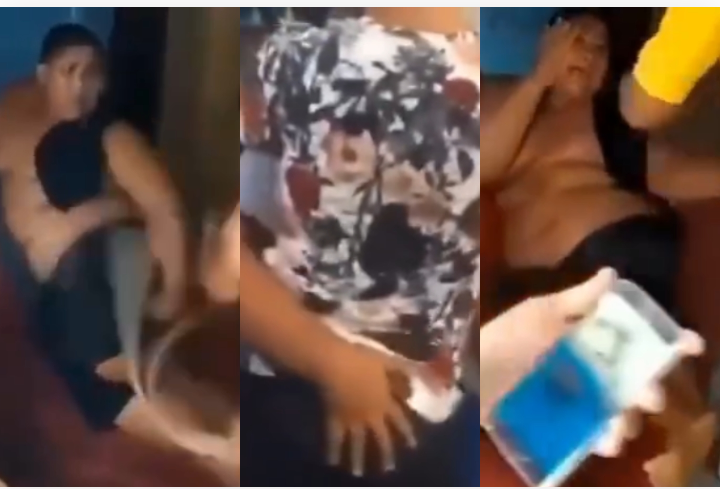 After his kid let a g̷a̷y̷ man to ROCK him publicly at a party, a father beats his son severely

After learning that his son had been spotted at a party enjoying the time of his life with a popular gay man in the area, a father reacted violently toward his son and beat him up.

The guy beat him brutally and demanded to know why he had done so, knowing well well that he had not been brought up to associate himself with homosexuals.

It required the intervention of the boy's mother to bring the father to his senses and prevent him from inflicting a painful lesson on his kid that he would not soon forget.

This situation appears that this allegation is identical to one that happened a few days ago about a Nigerian father who beat his daughter and almost choked her, after realizing she was into lesbianism.

As part of an organized family attack, the man latched onto the girl and delivered a brutal beating.

When the lady and her lesbian girlfriend were recorded in a video that accompanied the story, they were kissing and lying in bed, and the couple appeared to be in love.

Her father, who spoke in Igbo, grabbed her by the neck and inquired as to why she decided to engage in such activities.