South Africans were left shook to learn the passing of Mbali Hlongwane; a young mother who was also an IT student at Ekurhuleni West College. According to the details, which were shared on Instagram and later shared on Twitter, the young student paid with her life because a fellow male student could not stomach the fact that she had qualified for all her exams while he, assumably, didn't. 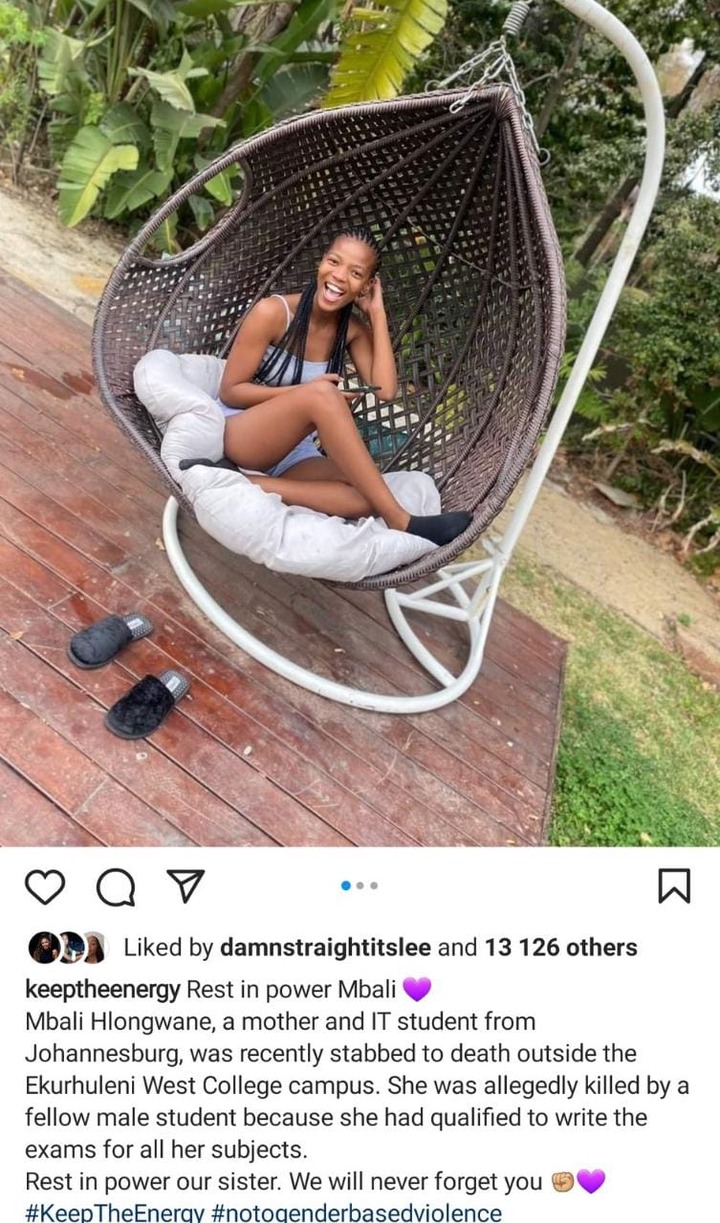 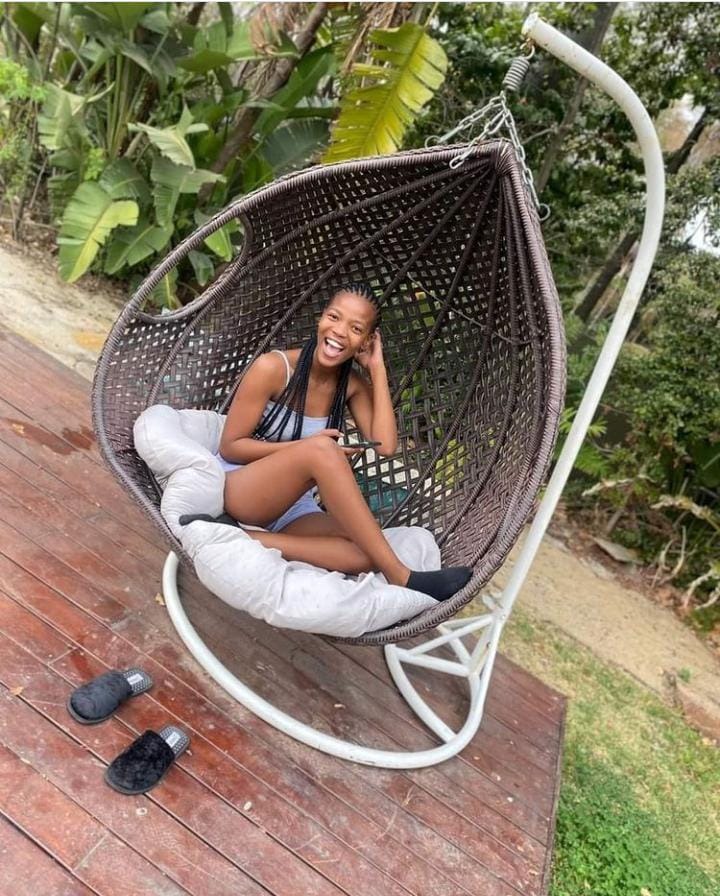 A lot of people cannot fathom how a student can just kill another because she qualified for her exams; bringing in theories about the nature of their relationship going beyond studenthood. Suggestions of being study partners, drinking buddies and even lovers surfaced. A few other commenters said to withhold their comments because the story sounds a bit incomplete and sketchy.

Whether or not the two had a relationship beyond studenthood, it still does not justify that a young woman's life was cut short before she could live out her dreams and raise her child. The fact that people are looking for reasons that could have led to the killing shows that they don't think all killings should be condemned; instead it is insinuated that some murders are justified if one party wronged the other.

A lot of heartfelt and bruised messages of condolences were shared and many women said of how these killings need to stop because it appears that they get worse by the day; as if there's a record that is trying to be broken.

Study partners for sure. The fact that she qualified for all modules and he didn’t while they were studying together that might have been the case. @KhutsoPeter3

People are just pure evil. May she rest in peace @jstSne

This is terrible i dont understand why man do this to us, 😭its really sad that some men can't hold back their grudges or urge to feel more power. Our justice system needs to deal with these perpetrators harshly, we have endured now its too much @QueenEphanie 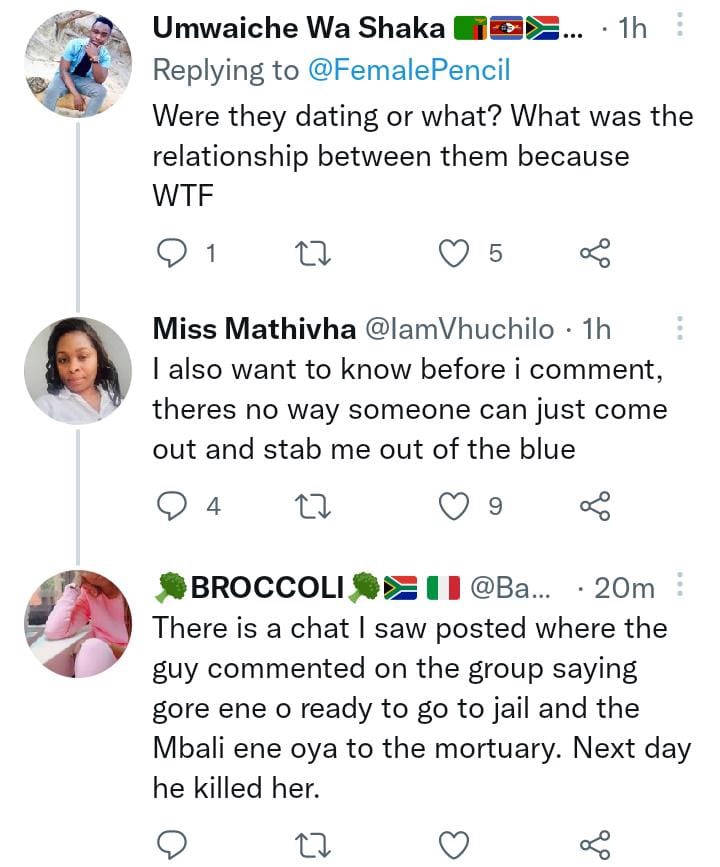 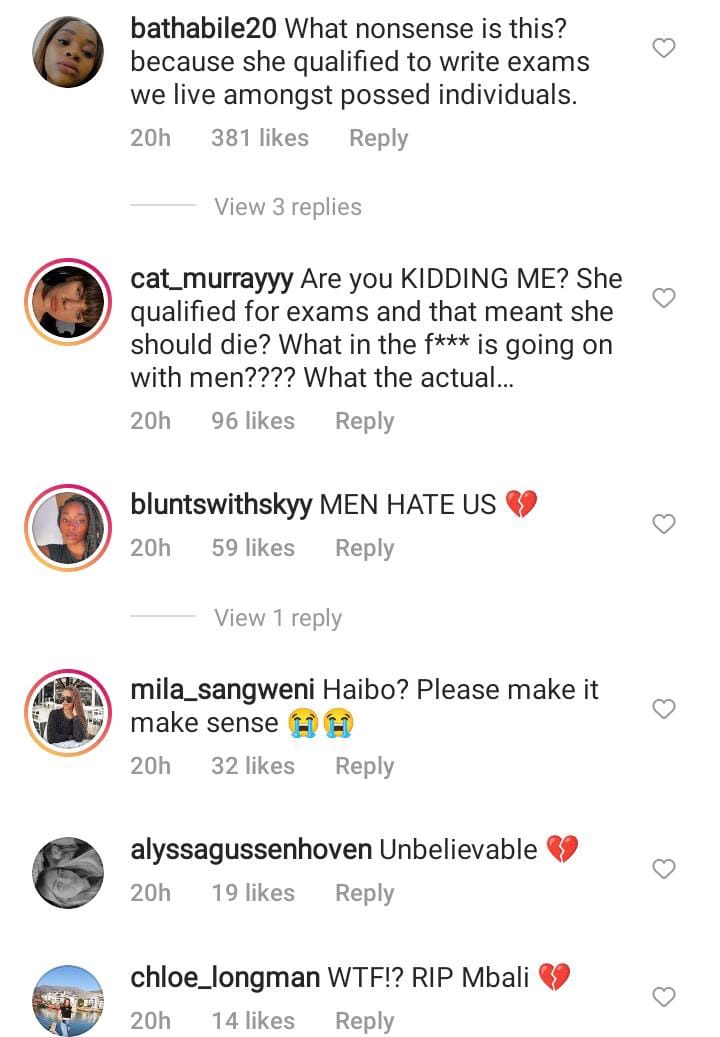 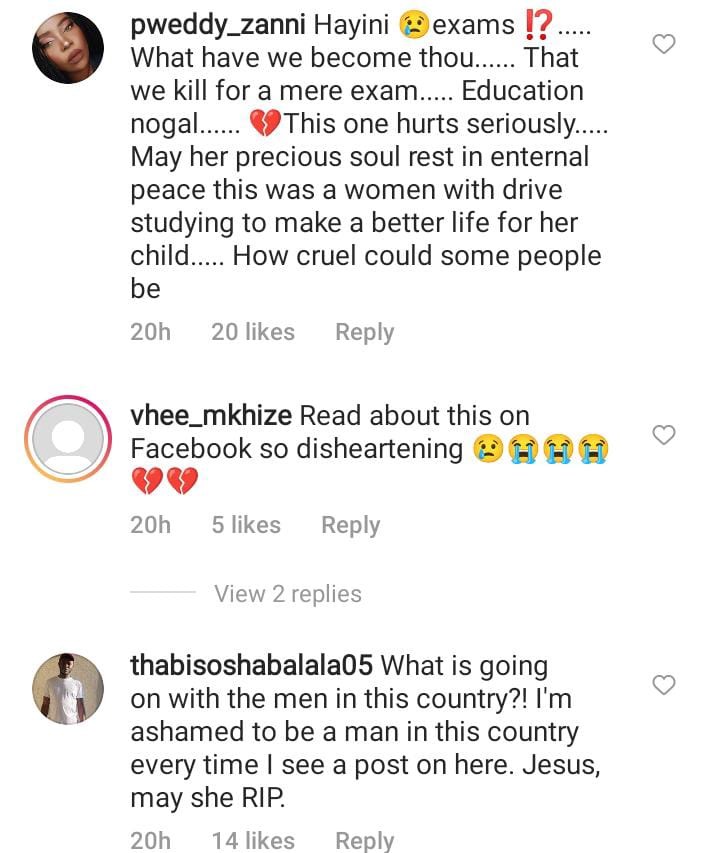 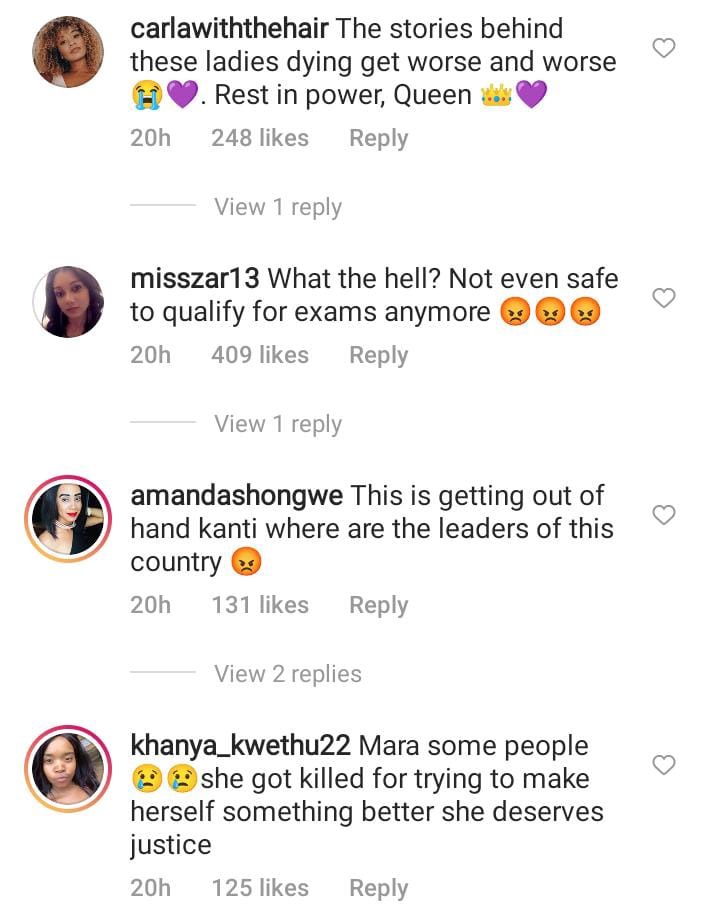