Tragedy happens. By the time police get to the scene, they find three bodies. victims are not known at this time. INSPECT THE DETAILS 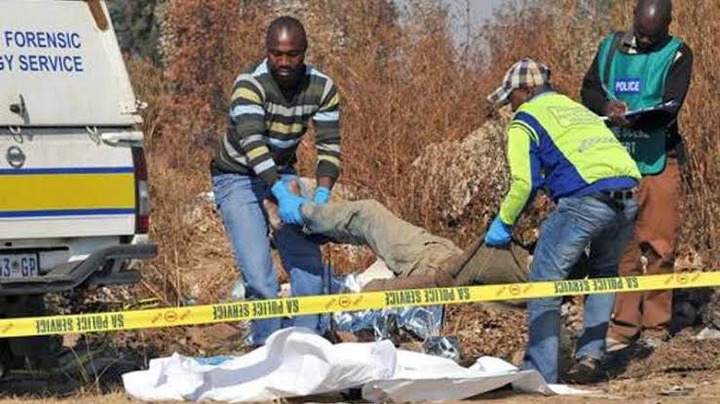 Three unidentified bodies were found near the N6 and R702 highways in Mangaung by the police.

Victims were found lifeless and shot at least nine times in the head, neck and upper body in an open veld, according to authorities.

What we know so far is that they were killed in a brutal manner before being transferred to the area where they were found in the veld by their alleged killers, who are still on the loose, according to police.

In this case, the authorities suspect foul play, but the neighborhood is still in a state of shock after witnessing such a harrowing event.

Using shoelaces to bind the victims' hands behind their backs, authorities believe they were kidnapped during a carjacking. For now, the police have pledged to investigate this matter thoroughly and bring justice to the families of those who were killed.

21 victims of Enyobeni Tavern accident are finally laid to Rest.