A South African fact finder known as BEAST OF NEWS revealed this facts in his Twitter account @EversonLuhanga when he said that " A @SAPolice van was burnt In Klerksdorp, North West after police officers tried to rescue an alleged rapist from angry residents who were assaulting him. The man was accused of raping a 10 year old girl. Residents attacked officers and burnt their van.

Rape is a serious offence in South Africa. The girls whose dignity was Allegedly taken away deserve justice. Although, justice does not entail taking laws into one's hands as the residents of Klerksdorp did.

There have been a lot of recorded cases of rape which have resulted to the citizens or locals questioning whether the government can stop crimes like that, because the accused or perpetrators are not properly dealt with in accordance with the law of the country.

South Africans have been looking or searching for the rapists that rapes their girls and this search have been on for weeks now. 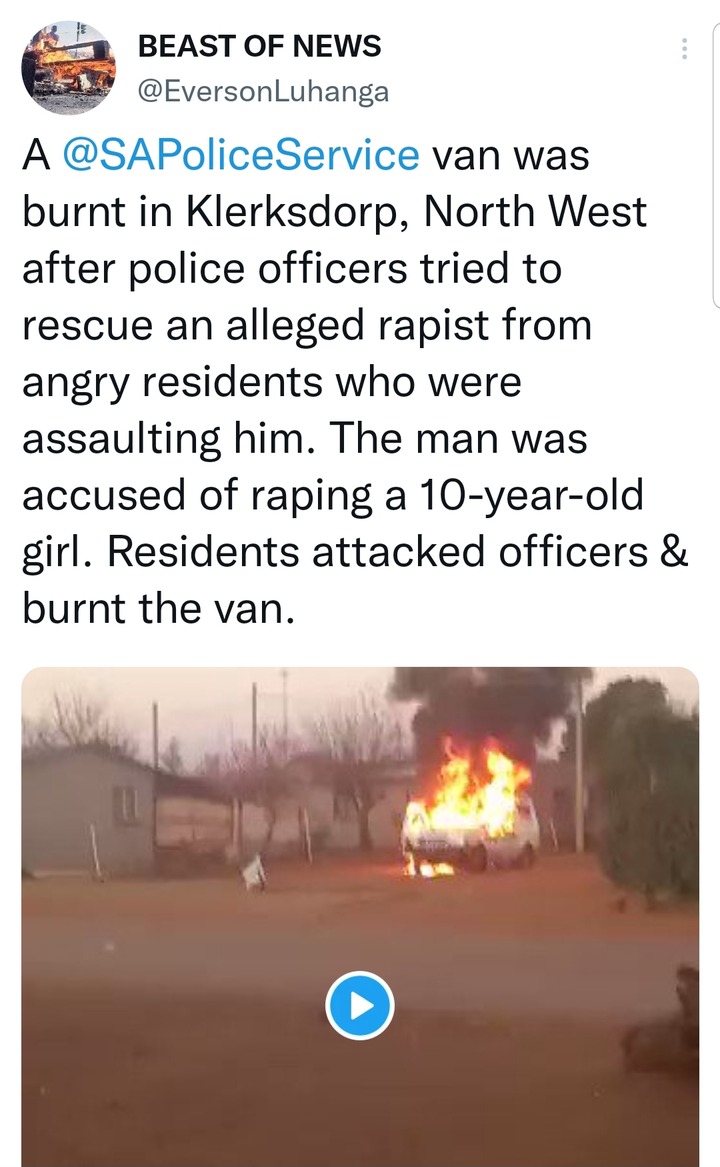 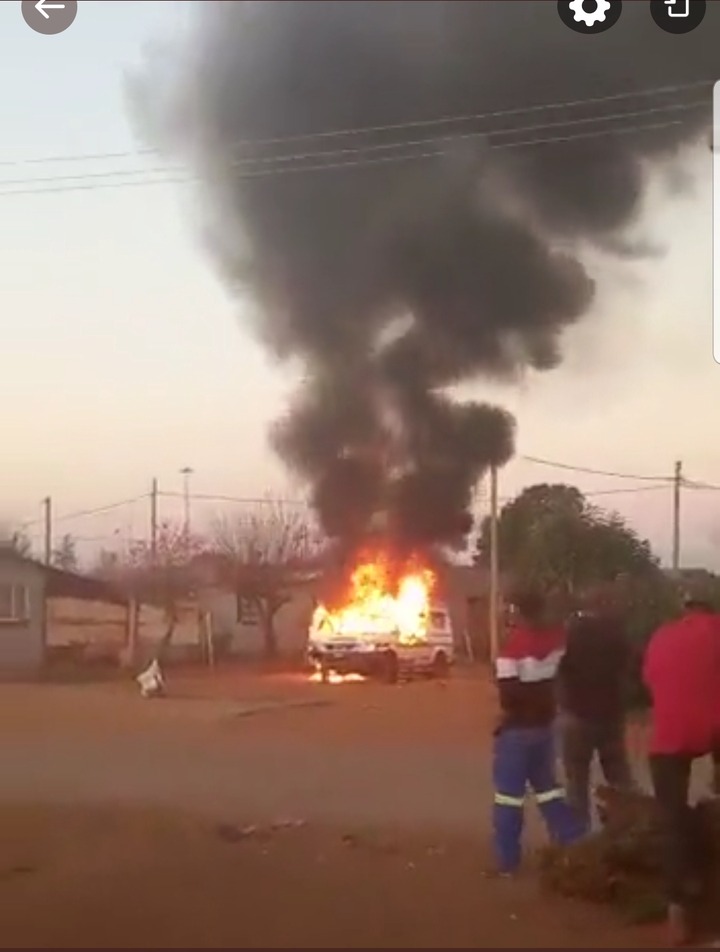