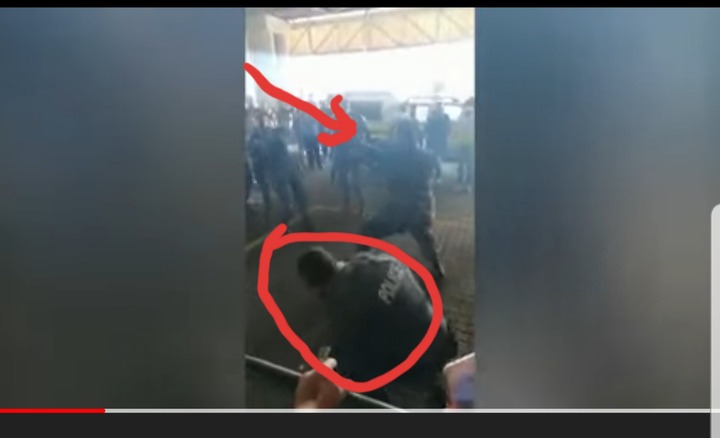 A video of two police officers fighting has already gone viral on the internet and people have been commenting on the video. In the video, one officer was seen fighting off his colleagues with spinning kicks and punches.

So far, the Western Cape police management said they are investigating the matter after a series of video clips went viral online. The incident took place at the Mitchells Plain bus and taxi rank on Thursday.

According to reports, News24 gathered that the officer who used skill to fight with his colleague has been referred to the hospital. The officer has been identified to be stationed in Mitchells Plain. 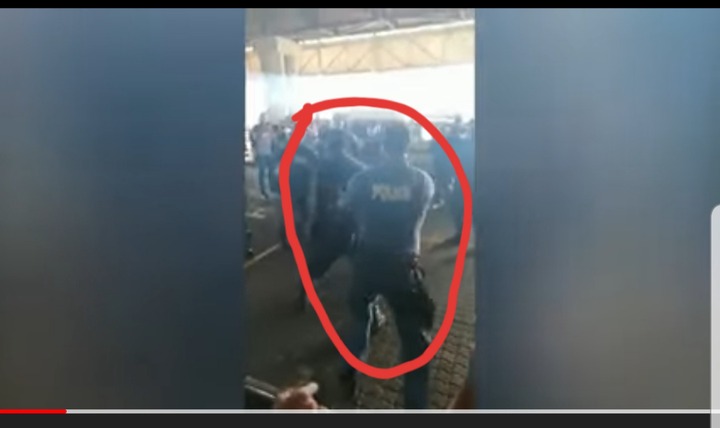 Watch Video Of The Fight Blow

In the video, you can see the police officer fighting karate and flying up and down while his colleagues try to calm him down. Pepper spray was also used as a means to try and calm him down.

Speaking about the incident, eyewitnesses identified as Mishka Jacobs said the officer appeared to be "intoxicated or possessed".

"I don't know if he was on drugs or if he was possessed, but that was not normal. Even when he was pepper-sprayed the first time it didn’t bother him, he continued to throw punches at his colleagues," Mishka Jacobs said. 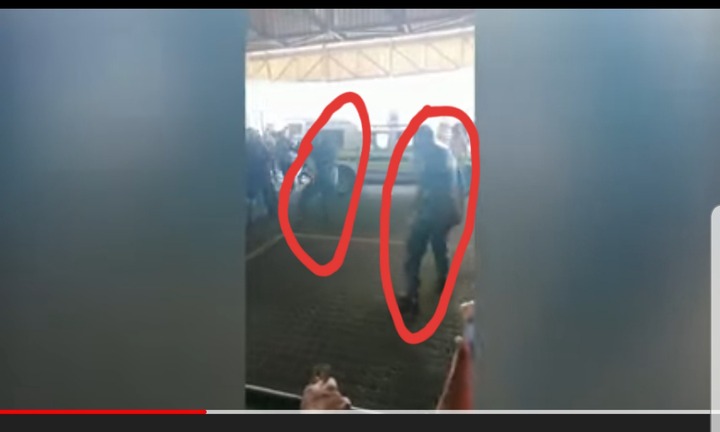 Speaking about the incident, police spokesperson Warrant Officer Joseph Swartbooi said the video has been watched by the SAPS management and they have acted not proper.

“We are [aware] of the incident where a police member stationed at Mitchells Plain SAPS acted out of character,” said Swartbooi.

In your own opinion, what can you say about this report of two police officers fighting? Answer in the comment section.

A police officer has been arrested for Allegedly robbed a shop in Durban.

General Manizo Remanded in custody. See what he did