This is why I keep on saying gender based violence is not a gender based, it is a spirit that has come up on the humans. So we are having a humanitarian crisis, which shows that both females and males they need a serious rehabilitation programs. Even a spiritual intervention, but as long as we are looking at one side of the gender as the papetrators, we can never get this thing right.

Right now a lot of men would feel like women deserve to die or to be abused just because the law protect them at the expense of men. When woman commit crime, yes they do be facing the law for it, but the law is very lenient to punish them, but men are being punished brutally. There is no crime that they can be tolerated from a man that is done against a woman, even a small misunderstanding, but if a woman do the same to men, the justice system become very lenient to them.

They just give them a lighter sentencing or give them little punishment. This is what is making a lot of men angry, a lot of men that have suffered at the hands of women, a lot of men that have been brutalized and abused by women, for them to see the law doing less about it, but doing more to men, it makes them angry. So that way men feels like the law is not on their side. Men feel neglected by the law, men can't lay any complaint that can taken seriously against women. So that is the reason why a lot of men end up taking law into their own hands because whatsoever that woman has done against them cannot be taken seriously.

In other reports where men have reported the case of being abused by women, there have been mocked, not just by ordinary people but even by the police. They have been mocked, a lot of people mocking them asking what kind of a man that can be beaten or allow a woman to do this to him. We are forgetting that the women we know are gone, woman are done with feminism, they sre becoming more like men, that is why some are going to the gym to develop muscles even more than men.

So this gender based violence issue should be attended on both sides. See the the report below 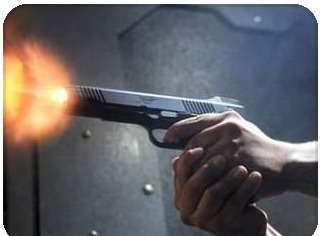 By A Correspondent- A 27 years old Mutare man is battling for life after he was allegedly kidnapped by two gun-toting women and a male accomplice who drugged and administered an overdose of a sex-enhancing substance on him before sexually abusing him.

The incident, which happened on Monday at Mukwena Shopping Centre in Dangamvura, brings to the fore the many facets of sexual abuse at a time when the world was commemorating 16 days of activism against gender-based violence.

He said detectives were on the ground conducting investigations.

“The complainant left home at night to pick up his wife who was at her aunt’s place in the same suburb. The complainant went to Mukwena Shopping Centre Bus Stop where he boarded a white Mazda Verisa which had three occupants; two women sitting in front and a male who was at the back seat,” he said.

Upon reaching Area 16 turnoff, the driver diverted into a road that goes to Destiny area.

“The complainant asked where they were taking him, and the driver told him that she wanted to drop off one of her colleagues.

After driving for a short distance, the driver stopped and parked the vehicle at a secluded place along the gravel road towards Dora Business Centre.

“The complainant sensed danger and tried to bolt out of the vehicle, but the man who was sitting next to him at the back grabbed him by the waist,” said Detective Sergeant Mbato.

He said the two scuffled in the motor vehicle until one of the women drew out a pistol from her handbag and threatened to shoot the complainant.

“She ordered him to calm down before injecting him with an unknown substance on the right thigh. He became unconscious and does not remember what happened thereafter.

“It is not clear how the complainant got back to Mukwena Business Centre, but he later gained consciousness and narrated his story to a security guard. He pleaded with the guard to call his relative to rush to the shopping centre. His relative came and rushed him to Victoria Chitepo Provincial Hospital,” said Detective Sergeant Mbato.

Medical examinations revealed that he had been sexually abused. Detectives handling the case revealed that perpetrators of cases of this nature often harvest semen from their victims or draw blood for ritual purposes.