Two Armed Illegal Foreigners Arrested For Spiking On The N1

Driving in South African big roads at night is no longer safe these days, there has been cases of spiking happening all over the country, people's cars get spiked and when they stop to investigate the punture, they get robbed at gun point, some were even killed during these robberies.

The members of the South African Police Services have managed to make break through and brought to book some of the spikers who were busy on the N1 and the R101 in Limpopo and it seems the people who are involved in these crimes are not South Africans, they have been identified as foreigners.

According to media reports, the two suspects who were arrested on Wednesday are from South Africa's neighbouring countries, one is from Mozambique and the other one is from Zimbabwe and it is alleged that the two are in the country without the documentations that allows them to be in South Africa legally.

Upon their arrest, the police found and illegal firearms with ammunition as well as spikers in the bag they were carrying.

"Two suspects linked to spiking vehicles on the N1, R101 have been arrested next to the mountains of Ysterberg and Zebetiela tollgate. The two illegal immigrants (Mozambique and Zimbabwe) were found with an illegal firearm, ammunition and spikes in the bag," the publication reports

The has been a number of such cases happen around the country and they don't seem to be coming to an end, they are still going to be reported but the question is what is the government doing about it? Are they doing enough to curb these crimes.

There are people's lives which are being cut shot by these illegal foeregner, they never think twice when they commit their crimes, they spoke cars and put those people's lives at a high risk of accidents and when they happen to survive and control the car to safety, some get shot. 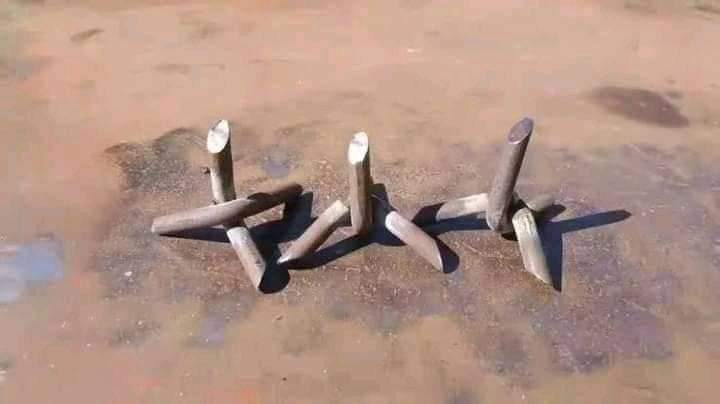 These foreigners are owning the roads and our brother and sister can no longer drive freely in their own country.

Prayer to remove stagnancy in your relationships