The fatal Enyobeni tavern disaster that occurred at Scenery Park on Sunday morning took the lives of 21 young people. According to those who survived the catastrophe, it was not an accident but rather "well-planned murders." Three people who survived the catastrophe said to News24 that a bouncer (security guard) kept throwing the bodies of those who had passed away outside the door before closing it, all while more than two hundred desperate revelers were trapped inside the overcrowded bar shouting, coughing, and gasping for oxygen. 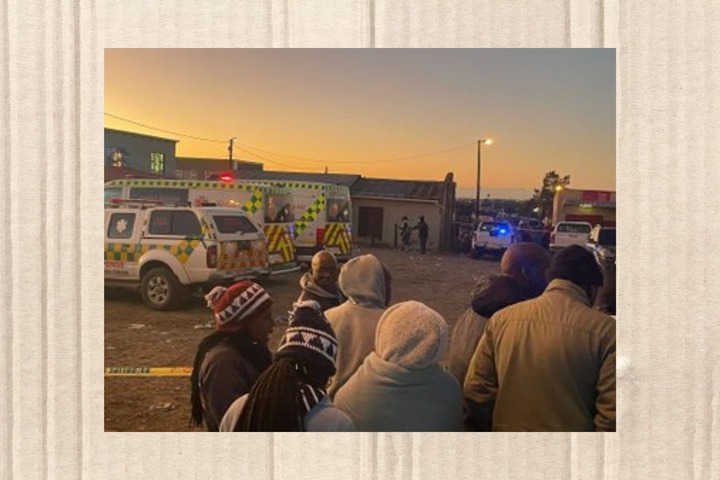 During the course of the event, the deaths of the trio's pals Bhongolethu Ncadana and Mbulelo Rangile occurred. They were part of a larger group of seven pals that made their way on foot from the municipality of Gompo to the bar. During the mayhem that occurred in the tavern, five people, including Afika Sebisi, 17, Luthando Ncandana, 17, and Mbasa Mpafi, 18, had the good fortune to escape without suffering any injuries.

When asked about the final seconds before the tragedy occurred, Ncandana stated that he saw a woman spraying what appeared to be pepper spray in the moments just before the commotion broke out.

Pepper spray was being used by a lady, and we also have reason to believe that tear gas was released. People immediately began to yell. "I was located on the highest floor. According to Ncandana, "I attempted to use the wooden stairs in order to go to the lower floor where the noise was coming from; however, I was unable to pass past the mob." 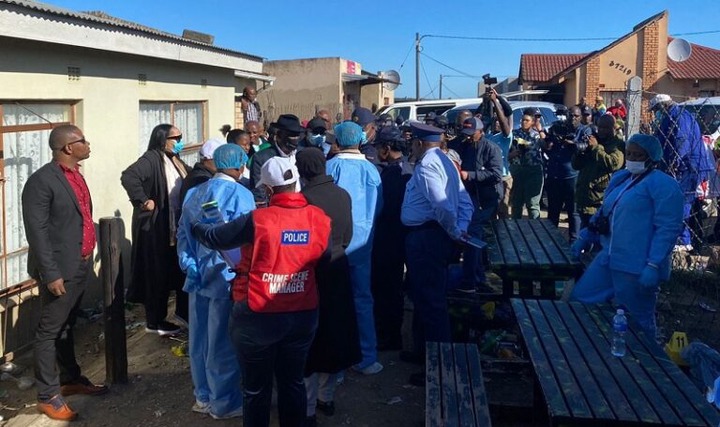 The adolescent was in fact too shaken up to talk about what had happened to him. Sebisi, who was outside at the time, provided a distinct perspective on the events that took place, stating, "The murders were the result of careful planning. "First, the DJs left the bar with music still playing behind uncontrolled, then the lights were cut off, and people started screaming and coughing," claimed Sebisi. "The music was still playing behind uncontrolled."

In addition, there was no loadshedding in the region, he mentioned.

Sebisi continued, "We looked around the place, and all the lights from other houses and streetlights were still on." The three close friends were of the same opinion that the occurrence was not a coincidence. The witnesses went on to describe a well-built bouncer who, supposedly, was preventing people from entering or exiting the club while the chaos was occurring.

In the wee hours of Sunday morning, twenty-one young individuals, the majority of whom were teenagers, were found dead at the tavern under strange circumstances. 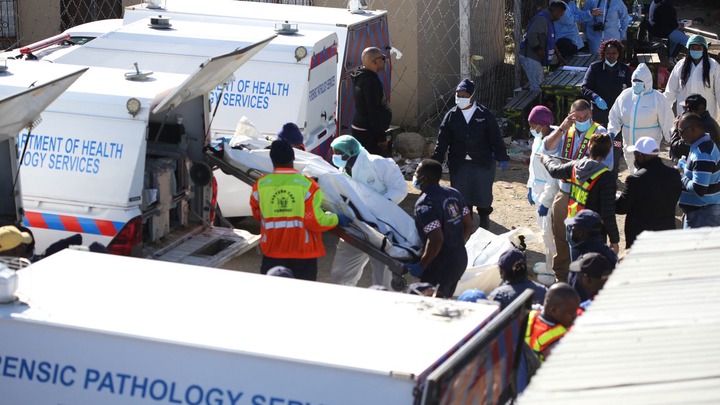 The three individuals stated that they were a part of a crowd of four hundred people that had arrived at the modest bar with two stories in order to participate in an event that provided free WiFi and rounds of booze. Shockwaves have been felt all around the world as a result of the images showing the remains of those who were killed scattered on the dance floor of the tavern, on tables, and in chairs. 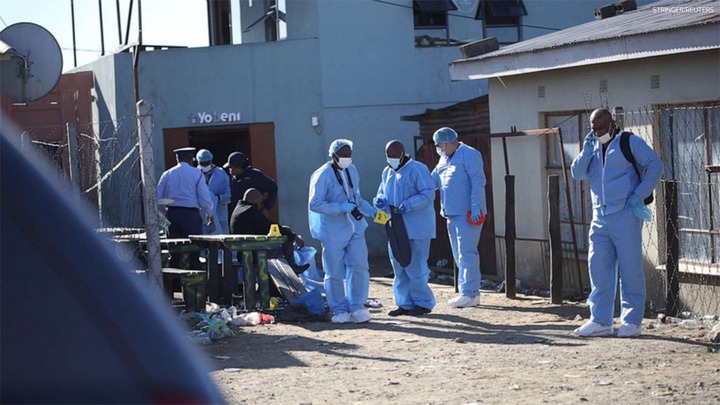 The incident has prompted the opening of an inquest docket, and the police are currently examining it. According to News24's sources, the police are also investigating allegations that the children had smoked from a hookah pipe that contained a poisonous material. Post-mortem examinations of the remains were finished on Sunday evening by the provincial health department, and samples have been sent off to a forensic laboratory to be analyzed in order to ascertain the cause of death.

Additionally, the agency disclosed that it provided medical attention to a few of the survivors who were suffering from headaches, backaches, tight chests, and vomiting. The proprietor of the tavern, Siyakhangela Ndevu, stated on Sunday to the media that he was just as horrified as the rest of the community despite the fact that he was not there at the location when the tragedy occurred. 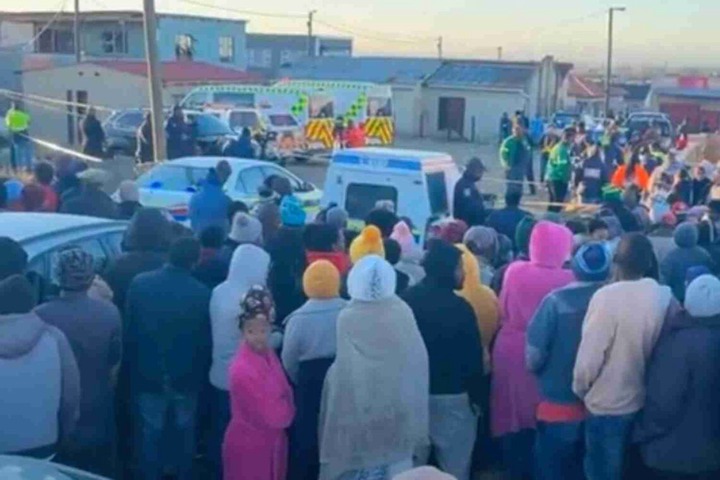 Tavern tragedy: We 'jumped off the balcony' to escape after bouncer locked door - survivors | News24